BAFFLED shoppers are crying fowl play after their Christmas turkeys were replaced with bizarre food substitutes.

Shoppers have vented their anger after receiving beef steaks, jam tarts and pricey "gold-plated" turkeys just one day before Christmas. 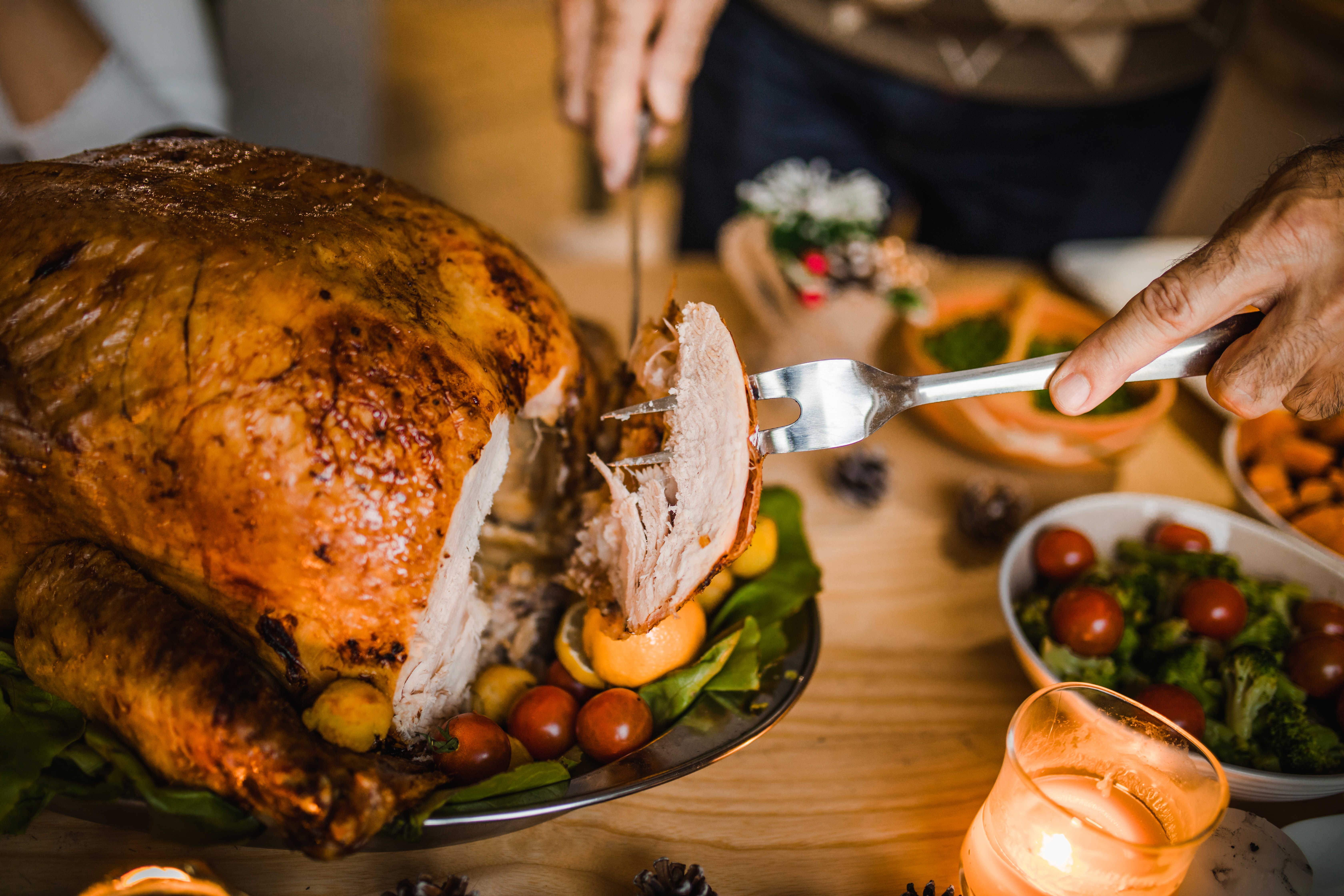 Many have now been left with no option but to serve the mind-boggling alternatives today.

And they feel they have been punished for choosing to shop online rather than brave the crowds at supermarkets.

Max Rick revealed he was given four beef steaks instead of the turkey he ordered from Sainsbury's.

He tweeted: "Not only is this the most ridiculous substitution ever, I have been reliably informed that they not only have the obvious substitute (chicken) in store they have turkey!!!!" 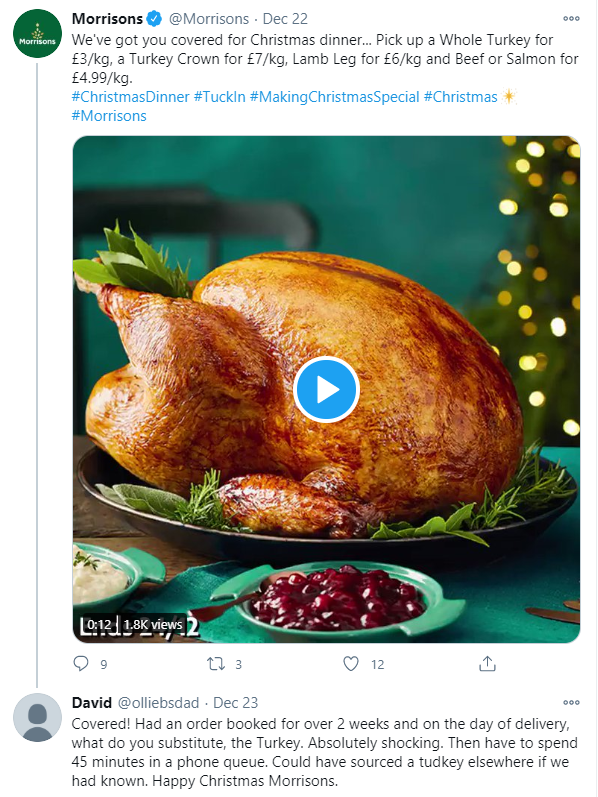 Robert Shrimsley said: "Our grocery delivery has substituted our christmas pudding for jam tarts (jam tarts!) and now i really do feel like christmas has been cancelled."

Kat Whittaker received a "gold-plated" turkey in her shopping – adding another £57 to her order.

She said: "My daughter’s Christmas food delivery, planned and ordered from Sainsbury’s weeks ago, has been gazumped by panic buying in the shops.

"So no Christmas pudding (or even a substitute) and the large Turkey has been replaced by a smaller (gold-plated?) one costing £57! WT****"

A handful of shoppers also received huge turkeys when they ordered a small crown due to the tightening of Covid restrictions.

Suzy Billing was among those substituted a massive bird instead of the small turkey she wanted – and now fears it won't defrost in time for Christmas dinner.

She said: "Yeah thanks @asda for delivering me a substitute Turkey which is 6.5kg and frozen and will thaw out by Boxing Day eve!!!

"Not impressed! From a very loyal customer!" 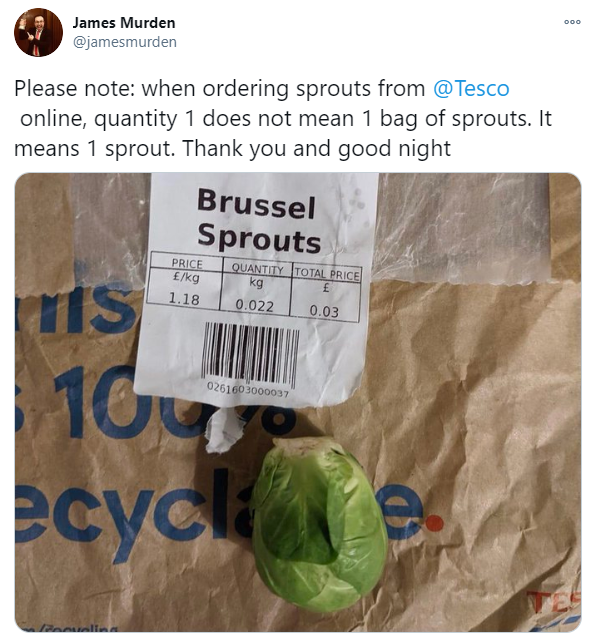 Mhairi Hunter wrote: "I had ordered a small turkey crown but the supermarket has sent me a whole turkey!

"This is Covid Christmas, they are literally giving turkeys away. There are only 3 of us. Will actually be eating turkey for a week."

Diane Cox opted for a home delivery from Morrisons as her husband is vulnerable and placed the order well in advance.

But her turkey and even the Christmas pudding were missing when it showed up yesterday.

She said: "On delivery the turkey and the Christmas pudding were missing with no substitutes. Very disappointed."

While one shopper issued a warning to those buying online after mistakenly ordering a single sprout costing just 3p for his family's dinner.

James Murden said: "Please note: when ordering sprouts from @Tesco online, quantity 1 does not mean 1 bag of sprouts. It means 1 sprout. Thank you and good night."

The TV presenter later revealed a "whole family" of sprouts had arrived in time for Christmas.