POOR old James Nesbitt got a bit of a kicking this week after his production company shut down a filling station so they could film a scene for a new drama series.

Naturally, people were jumping up and down and frothing at the mouth, saying they were unable to fill their plant pots and carrier bags with petrol and that he’d been incredibly selfish. 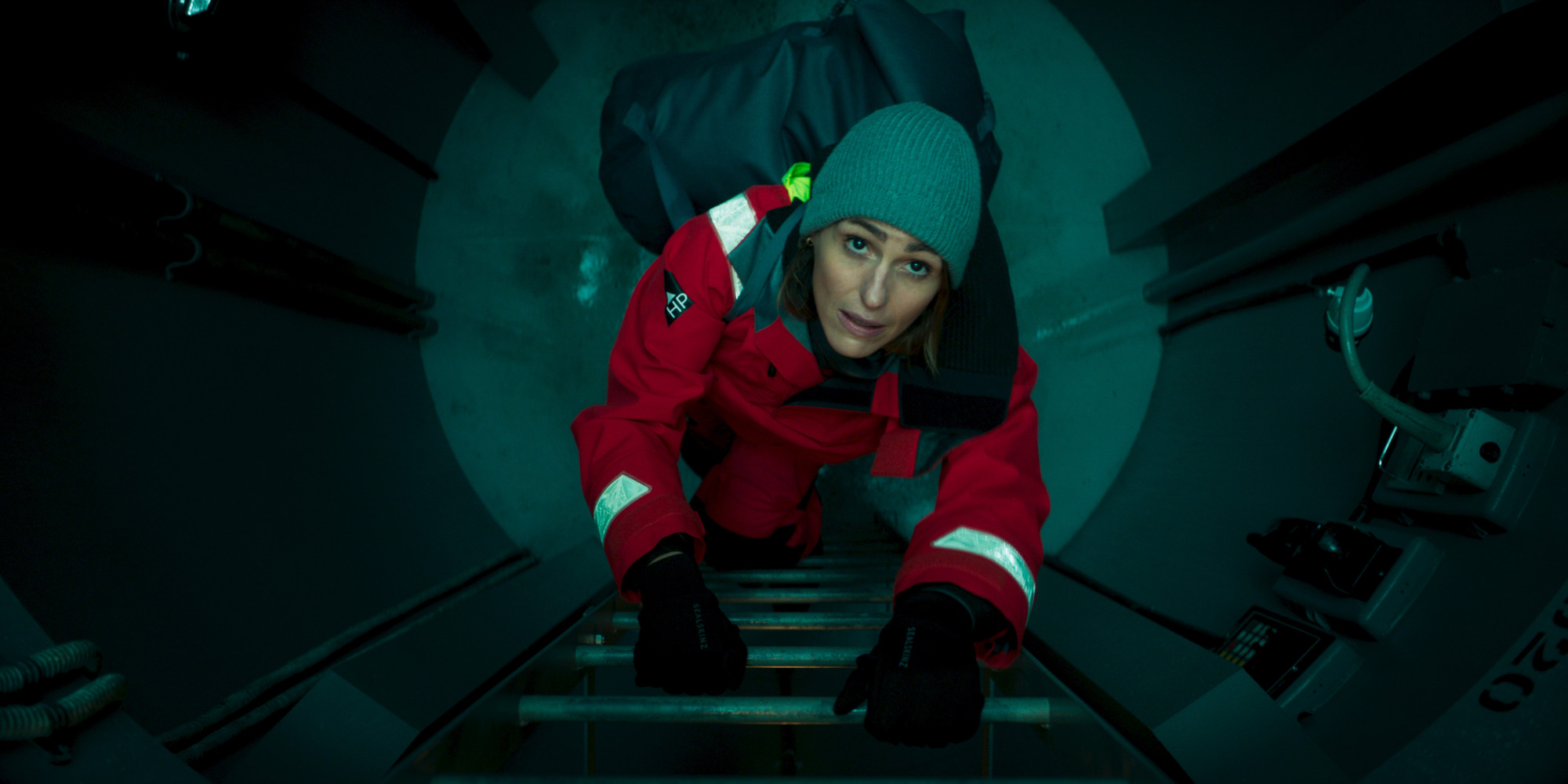 Yeah, but hang on a minute. Have you considered the possibility that James had to film that scene in the petrol station because there was no alternative?

Today, there’s a huge demand for very high-quality television. Which is why you’ve got Netflix and Amazon and the BBC and Sky and ITV and Disney and countless others all rushing about trying to keep the schedules filled with stuff we want to watch. And this is causing problems.

Last year, when travel abroad was nigh on impossible, I decided to take the Grand Tour to the Outer Hebrides. This seemed like a good idea.

But when we arrived, we found that Joanna Lumley was also there doing her show.

And so was Paul Whitehouse and those guys from A League Of Their Own.

As the island we’d all selected was quite small, we had to take it in turns to shoot scenes. And at night, the local bar looked like the Green Room at the Baftas*.

More recently, we tried to film in Derbyshire, but that was full of Tom Cruise making Mission: Impossible 975 so we switched to Kent, where we had to wait for Fiona Bruce to finish a piece to camera about wardrobes before we could begin.

And even then, we had to be quiet because Chris Packham was in a nearby bush, filming beavers.

To make matters worse, TV production companies now have an even bigger problem, because all of the nation’s fuel is currently being stored in old washing-up bottles in people’s cellars.

This means there’s none left for TV people, which means they are forced to film close to their offices. 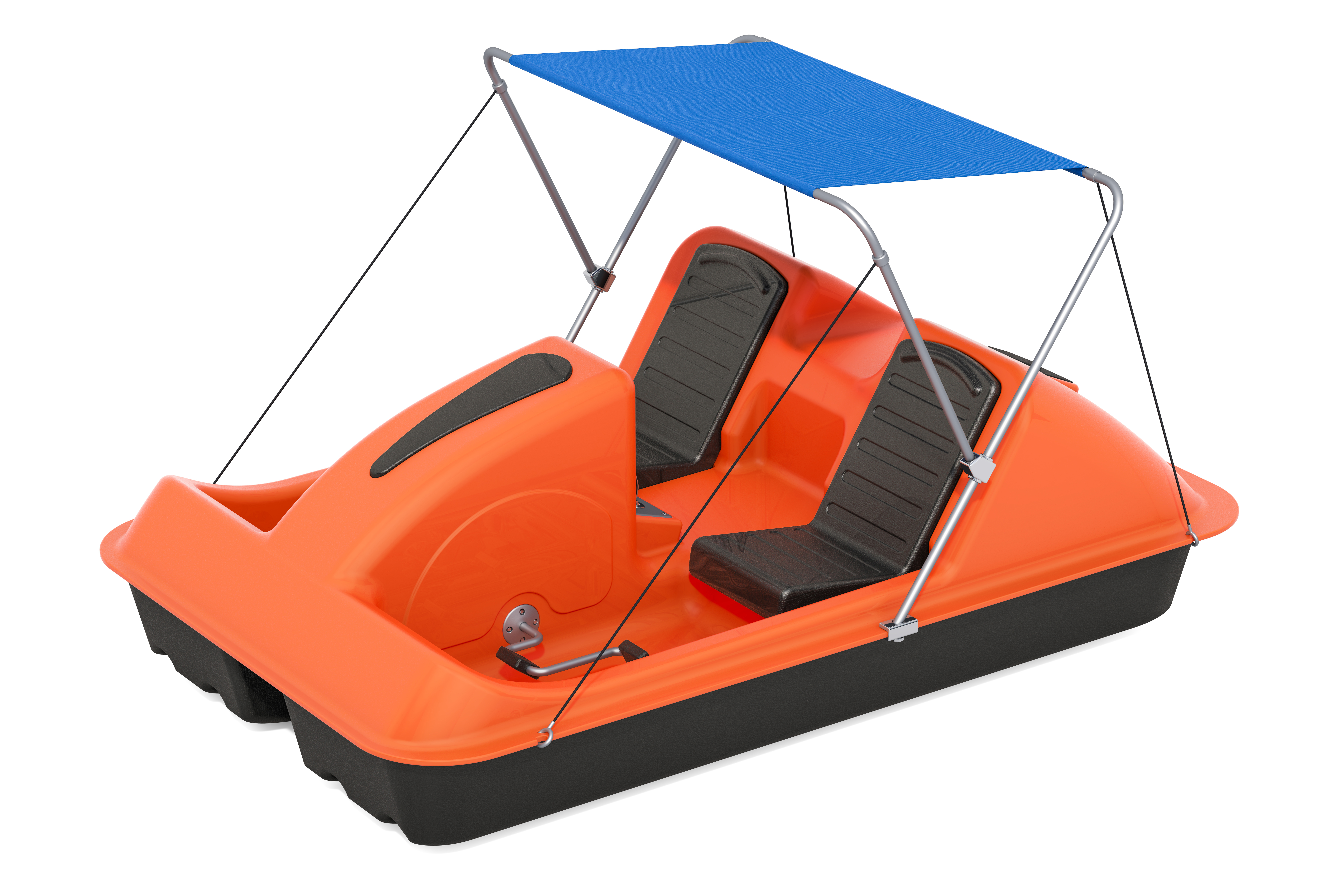 That’s why the next series of the submarine drama Vigil is going to be shot in a pedalo on the Manchester Ship Canal and Michael Palin’s next travel series will be set in a phone box off London’s Edgware Road.

It’s also, presumably, why James Nesbitt was in that petrol station at night.

Because during the day they were using it to make the next series of Call The Midwife.

And we really shouldn’t complain, because we can’t go anywhere either.

Which means we are all stuck at home with nothing to do but watch the telly.

* I assume. I’ve never been invited.

LAWYERS seeking to nail Prince Andrew submitted documents to the American courts this week, which said: “In this country, no person, whether president or prince, is above the law and no person, no matter how powerless or vulnerable, can be deprived of the law’s protection.”

Right. I see. So if that’s the case, how come the Americans continue to shield Anne Sacoolas, who was supposedly driving the car that hit and killed British motorcyclist Harry Dunn?

Why, if no person is above the law, do they not send her back to Britain to stand trial?

AS we know, there are many symptoms of Covid-19.

Yup. Doctors in Japan say that a Covid sufferer developed a symptom which meant he felt the need to constantly jiggle and scratch his, er, back bottom.

Hmmm. I’ve just started growing chillies, and after sampling a Colorado Reaper this week, I had the exact same thing.

AS we know, everyone in Scotland is on heroin apart from Nicola Sturgeon, who’s on something else.

I’m not sure what exactly but it makes you small, squeaky and annoying.

Anyway, the nation’s top legal mind, Mr Chase McDragon, has decided that from now on, the police should arrest people who are caught selling drugs but only warn those who are using them.

Speaking to reporters, he said: “I mean, you can’t walk into a restaurant, roll a joint and start puffing away. But you can smoke in your home or certain designated places.

“It breaks down like this, OK: It’s legal to buy it, it’s legal to own it but it’s illegal to carry it.

"But that doesn’t matter because – get a load of this – if you get stopped by a cop in Scotland, it’s illegal for them to search you.

"I mean, that’s a right the cops in Scotland don’t have.”

I wonder where he got the idea from. 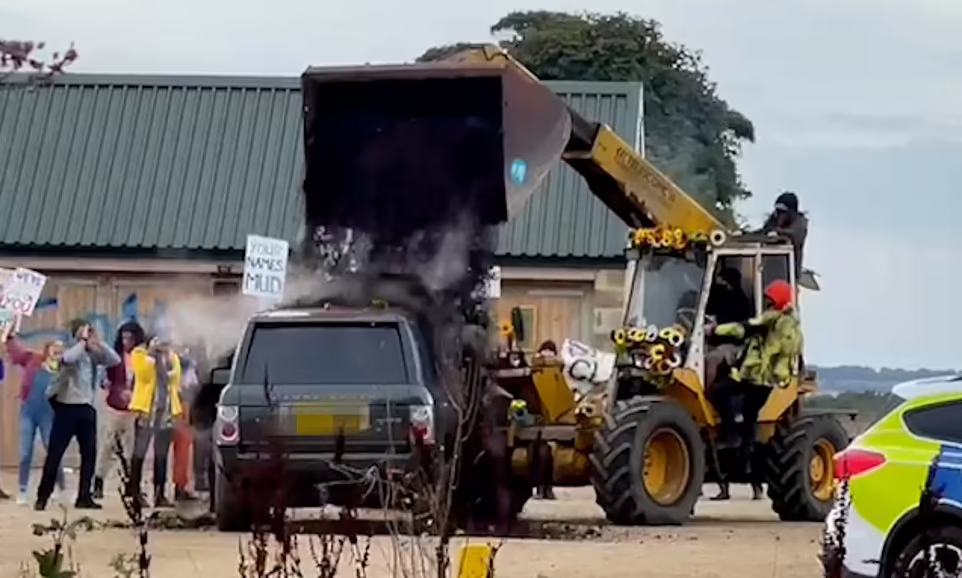 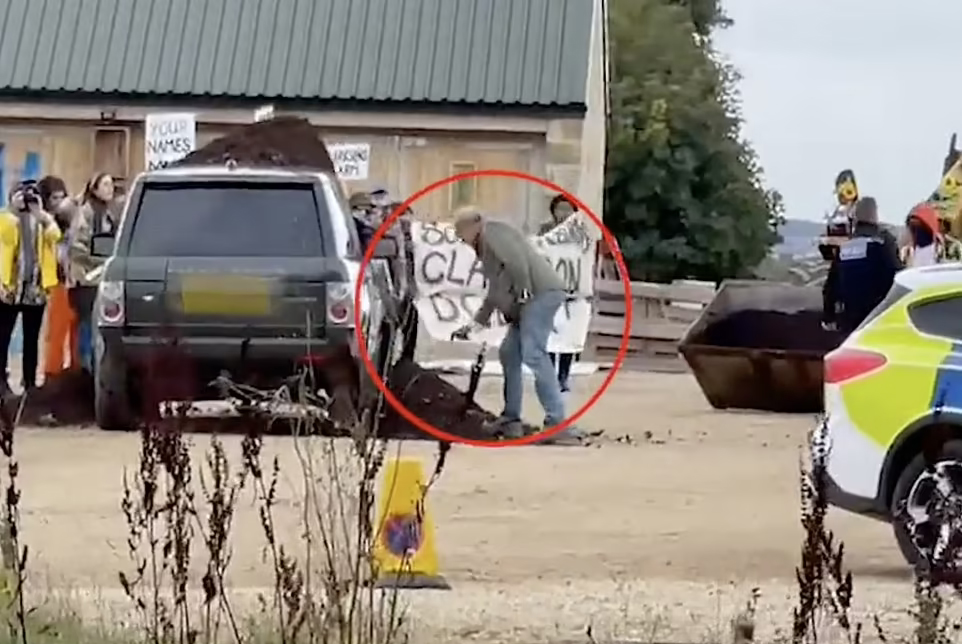 THERE were reports this week that eco-protesters had targeted my farm shop and used a tele-handler to dump three tons of manure on my car.
Not true.

As my tractor driver Kaleb said: “You couldn’t get three tons of manure in a telehandler’s bucket.”

Also, the more eagle-eyed will have noticed that two of the “protesters” were Ant and Dec. 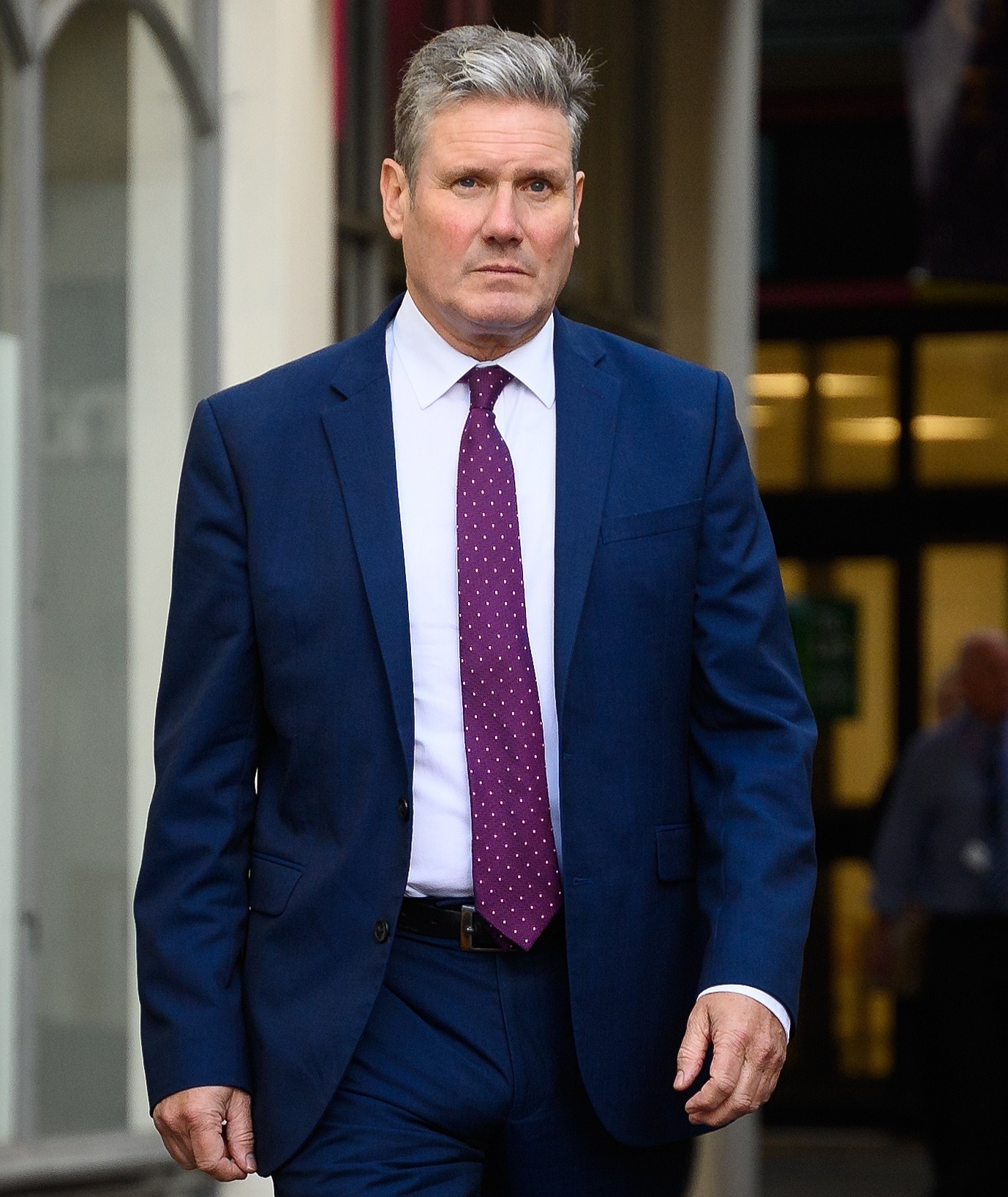 SIR Starmer tried to win favour at the idiotic Labour Party Conference this week by saying his dad was a humble toolmaker and his mother-in-law was Jewish. Yeah, right.

And his auntie was an alpaca, his cousin was a whale, all his best friends at school were Africans and he didn’t get his first pair of shoes until he was 32 years old.

Strangely, he never thought to mention that his grandad was made of Lego.

And that he’s inherited his hair. 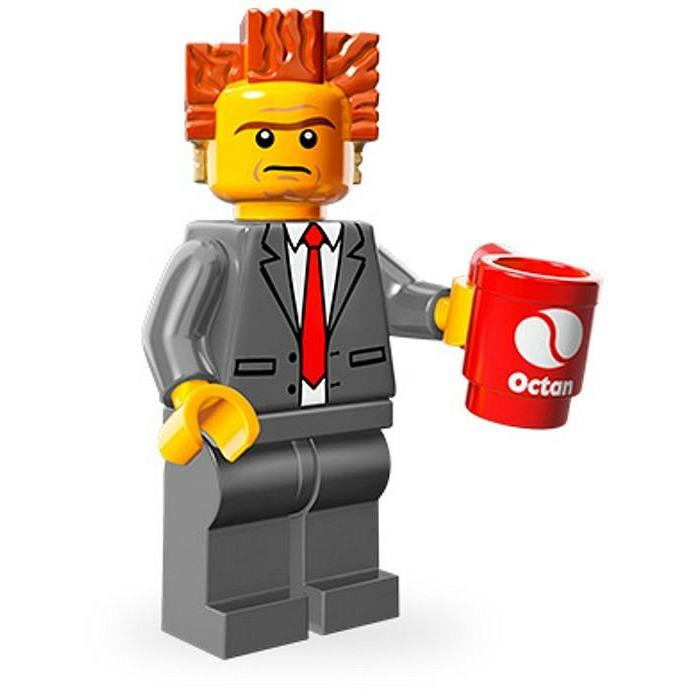 Charlize is my wheel deal

IN a ridiculous survey to find the best movie car of all-time, James Bond’s ponderous Aston Martin DB5 has come out in first place, followed by that stupid DeLorean from Back To The Future and the winged Ford Transit van in Chitty Chitty Bang Bang.

Rubbish. These are just the cars that non-car people could think of when they were given the questionnaire. 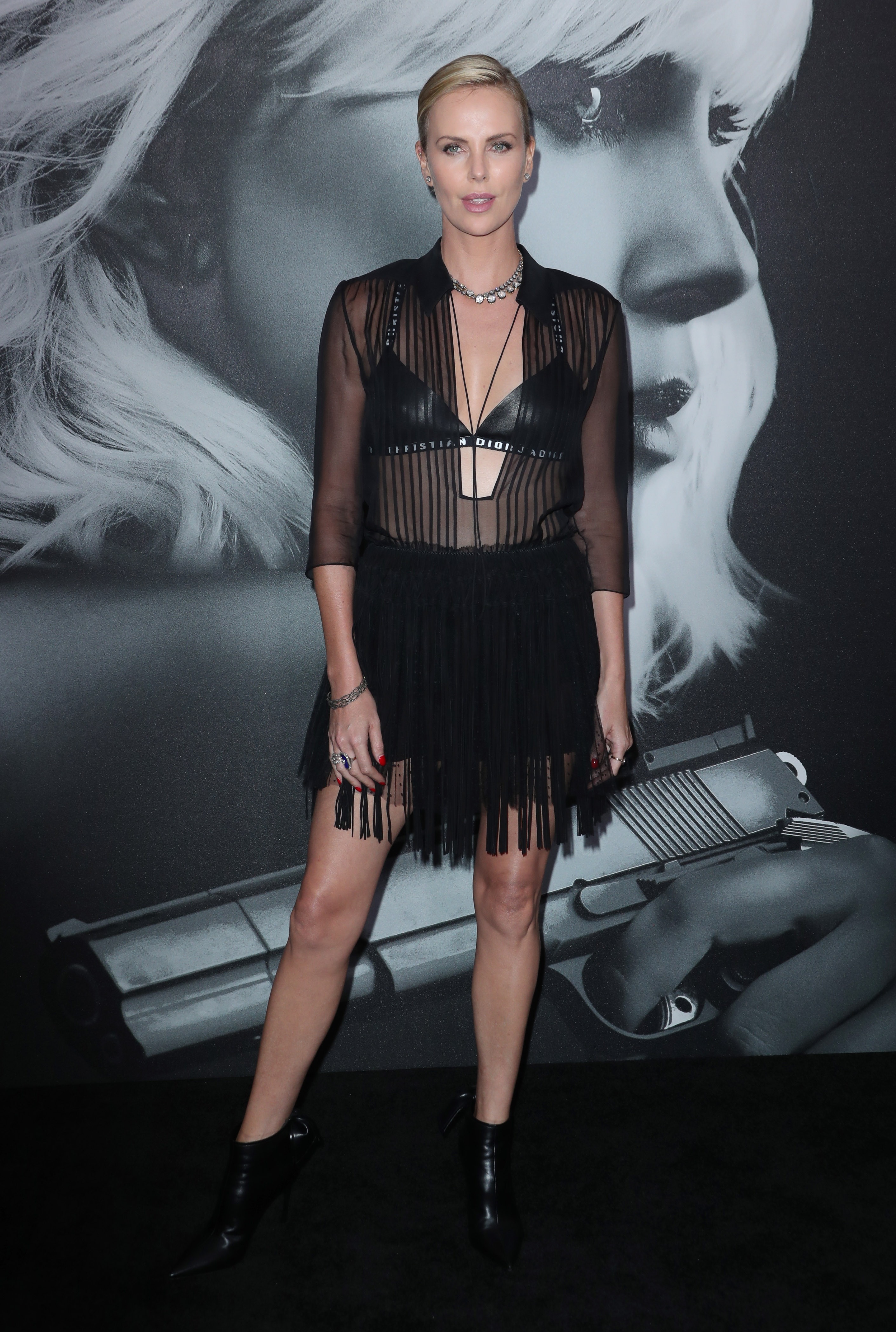 In fact, the best movie car of all time was the Alfa Romeo Giulietta Spider used by Edward Fox in The Day Of The Jackal.

Or maybe the Dodge Challenger from Vanishing Point. Which was driven by Charlize Theron. In my mind . . .

THE increasingly unhinged news people at the BBC decided this week they should do a report on how sky-high property rental costs mean young people in rural Britain can no longer afford to put a roof over their heads.

So the reporter toddled off to Devon, where he found – surprise, surprise – a lesbian couple who sobbed a lot and said that everything that came on to the market was snapped up immediately at a price they couldn’t afford.

And then, almost immediately, they said they had found somewhere at the right price and were very happy.

A normal reporter would realise this made his story look a bit pointless and find someone else to interview.

But weirdly he didn’t. Probably because they were the only gays in the village.

And on the BBC, the views of straight people no longer count.