A FRAIL-looking Harvey Weinstein was seen with a support strap around his chest as he touched down in LA to face sex assault charges.

The disgraced movie producer, 69, arrived on a private jet on Tuesday after being extradited from New York for a Los Angeles court hearing. 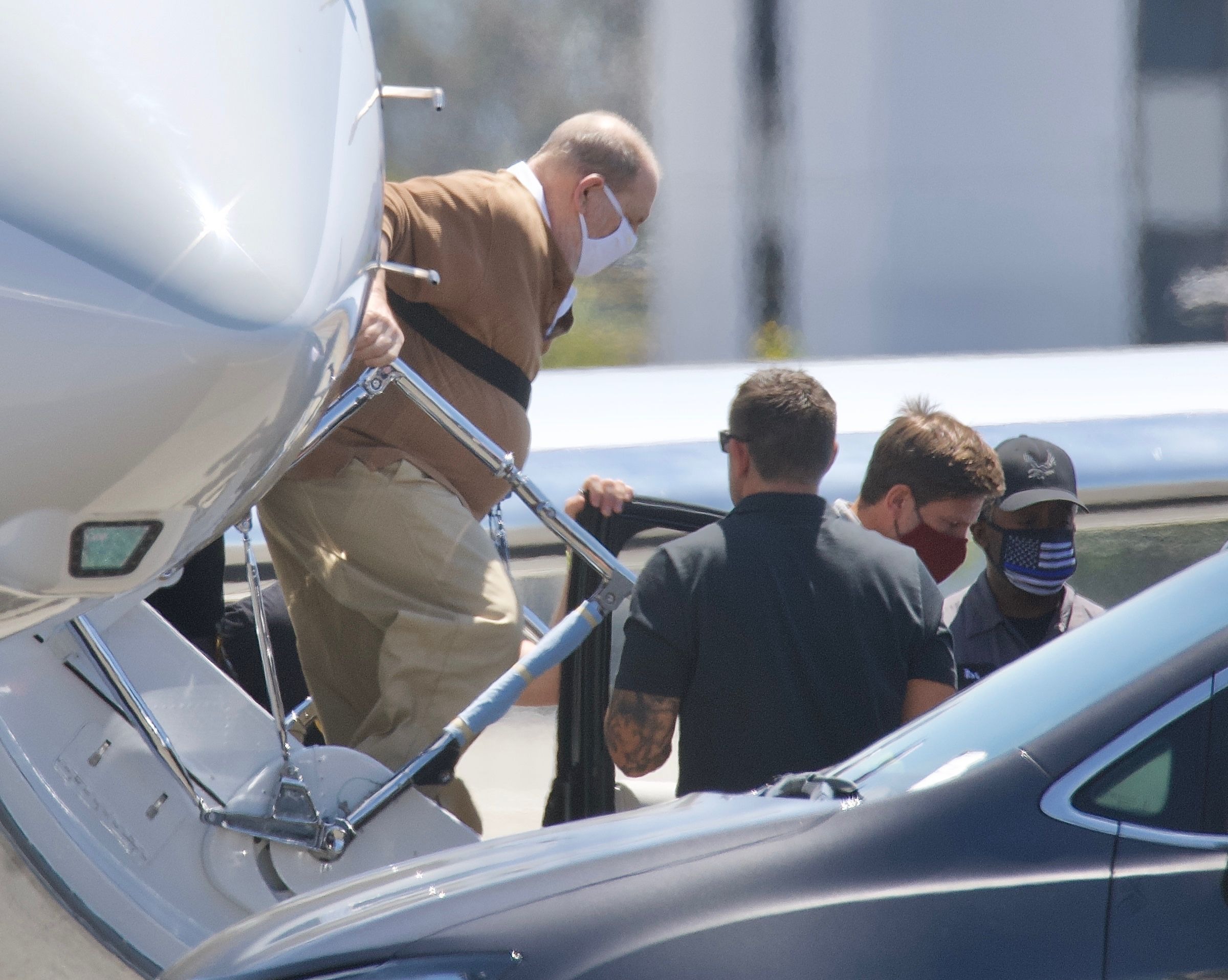 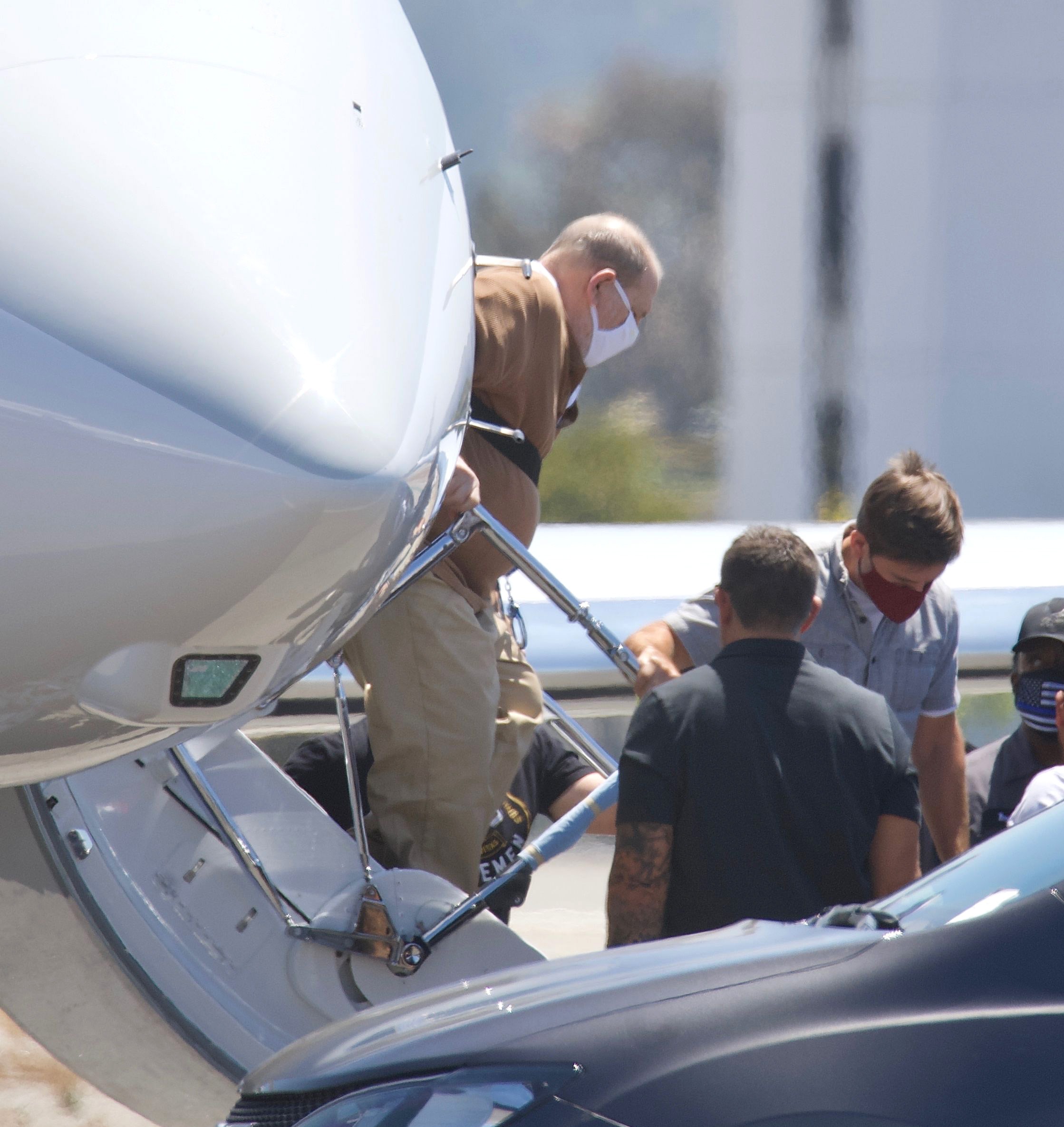 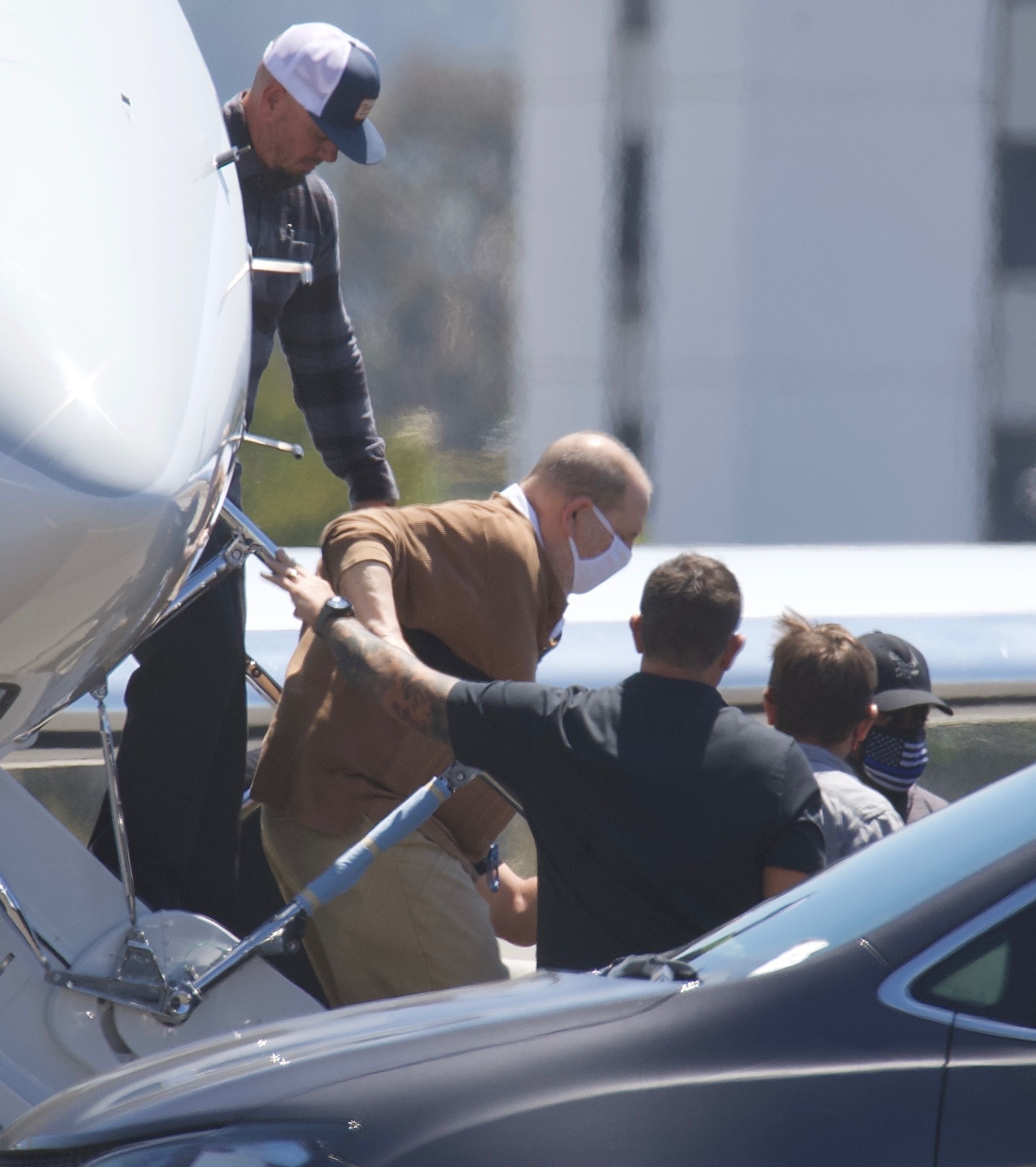 The people transporting Weinstein, who uses a walker, appeared to be holding him up using a chest strap as he exited the plane.

His initial hearing is scheduled for 1.30pm on Wednesday to answer for charges related to assaulting five women in Los Angeles and Beverly Hills between 2004 and 2014.

Weinstein is facing 11 counts of rape and sexual assault, charges that could carry a maximum sentence of 140 years.

The disgraced producer has maintained his innocence and insisted that any sexual activity was consensual.

Weinstein's lawyer had been trying to fight his extradition to LA, citing health concerns.

Weinstein is currently serving a 23-year sentence in New York after being found guilty of rape and sexual assault in March 2020.

He was convicted of raping an aspiring actress in New York City in 2013 and sexually assaulting a production assistant at his apartment in 2006.

In addition to his convictions and the charges he's facing in LA, it is believed that at least 100 women have accused Weinstein of sexual misconduct.

Many of them say they were raped or sexually assaulted by the former film producer.

It has also been alleged that Weinstein blacklisted many of the women who have accused him of misconduct.

Actress Rose McGowan said that Weinstein raped her and derailed her career.

Director Peter Jackson said the mogul discouraged him from casting Mira Sorvino and Ashley Judd in his films.

Both actresses say they were harassed by Weinstein.

The many allegations against the producer skyrocketed the #MeToo movement into the national spotlight.