BORIS Johnson yesterday unveiled a £96billion package to improve trains across London, the Midlands and the North.

Passengers were told to look forward to faster journey times with the long-awaited launch of the ultra-quick HS2 lines. 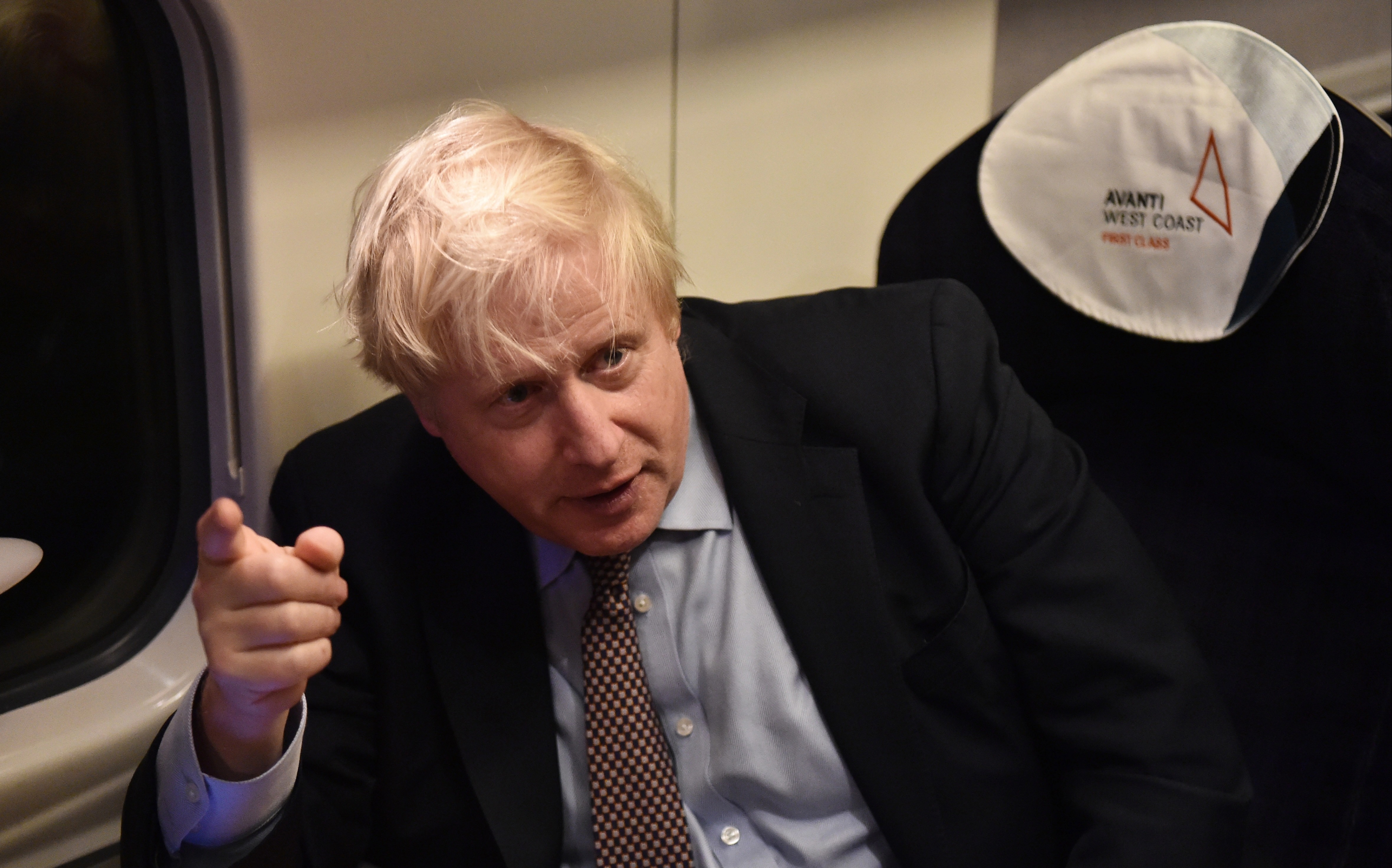 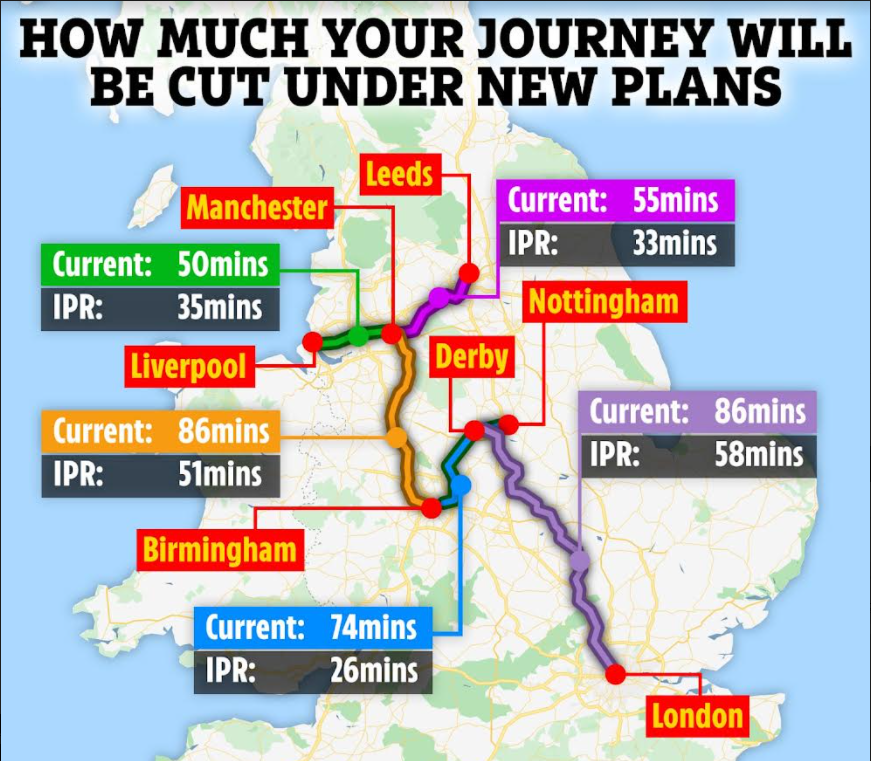 But people in the North East were left bitterly disappointed after the promised eastern leg of the route was scrapped, meaning they won't enjoy the quicker times as previously hoped.

Labour branded the Integrated Rail Plan the Great Train Robbery and said the PM had betrayed the North.

Mr Johnson shot back that this was "total rubbish" and insisted the plans would drive through his levelling up agenda.

So how will the overhaul actually affect your journeys?

Boris Johnson is very keen to claim that his rail revolution will get people around the country quicker.

According to the government's analysis, train journey times across the board will be cut with a mixture of high speed rail and upgrades to existing lines.

Under the overhaul a journey from London to Nottingham will be slashed from 92 minutes to 57 minutes, a dramatic 35-minute reduction.

And trains from Birmingham to Manchester will take as little as 41 minutes rather than the current 86 minutes.

A full list of the estimated future rail times across the country can be found here.

2. BUT NOT QUITE SO FAST

Ministers are less keen to highlight areas in the North East that would have benefited from the eastern leg of HS2, which has been scrapped.

As part of original plans, a high speed line would have whizzed passengers from Birmingham to Leeds in just 41 minutes.

But now HS2 will instead go to Nottingham, a trip from the West Midlands to Yorkshire is estimated to take 89 minutes.

It's still quicker than the current 118 minutes – but not nearly as fast as initially proposed.

Similarly the watered-down plans for a Northern Powerhouse Rail line connecting Manchester with Leeds means it won't be as quick as hoped.

Ticketing across the Midlands and North will also be upgraded as part of the Integrated Rail Plan.

It will replicate services in London where passengers can tap in at barriers with contactless cards for ease, ministers promise.

The plan says they will be able to "tap in and out with a debit or credit card, ending the need to queue at ticket offices or excess fare windows, automatically charging passengers the best fare, avoiding the confusion that many feel over tickets".

A three-year time frame has been pencilled to bring in the changes.

The Integrated Rail Plan vows to increase capacity on key routes across the Midlands and the North.

With HS2 and upgrades, it says capacity will double on the Leeds-Manchester line.

But like train times, critics say capacity would not be what it was if the PM hadn't scrapped the eastern leg of HS2 or scaled back the Northern Powerhouse Rail.