Four men have been charged with murder over the downing of Malaysia Airlines flight MH17, which killed 298 passengers and crew.

Almost five years after the Boeing 777 jet was shot down above eastern Ukraine on 17 July 2014, an international team of investigators announced that three Russians and a Ukrainian were to be “held accountable” for transporting the missile system used to its launch site.

The three Russians were named as Igor Girkin, 48, Sergey Dubinskiy, 56, and Oleg Pulatov, 52, while the other man was identified as 47-year-old Leonid Kharchenko. 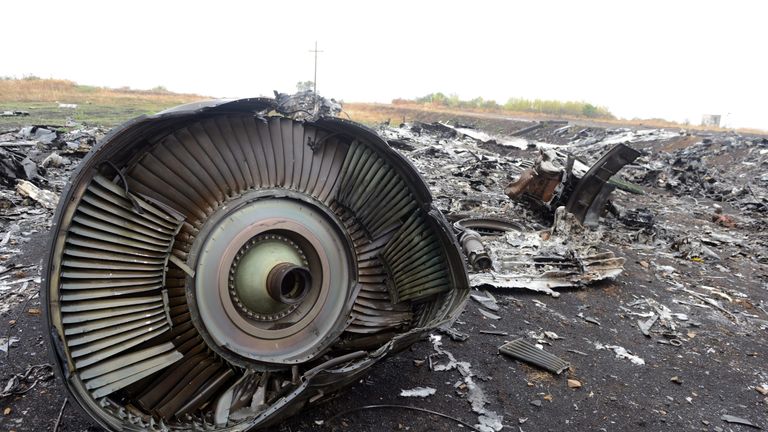 Girkin is a former colonel of the FSB, the Russian security service, Dubinskiy was once employed by GRU, the Russian military intelligence service, and Pulatov is an ex-soldier of the Spetznaz, the GRU special forces. Kharchenko is the only suspect with no military background.

The international team of detectives and prosecutors investigating the crash said the men had “co-operated closely” to obtain the weaponry – a 9M38 variant of the Buk missile system used by Russia – and position it in advance of it striking the passenger plane, which was heading from Amsterdam to Kuala Lumpur.

Speaking at a news conference at The Hague, Dutch police chief Wilbert Paulissen said their murder trial would begin at the same court on 9 March 2020 – although the men are unlikely to appear as their countries do not recognise extradition requests and are unlikely to co-operate with the investigation.

Chief prosecutor Fred Westerbeke said the failure by Russia to aid the investigation was a “slap in the face” to the families of those who died.

“We have established that there has been involvement of the Russian Federation because they made available the missile that was used to shoot down MH17,” he said.

“The Russian federation has not disclosed anything that happened and that is a slap in the face for all the relatives of the victims, and I call out to them to start co-operating.” Kremlin spokesman Dmitry Peskov said on Wednesday that Moscow did not trust the investigation, but claimed that there had been a willingness to help.

He told reporters ahead of the news conference: “Russia was unable to take part in the investigation despite an interest right from the start and trying to join in.”

British Foreign Secretary Jeremy Hunt said Russia “must now cooperate fully with the MH17 prosecution” and provide any assistance requested in accordance with its role on the UN Security Council.

He added: “The shooting down of MH17 nearly five years ago and the tragic deaths of the 298 people on board, including 10 British people, was a horrific crime. The family and friends of those who died deserve justice.

“The UK offers its support to the prosecution process and has complete confidence in both the joint investigation team and the Dutch criminal justice system.” Relatives of the victims were briefed on the updates provided in the news conference beforehand.

Silene Fredriksz-Hoogzand, whose son Bryce and his girlfriend Daisy Oehlers were among those killed, hailed the charges for the four suspects as a “good start”.

She said the charges were “what we hoped for”, and said she blames Russian President Vladimir Putin directly because he made the attack possible.

She added: “I think it is disgusting, they deny everything. They don’t cooperate, nothing.”

Mr Paulissen said more suspects could be identified at a later date, including those “higher up the chain of command”, but added that there is not yet sufficient evidence to do so.