FIRMS are set to be barred from furloughing more staff as the Government looks to wind down the scheme.

Rishi Sunak is expected to announced the slow end of the emergency funds set aside to help struggling companies through the first phase of the coronavirus crisis. 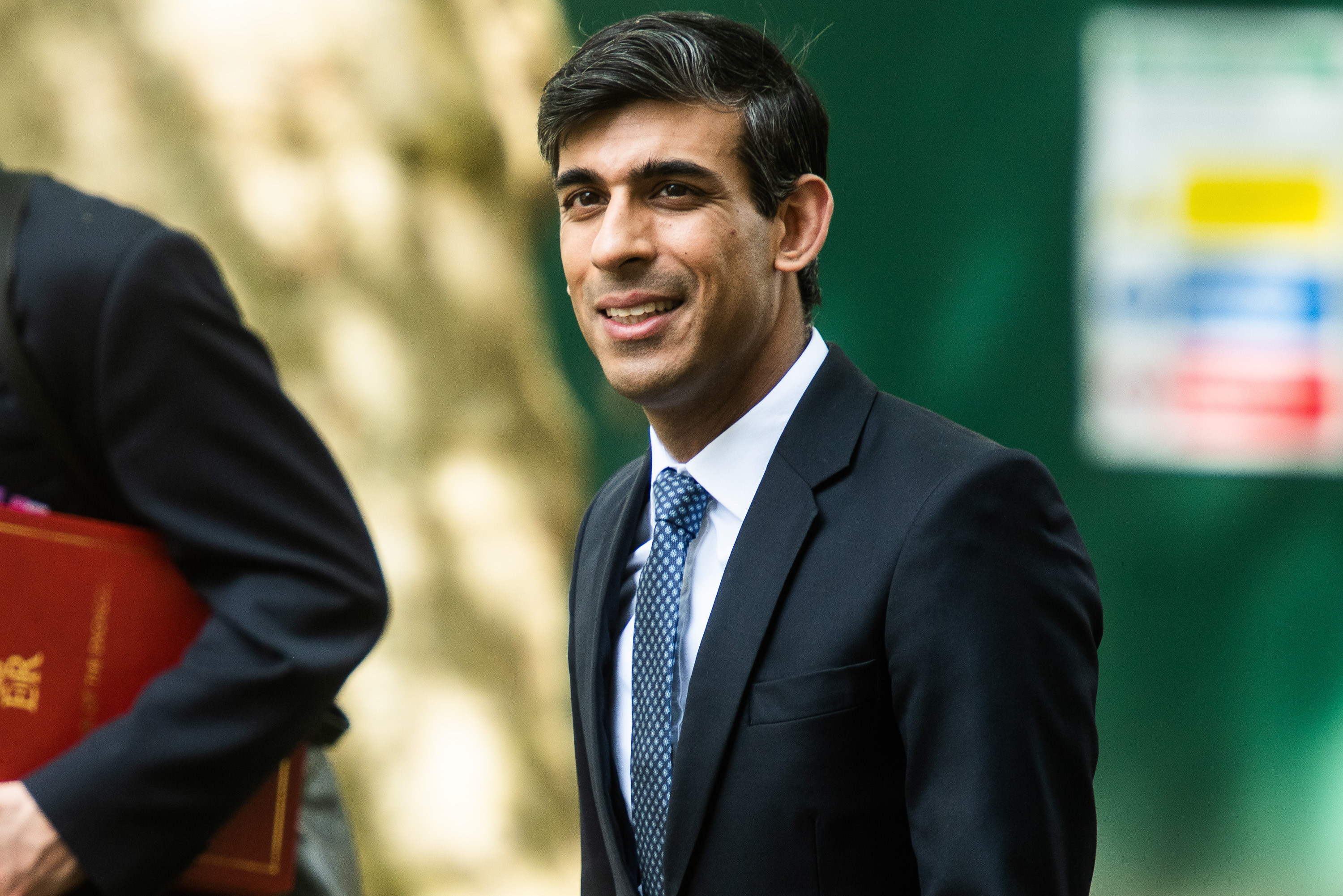 The Chancellor is set to reveal details of the job retention scheme, which will need contributions from employers when it kicks in at the start of August.

He will also unveil the rules surrounding furloughed employees returning to work on a part-time basis, the Financial Times reports.

The Treasury is expected to make these announcements while locking in a cut-off date after which no employees will be able to join the furlough scheme.

Craig Beaumont, head of external affairs at the Federation of Small Businesses, said: “The vast majority of employers registering for the scheme are SMEs.

"These struggle with changes, so any ending should be announced in advance so they have time to plan, including those who are entering the scheme now as their business enters difficulty.

“The Chancellor shouldn’t announce and pull up the rope ladder at the same time; announcing now for August 1 would be best.”

But sources close to Mr Sunak said companies would be given time to get their affairs in order before any cut-off was brought in.

It comes after we reported how employers will have to pay 25 per cent of the wages of furloughed workers from August.

Under measures expected to be announced next week, employers would also be able to bring staff back to work for as many hours as they need as lockdown is eased, according to The Times.

Staff will be paid full wages by their firm for any hours worked and will continue to be covered by the furlough scheme for the hours they don't work.

Firms in all sectors will be required to contribute a quarter of the wages of any furloughed workers.

They would also have to restart paying National Insurance, although the Government would cover pension contributions.

But plans to ease off the scheme sparked fears of fresh job cuts as struggling firms seek to minimise the increased costs ahead of a near-certain recession.

Mr Sunak announced the furlough scheme in March as part of measures to lessen the impact of the coronavirus lockdown on businesses and employees.

Under the scheme, furloughed staff receive 80 percent of their month salary up to £2,500.

It is up to employers whether they choose to make up the remaining 20 percent.

At least eight million workers – equivalent to a third of the workforce of the private sector – have been furloughed so far, and the Office for Budget Responsibility has estimated that the total cost of the scheme will be as much as £80billion. 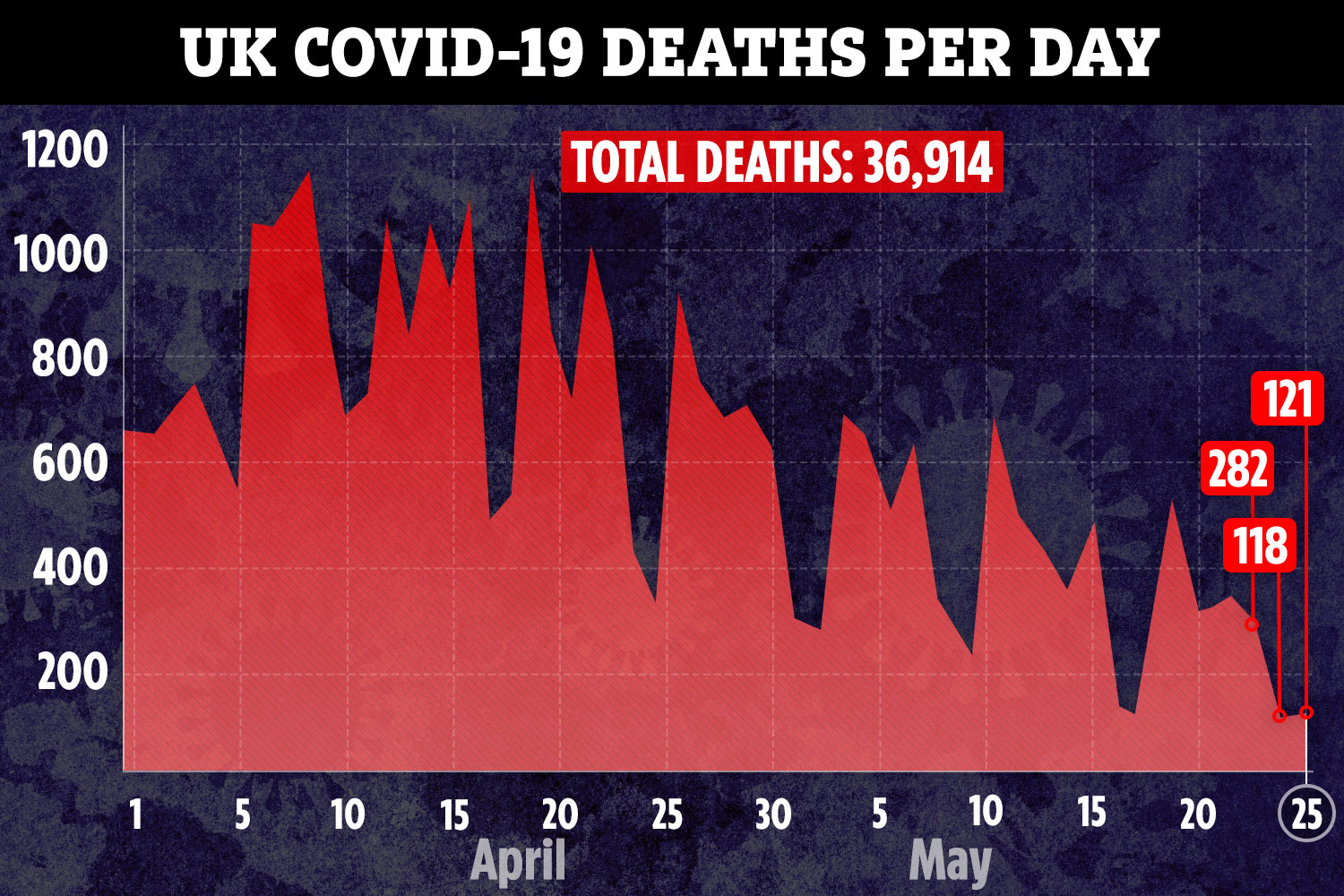 It comes as the official UK coronavirus death toll has today risen by 134 in 24 hours as fatalities pass 37,000.

It is one of the smallest increases yet as the UK edges closer to getting out of lockdown after the pandemic hit – however new statistics today revealed the true toll could be much higher.

Health authorities today said 37,048 people had died from the bug across the UK, with 265,227 cases overall.

But the number comes after the Office for National Statistics today revealed 47,000 people could have been killed by the deadly bug already.

The ONS figures show that 42,173 died from the virus in England and Wales up to May 15.

Combined with the latest ONS stats for Scotland and Northern Ireland, it means a total of 46,383 have died across the UK.

A further 964 hospital patients in England who had tested positive for Covid-19 died between May 16 and May 24 meaning that the overall UK death toll is just above 47,300.

The figure is 10,000 more than the official Department of Health stats.