Gary Rhodes’s last sunset: Poignant moment chef sat on the dunes at the end of a long day filming, just hours before he collapsed and died in Dubai

Gary Rhodes filmed some poignant scenes overlooking a sunset from sand dunes in Dubai for a new TV show on the day he died.

The 59-year-old celebrity chef was preparing a new daytime cookery show when he died suddenly in November.

However, some of the footage from the project will be used in a new ITV documentary on his life – Gary Rhodes: The First Rock Star Chef. 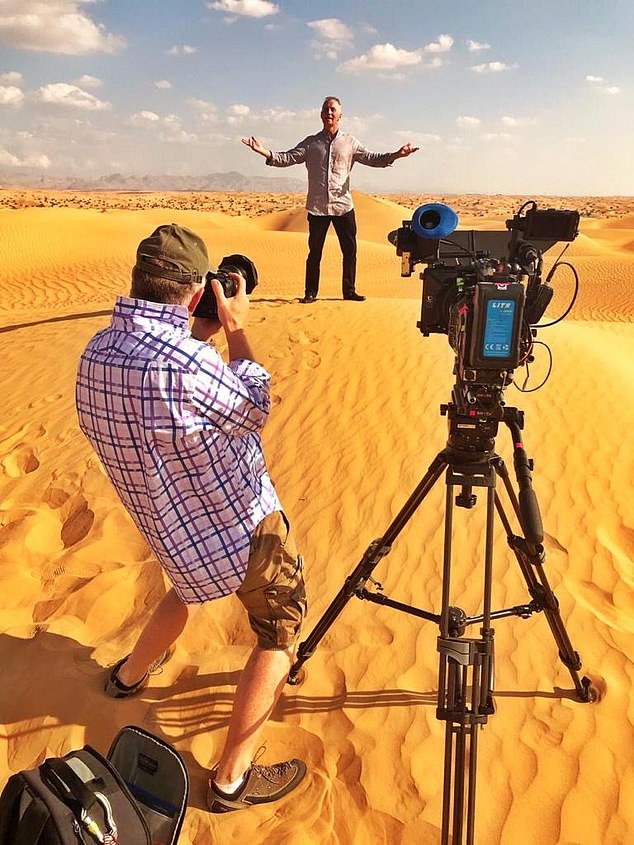 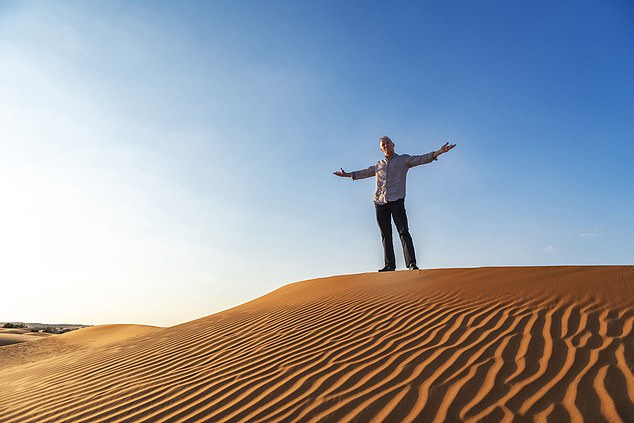 The celebrity chef, who spent the past decade in Dubai, was planning a return to daytime TV 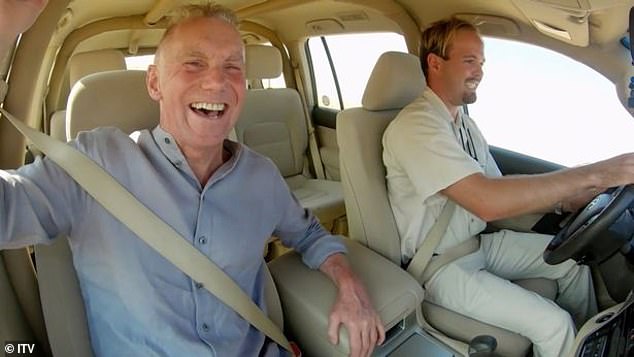 The chef, renowned for his spiky hair, suffered a subdural haematoma just hours after this footage was filmed. He died two days later

The documentary is narrated by his close friend Ainsley Harriott, who tells the audience: ‘As the sun set on what would have been his final day of filming, Gary felt on top of the world.

‘Later that evening at home with [wife] Jennie, Gary collapsed and was rushed to hospital suffering from a subdural haematoma.

‘Two days later, and with his family at his bedside, he died.’

At the time of his death, Rhodes was planning a return to UK TV screens having spent the past decade living in Dubai.

However, following a day’s filming – where he told the camera that he felt great – he collapsed after a shower and fell into a coma. 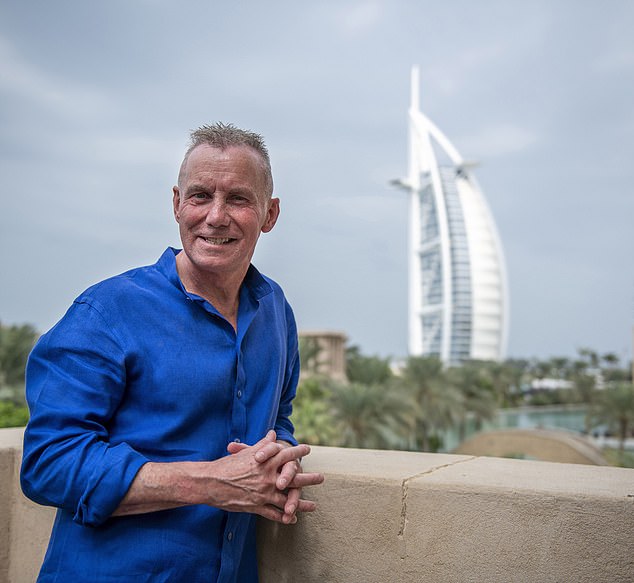