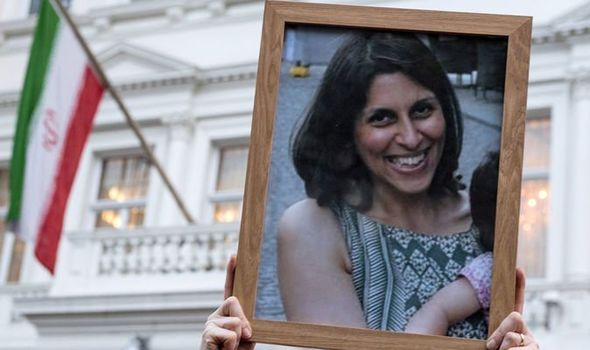 Mrs Zaghari-Ratcliffe was arrested in Tehran back in 2016 and jailed for five years after authorities accused of her spying. The dual British-Iranian citizen had been travelling to Iran to visit the family for Nowruz, Iranian New Year with then two year old daughter Gabriella. Members of the Revolutionary Guards arrested her at Imam Khomeini Airport as they attempted to return.

An Iranian prosecutor said she was being held because she ran “a BBC Persian online journalism course which was aimed at recruiting and training people to spread propaganda against Iran”.

Her family, her employer The Thomson Reuters Foundation and the British Government have long denied the suggestion.

Concerns have long been raised over her health and welfare and she is believed to have been moved to hospital on Monday and her father claims she has been not allowed the opportunity to speak to or be visited by her family.

Supporters of Mrs Zaghari-Ratcliffe said they were not sure how long she would on the ward. 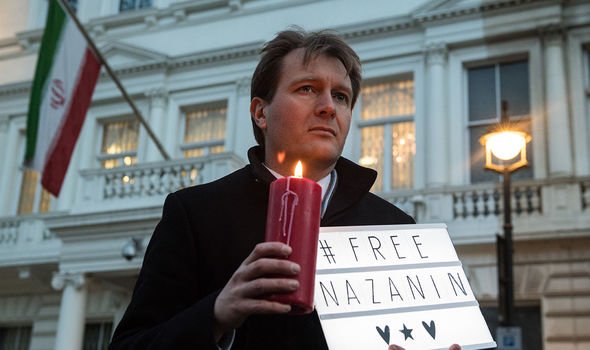 According to Sky News, she is believed to have told her family on Monday: “I was healthy and happy when I came to Iran to see my parents.

“Three and a bit years later and I am admitted to a mental health clinic.

“Look at me now, I ended up in an asylum. It should be an embarrassment.

“Prison is getting harder and harder for me. I hate being played in the middle of a political game. I just hate it.” 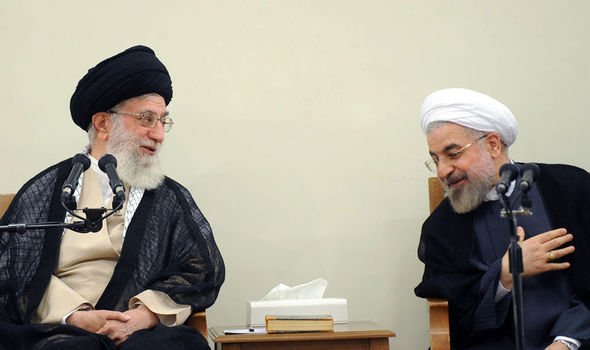 Husband Richard, who underwent a hunger strike in solidarity with his wife who did the same in prison said: “Nazanin hoped that her hunger strike would move the Iranian authorities, and it clearly has.

“Hopefully her transfer to hospital means that she is getting treatment and care, despite my distrust of just what pressures can happen behind closed doors. It is unnerving when we don’t know what is going on.”

A Foreign Office spokesman said: “We are in regular contact with Mrs Zaghari-Ratcliffe’s husband and our Embassy in Tehran has consistently requested consular access.

“We urge Iran to allow family members to visit and check on her care as a matter of urgency. We will continue to call for her release at the highest levels.”

Her daughter Gabriella has remained in Iran with grandparents ever since her mother’s arrest.

The United Nations, the US Congress and Canadian Parliament have all made requests for Mrs Zaghari-Ratcliffe’s release.

Mr Ratcliffe has said he believes his wife’s release is dependent on the UK owing a £450million debt to Tehran after a cancelled arms deal with the pre-Revolution regime in Tehran.