A FAMILY were told they’d be fined £1,000 by a "heartless" council for putting up too many stolen dog posters after their pooch was snatched from their car.

Beloved French Bulldog Tina was nicked from the family’s locked van in broad daylight as they shopped at a Morrisons supermarket in Chingford, east London. 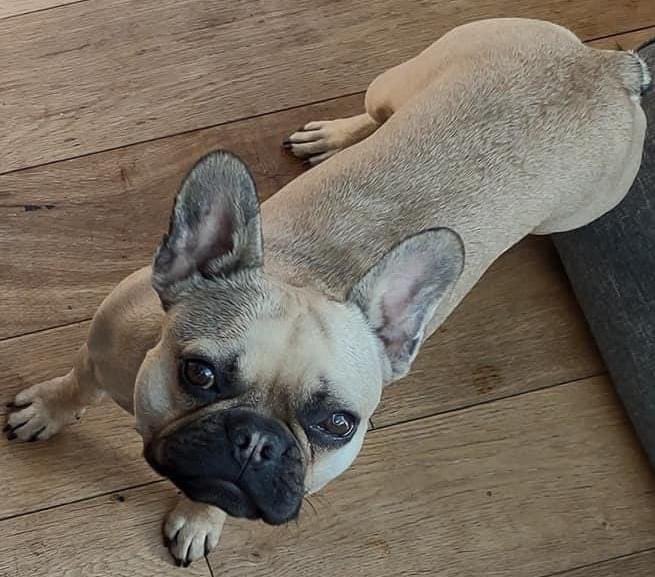 Recounting the devastating day, heartbroken owner Patrycja Kowalczyk said she returned to the car to find the back window forced open and Tina missing.

Patrycja told the Mirror: “When we came back the back window of our van was open despite having an alarm, but it didn’t go off and the dog was gone. That was one of the most terrible things to realise.

“The window in the back was tinted and she was out of sight, it wasn’t like she was in the front seat where anyone could see her.”

The desperate family, from Walthamstow, launched a massive appeal to trace Tina and reported the theft to police immediately.

Patrycja estimates 8,500 posters were put up across south east England with the help of pals and volunteers. 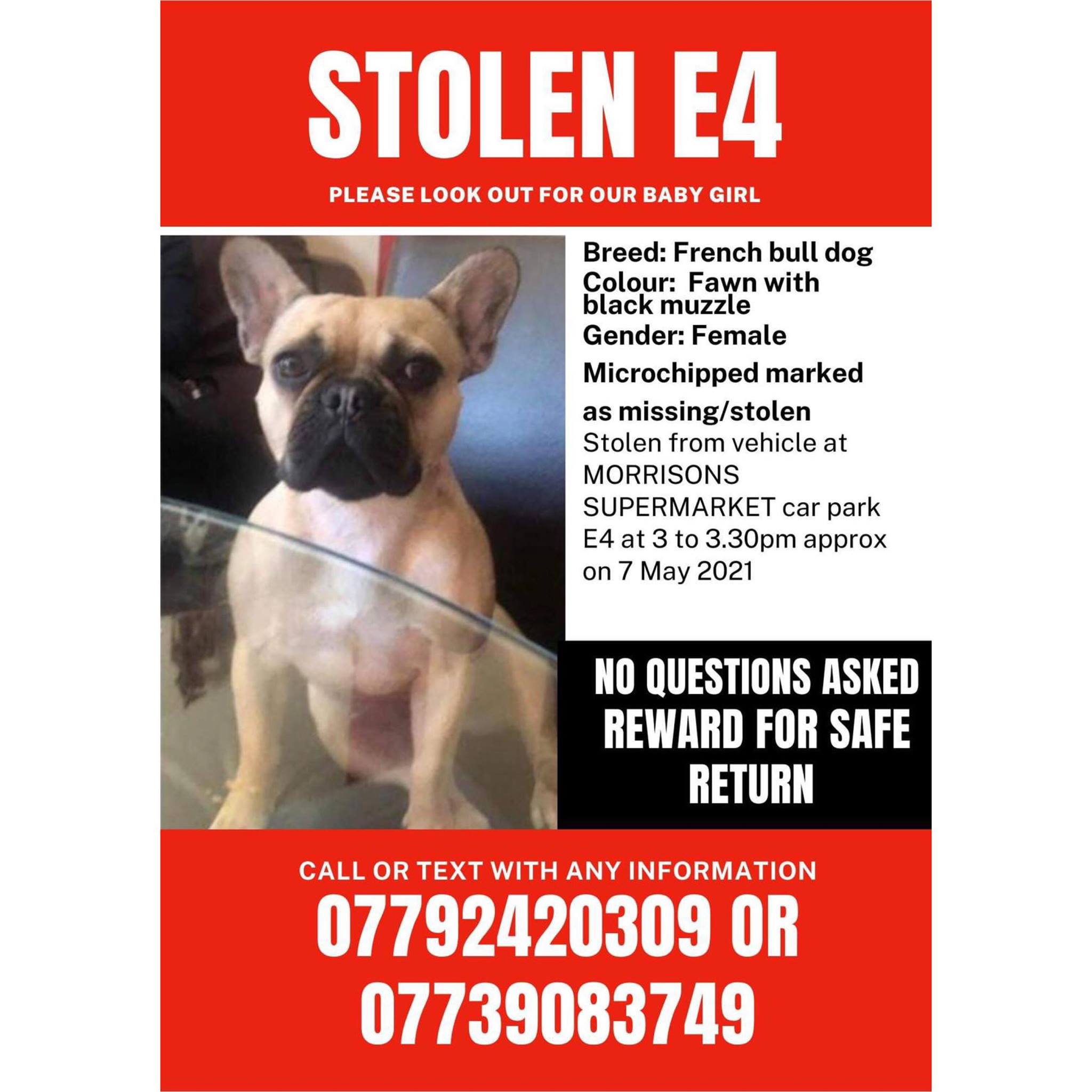 But she says she was shocked when one of her volunteers told her she was contacted last Monday by one of the council's employees and ordered to take down the posters around the borough – or face a £1,000 fine and potentially the bill for removal costs too.

Patrycja says the employee ordered them to strip the posters from lamp-posts, trees and bus stops, explaining there were too many and they were too "visible".

The dog owner said she did not think the numbers were excessive because the posters had been spread over the capital's 32 boroughs and as far as Southend in Essex and Notthingham.

Patrycja said the family were happy to remove flyers and place them at approved locations instead, but claimed they are still waiting for a list from Waltham Forest Council.

Why are dogs being stolen in the UK?

Since the pandemic hit, the demand for dogs in the UK has soared.

Experts are claiming that the demand for dogs during the coronavirus pandemic has caused a spike in dog thefts.

Following the announcement of the first UK-wide lockdown on March 23, Google searches for "buy a puppy" increased by 120 per cent – with "adopt a puppy" seeing a rise of 133 per cent.

Charities in the UK were overwhelmed with requests to adopt in 2020, with Dogs Trust re-homing 25 per cent more pups than this time in 2019.

The increase in demand has sent prices skyrocketing, especially for certain popular breeds.

CEO of animal campaign group Stolen and Missing Pets Alliance (Sampa) Debbie Matthews tells Sun Online: "We originally thought there would be a drop in dog thefts because of lockdown but found the numbers increased.

"[Because] we’ve seen prices go through the roof for puppies during lockdown, you would expect criminals to cash in especially as there’s no real deterrents in place to stop dog theft.

According to Direct Line pet insurance research, for the sixth year in a row, Staffordshire bull terriers are the most popular breed of dog to be targeted by thieves.

There's also been an increase in the number of crossbreeds and cocker spaniels stolen.

She said other missing pet posters were up too, and the family felt unfairly targeted.

She called the council "heartless," adding: “Isn’t that the point of the posters'? We want people to see them. Every lost pets organisation in the UK says to put up posters- that’s their main advice."

Adding to the family's distress, Patrycja also says a missing dogs organisation contacted them saying Tina had been found and was in the council's care.

Their hopes raised, the family called and were told the dog had not been handed in to wardens.

The council told the Mirror Tina had not been found and said they were unable to determine why the family were told she had been located.

But when Patrycja claims when the family called the council asking about Tina three times over the space of a week they were 'aggressively' told to stop ringing, and advised dog wardens would call if their pet's microchip was scanned anywhere.

Patrycja said: “Honestly my jaw dropped. I could not believe that happened.

"These are the people meant to be taking care of stray dogs. That was just shocking, we had just been excited thinking someone had found her.”

A Waltham Forest Council spokesperson said in response to queries about the fine threat and claims the family was informed their pet was found: “We are sorry to hear of the family’s loss of their pet dog Tina. Our Dog Team have spoken with the family and offered advice and support.

"We urge anyone with information to contact the owners who have offered a reward for the dog’s safe return. We will continue to engage with the family on this matter.”

A spokesperson added Morrisons can share CCTV footage with the police, but had not had any requests from them to view it yet. 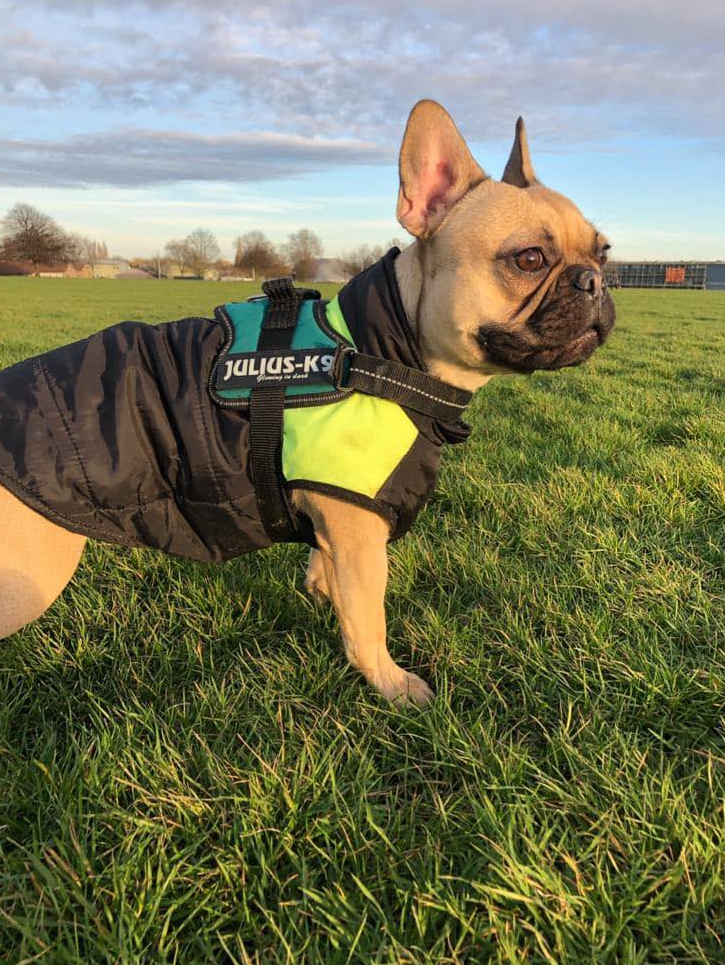