A face-tattooed fugitive known as ‘Modboy’ has taunted police by phoning in to an Australian TV show to justify his decision not to hand himself in after a warrant was issued for his arrest.

Ethan Bramble, 23, has tattoos to 98 per cent of his body including his eyeballs and all over his face.

Police in Victoria issued a warrant for his arrest on Wednesday after he failed to appear in court.

He told Studio 10 rumours he was wanted on assault charges were false and confessed he was accused of criminal damage. He has spent the last few days posting on social media about his refusal to hand himself in. 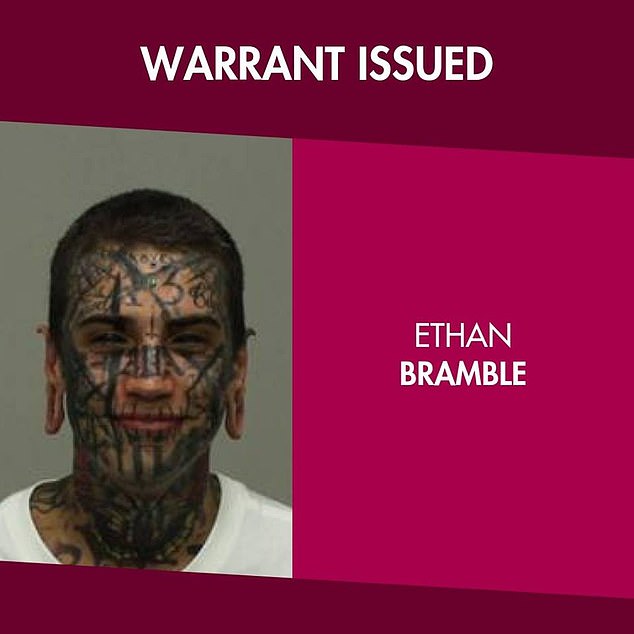 Bramble said police allege he smashed a car window, and that he didn’t know he had breached his bail conditions initially because he tried to reschedule his court date.

‘I emailed the courts to say I couldn’t make the date, and they said that was fine as long as I emailed the magistrate. I asked for his contact information but they didn’t give it to me,’ Bramble told the panelists.

‘Technically I broke bail terms because I didn’t show up… but I am going to hand myself in, I’ve just been instructed to seek legal advice first.’

After he hung up, panelist Yvie Jones agreed with his decision.

‘You don’t want to go into a cop station without a lawyer,’ she said.

‘He’s gotta lawyer up and then go in.’

Bramble addressed his decision to taunt police on social media after the warrant was issued. In one instance, he posted a picture captioned ‘Come get me’.

‘I’m a bit of an internet guru and this has turned into such a big thing… of course I’m going to have a bit of fun with it,’ he said.

The 23-year-old, who is from the New South Wales’ Central Coast, suggested he was no longer in Victoria at all.

Bramble first mocked police by commenting on his arrest warrant: ‘I’ve never once seen him in my life.’ 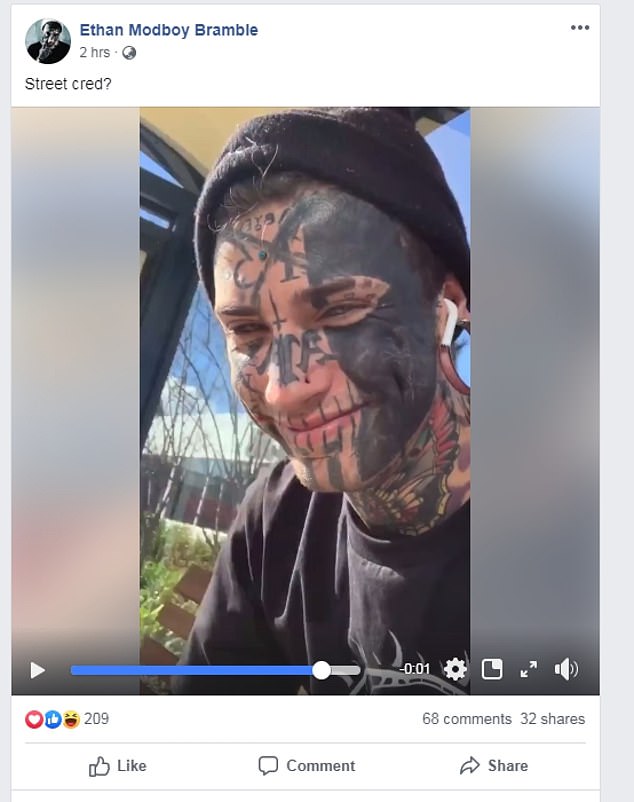 Two hours after the warrant for his arrest was shared on social media, Mr Bramble uploaded a video on his personal Facebook

Mr Bramble, from the New South Wales’ Central Coast, didn’t take the warrant seriously and commented on the post: ‘I’ve never once seen him in my life’

He again appeared to taunt police hours later by live broadcasting a video on Instagram saying he wasn’t sure if he should turn himself in.

The young father mused he didn’t think he would be extradited back to Victoria if he fled to New South Wales.

But a spokeswoman for Victoria Police told Daily Mail Australia nothing could be ruled out.

Bramble said he was ‘going home to eat lasagne’ and weigh up his options before he was seen boarding a bus and asking for a ticket to ‘Rosehill’.

‘Well, now you know where I live,’ he said smiling at the camera.

‘I smoke too much, I drink too much, I don’t want to go to jail,’ he told the audience of almost 200 people before shutting off the live stream on Wednesday.

‘Hopefully I don’t get life in prison, later crew.’