Victoria's newest minister will take charge of the state's workplace safety agenda as part of a cabinet reshuffle that results in Attorney-General Jill Hennessy losing a portfolio and Deputy Premier James Merlino increasing his power.

Ingrid Stitt, the former secretary of the Australian Services Union, has been appointed to the ministry after the resignation on Saturday of health minister Jenny Mikakos. Ms Stitt will serve as Minister for Workplace Safety, a role previously held by Ms Hennessy. 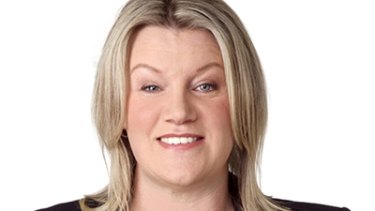 Ms Stitt, from the same Socialist Left action as Premier Daniel Andrews and Ms Mikakos, will also take on the new portfolio of Early Childhood and oversee the rollout of three-year-old kinder across the state.

Mr Merlino and Danny Pearson, the former lobbyist who replaced Adem Somyurek in cabinet in June, will take on portfolios held by Martin Foley before his appointment as Health Minister.

Gayle Tierney, another Left faction member, will replace Ms Mikakos as deputy leader of the government in the Legislative Council.

In a statement announcing the changes, Mr Andrews said Ms Stitt, who was elected in 2018, was experienced in workplace matters and had a passion for education.

"I know Ingrid Stitt will be an outstanding contributor to our cabinet, bringing her dedication to delivering safer workplaces and overseeing those critical early years for our youngest Victorians," he said.

Mr Andrews said his deputy Mr Merlino would play a crucial role in implementing recommendations of the royal commission into Victoria's mental health system, which will deliver a final report next year.

"Rebuilding our mental health system is one of our most important priorities," he said.

Mr Andrews said Mr Pearson would use his "drive and energy" to rebuild the creative sector as the state recovers from the deep pandemic-induced recession.