France, UK, and Austria among those struggling as new coronavirus cases continue to spike on the continent.

Austria and the United Kingdom were among European nations grappling with mounting coronavirus infections on Sunday, while restrictions were eased in the South Korean capital Seoul and work resumed on a much-hyped potential vaccine.

New cases in the UK reached more than 3,000 in 24 hours for the second day in a row on Saturday, with the Sunday Times newspaper reporting that about one-third of those were at elderly care homes where the virus has roared back.

“I think one would have to say that we’re on the edge of losing control,” Mark Walport, the British government’s former chief scientific adviser, told BBC radio.

After a spate of local lockdowns this month, new government restrictions come into force across England on Monday, limiting social gatherings to no more than six people.

Austrian Chancellor Sebastian Kurz told citizens the country was already facing “the beginning of the second wave” as new daily infections climbed towards 1,000.

Kurz said the government would further restrict events and extend the areas where mask-wearing is mandatory to include all shops and public buildings.

Meanwhile, France reported 10,000 new infections on Saturday, close to the peak of the first wave in April.

Prime Minister Jean Castex declined to announce any new major restrictions on Friday despite noting a “clear worsening” in the country’s outbreak.

About 4,000 health workers demonstrated in Brussels on Sunday, calling for more spending on the healthcare system in a country that was badly hit by the coronavirus pandemic.

With political parties in Belgium still struggling to form a permanent government more than a year after a national election, the workers – who wore masks and carried banners with slogans such as “take care of the careworkers” – called on politicians to increase pay and healthcare funding.

“We came here in Brussels to demonstrate and demand more respect for our job and a pay rise,” said one protester who gave her name only as Marie-Stella and who has worked as a nurse since 1988.

“I would like to be given the means to give high-quality and humane care. And for that, we need financial means,” said Claudine, a psychiatric nurse.

The event was organised by health workers group La Sante en Lutte, who demand an end to the “commodification of care” and say the coronavirus crisis has exposed the fragility of Belgium’s healthcare system, including a lack of adequate protection for staff and enough testing for the virus.

Belgium has reported 9,923 fatalities from COVID-19, which puts it the third-highest in the world for deaths per 100,000 people – behind the tiny city-state of San Marino and Peru. The government has said the high rate is explained by its decision to include in its tally deaths where COVID-19 is only suspected, not confirmed. 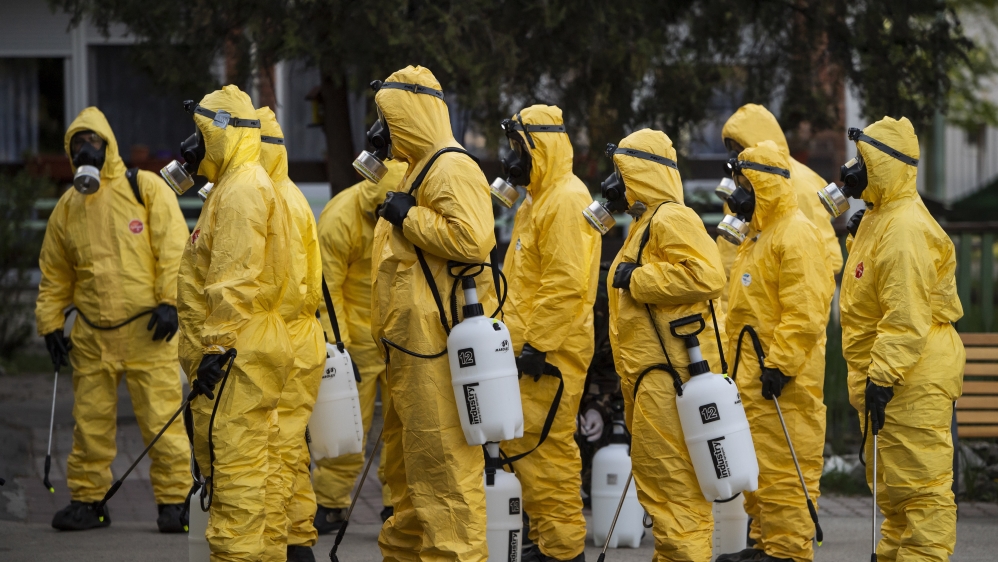 In the Middle East, 90 UN peacekeepers in southern Lebanon tested positive for the novel coronavirus, a spokesman for the United Nations forces said on Sunday.

The confirmed cases were transferred to a special UNIFIL facility equipped to deal with COVID-19 cases, UNIFIL spokesman Andrea Tenenti said in a statement.

He said 88 of those infected belonged to the same contingent, but he did not specify the nationalities of the 90 peacekeepers.

“We have undertaken robust contact tracing, and applied a thorough regime of testing and isolation” to prevent a larger outbreak, he said.

Some 45 countries contribute peacekeepers to UNIFIL, which was set up in 1978 to patrol the border between Lebanon and Israel, which are technically at war.

Tenenti said UNIFIL’s operations along the Lebanon-Israel border were not affected by the new virus cases.

In South Korea, authorities in Seoul said they would ease some infection control measures introduced in recent weeks after a spike in cases in the capital region, home to half the country’s 52 million population.

Coffee shops, restaurants and bakeries will return to normal service, while gyms and private cram schools can reopen.

While the country largely overcame an early COVID-19 surge with extensive tracing and testing, it has seen triple-digit daily new cases since mid-August after weeks with numbers in the 30s and 40s.

Police arrested dozens of participants in an anti-lockdown demonstration in the southern Australian city Melbourne on Sunday that drew about 250 people.

Defying stay-at-home orders, the crowd gathered at the central Queen Victoria Market where they were met by a heavy police presence.

“Many protesters were aggressive and threatened violence towards officers,” the Melbourne police said.

The Australian event followed a number of demonstrations in Germany and Poland on Saturday at which people protested against anti-coronavirus measures and defied mask-wearing rules.

Meanwhile, Democratic US presidential candidate Joe Biden slammed incumbent Donald Trump as “reckless” for holding a packed rally on Saturday in Reno, Nevada, where many attendees did not wear masks.

The Republican president is under pressure as the US toll continues to rise, nearing 6.5 million cases on Saturday, with more than 193,000 deaths – by far the most in either measure in the world.

In Latin America, which this week passed the milestone of eight million virus cases, worst-hit Brazil charted more than 131,000 deaths from COVID-19 as of Saturday, the second-highest in the world behind the United States.

In the UK, regulators gave pharma company AstraZeneca and Oxford University the all-clear for clinical trials to resume on one of the most advanced experimental COVID-19 vaccines.

Researchers had “voluntarily paused” their vaccine trial after a UK volunteer developed an unexplained illness.

Even during the pause, AstraZeneca said it remained hopeful the vaccine could still be available “by the end of this year, early next year”.

Vaccine development has turned into a political football in the US, where Biden has accused Trump of “undermining public confidence” by regularly raising the possibility that a jab will be ready before November’s election. 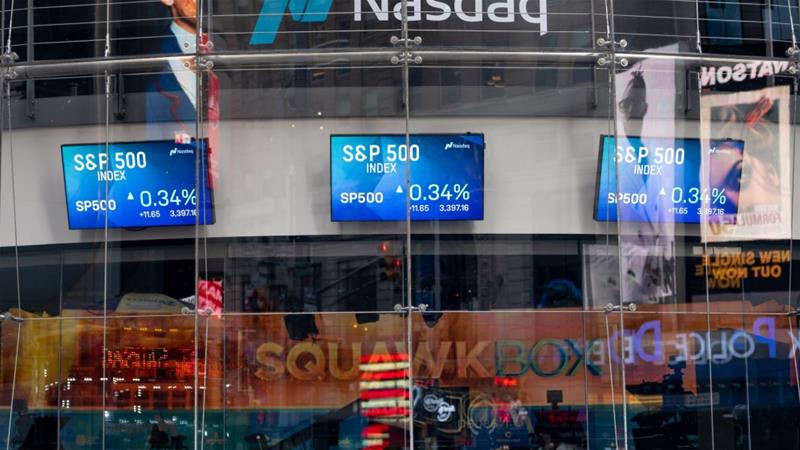 Coronavirus and the economy: Can the world cope with more debt?