A EuroMillions winner has come forward at the 11th hour to claim a £58million jackpot from a March draw after buying a ticket in South Ayrshire at the start of lockdown.

The winner stands to pocket a massive £57,879,670 prize that had been set to pass a deadline of midnight on Sunday.

Lottery chiefs have revealed they are currently processing a payout for the prize and added no further details could be released. 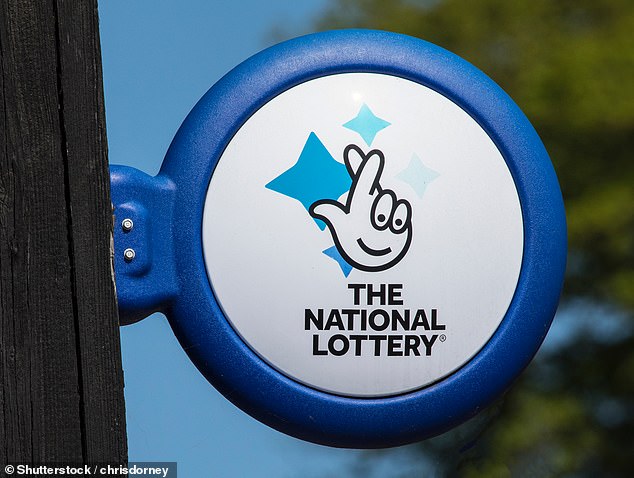 The lucky winner will immediately rocket on to the list of the richest people in the country.

They will rank alongside stars such as Harry Potter actor Daniel Radcliffe, Manchester United’s Paul Pogba and One Direction’s Zayn Malik.

A spokeswoman for Camelot, which has run The National Lottery since 1994, said: ‘We can confirm that we are currently finalising the validation of a claim made on this prize and are in the process of arranging for payment to be made to the ticket-holder.

‘Once the prize has been fully validated and paid, we’ll issue confirmation of that – but there will be no further updates before then.

‘Please note that we don’t comment on the details of individual prize claims and that, unless the winner of a major National Lottery prize opts to take publicity and signs an agreement to that effect, no further information can be released about their win.’ 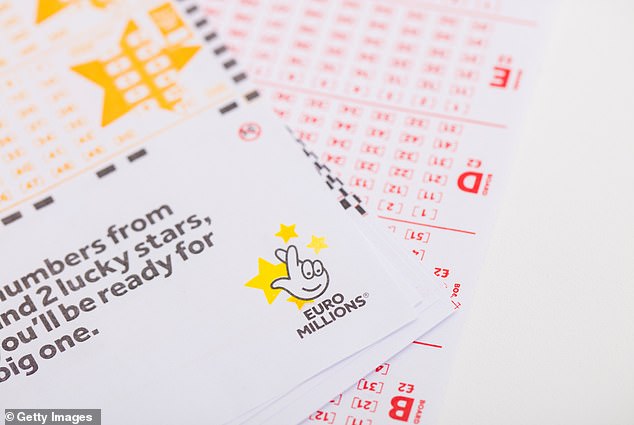 The ticket, worth £57,869,670, was bought in South Ayrshire. A claim was staked in April but Camelot has not revealed if it passed the process of validation (file photo)

A claim was staked for the prize in April, but it was not confirmed whether this passed the process of validation.

Players are given 180 days to make claims on prizes but if nobody hands over the lucky ticket then the cash will be handed to good causes.

In 2012, a Euromillions prize fund of £65million was distributed to good causes after the winning ticket, bought in Hertfordshire, went unclaimed.

The winners of Scotland’s largest lottery pot, Colin and Christine Weir from Ayrshire, won £161million on Euromillions in 2011.

Across all lottery games in 2018, a whopping £125.1million went unclaimed.

A British EuroMillions winner who scooped a life-changing £58million has revealed how he was forced to celebrate with his parents through a window due to the coronavirus lockdown.

Ryan Hoyle, a father-of-one who is split from the mother of his 11-year-old daughter, won the £58,366,487 jackpot, lottery operators Camelot revealed in April.

But Mr Hoyle, from near Rochdale, Greater Manchester, was unable to celebrate face-to-face with his parents, who were in lockdown in their own home. 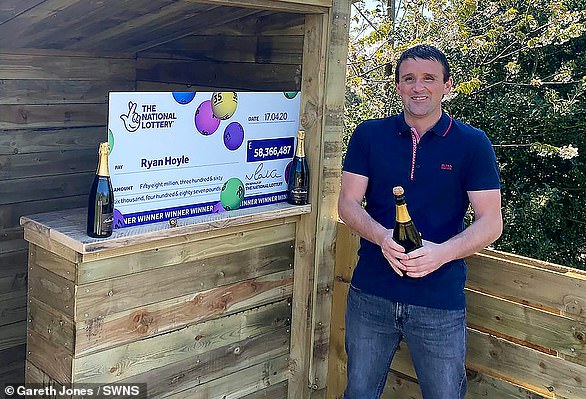 Ryan Hoyle, 38, was revealed as the winner of a £58million EuroMillions jackpot

He said: ‘(When I found out) I was shaking and really needed a second opinion so I jumped in the van and drove round to mum and dad’s house.

‘I stuck to the government guidelines and kept a safe distance outside and passed the phone through the window for them to double-check for me.

‘They even checked my numbers against another website, just to be sure. It was real – I had won £58million.

‘Dad congratulated me from inside their house whilst Mum shouted out if she could retire now?! I replied yes.’ 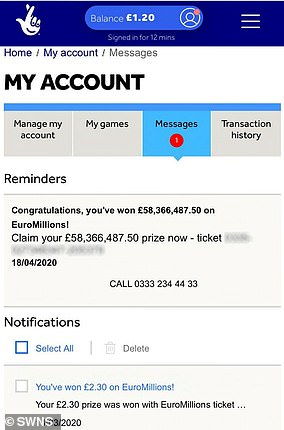 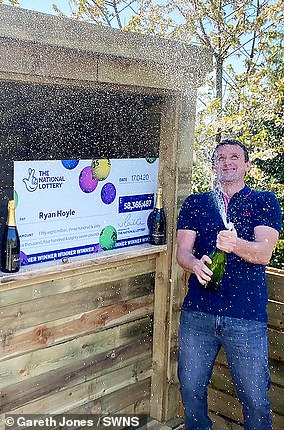 Mr Hoyle discovered that he had won the £58m jackpot prize while checking his online lottery account at 6am on Saturday, April 18.

The joiner said he typically purchases lottery tickets in store but due to the coronavirus lockdown, he had started to purchase tickets online.

‘I always wake up early and was sat on the edge of my bed but couldn’t work out what I was looking at,’ Hoyle said.