Euro 2020 games at Wembley ‘could fuel fresh spike in Covid’: Fears over lack of social distancing at matches as 60,000 pack stadium and group together at goalmouths

Euro 2020 games at Wembley could fuel large spikes in England’s Covid cases, it was warned today as tens of thousands descend on the stadium for tonight’s semifinal game against Denmark.

Ministers warned there are ‘no guarantees’ that huge crowds will not spark outbreaks amid claims of Cabinet anxiety over the risks.

More than 60,000 fans will be able to attend England’s semi-final match tonight, as well as the final on Sunday, with Wembley allowed to have 75 per cent capacity.

UEFA’s code of conduct tells fans to wear face masks, maintain their distance from others where possible and stay in their seat during games, but thousands ignored the guidelines during Italy’s semi-final victory against Spain last night.

Business Secretary Kwasi Kwarteng insisted the potential problems can be ‘managed’ ahead of the crucial Euro 2020 semi-final between England and Denmark.

But some ministers are understood to be concerned that matches at the London stadium could be fuelling sharp rises in cases.

One Cabinet source told MailOnline that it was ‘fair’ to say nerves are jangling. ‘As we continue the greater likelihood these things are going to happen,’ they said.

And a spokesperson for the World Health Organization warned mass events, including football matches, could be ‘risky’ in terms of coronavirus spread.

Despite the worries, there are rumours that Health Secretary Sajid Javid is planning to attend the game this evening. 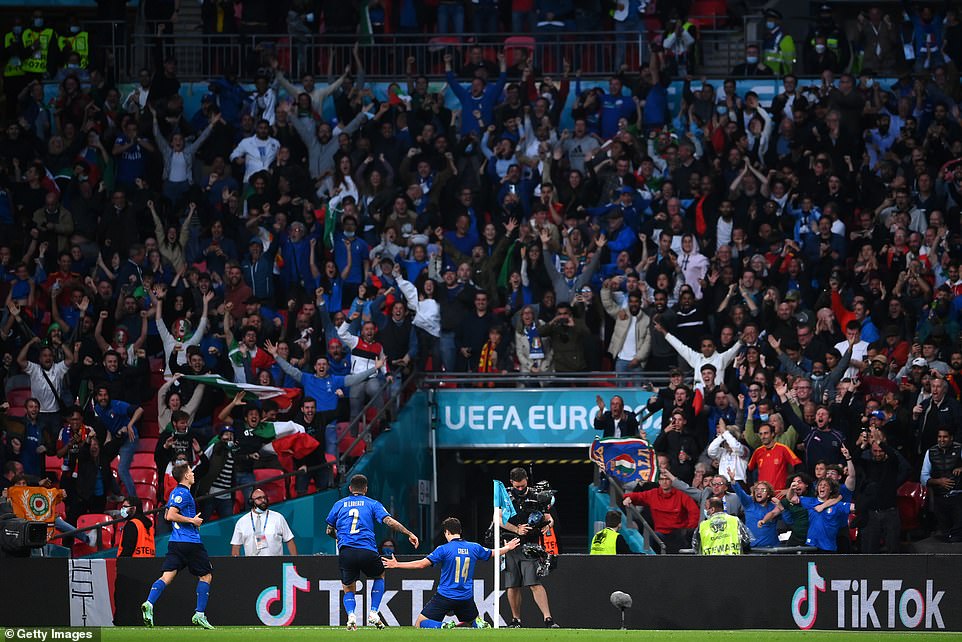 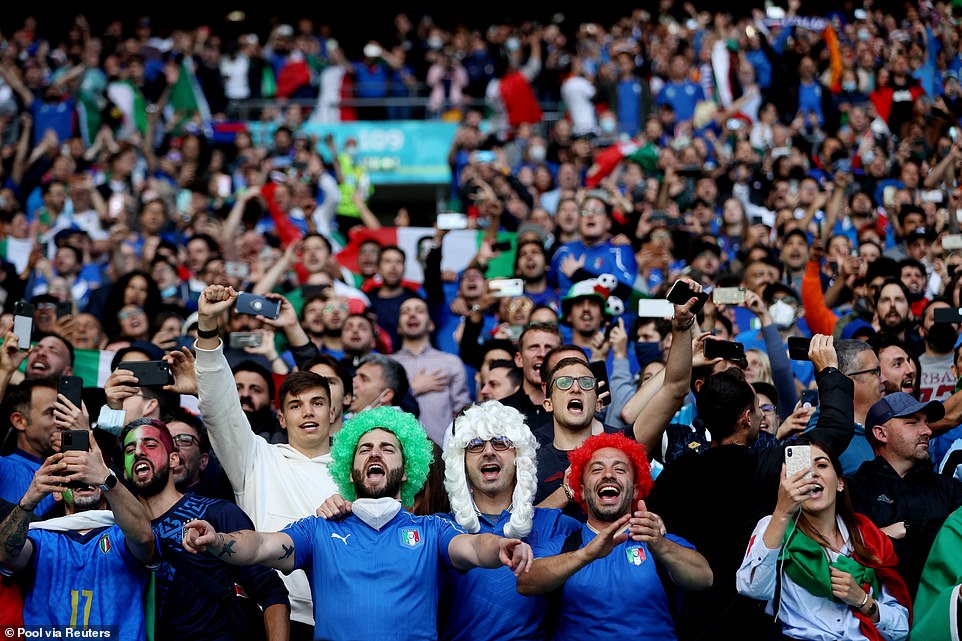 Italy fans pack together in the stands at Wembley yesterday as 60,000 were allowed in for the semi final game against Spain 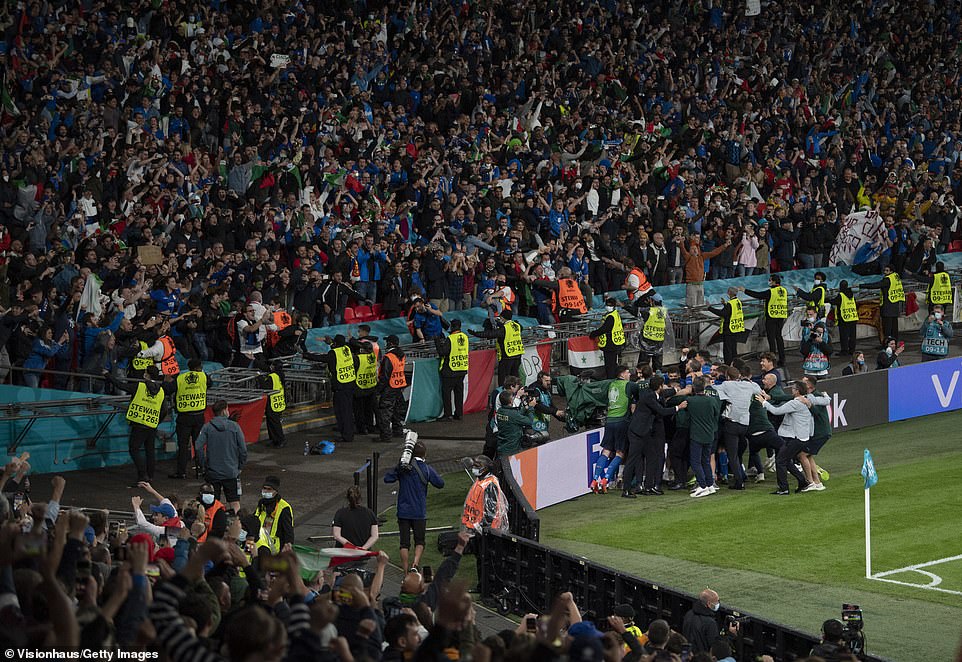 UEFA’s guidance tells fans to wear face masks, maintain their distance from others where possible and stay in their seat during games. Pictured: The Italy team celebrate in front of their fans after winning the peanlty shoot out of the UEFA Euro 2020 Championship Semi-final match between Italy and Spain at Wembley last night 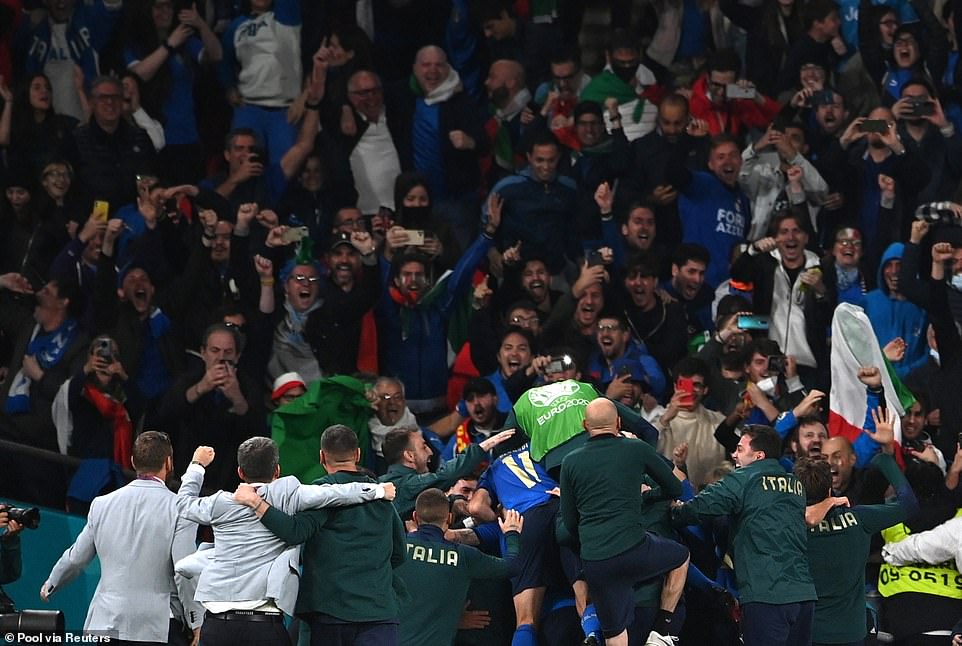 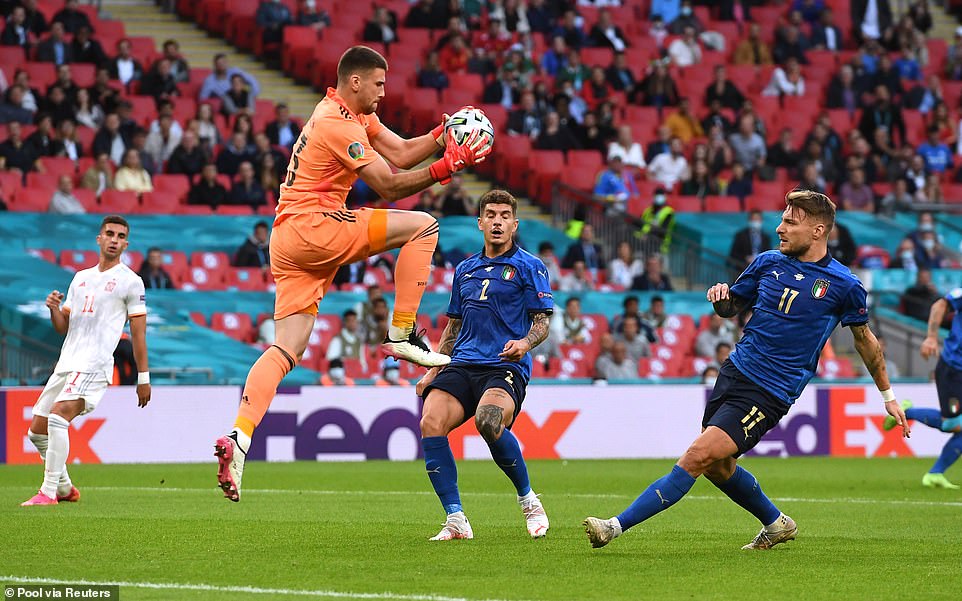 Pictured: Fans began the Euro 2020 semi-final game between Italy and Spain in their seats and social distanced, as encouraged by the UEFA Code of Conduct

Mr Kwarteng told LBC radio: ‘I think we can manage this risk but to say there is no risk, if you have thousands of people in one place. There’s always risk in life.

‘I think we’re managing the risk. I’m confident there won’t be a big outbreak but we can’t guarantee that now.’

Official figures from Scotland showed there were nearly 1,300 Covid cases linked to fans travelling to London for Euro-related events as the nation faced England in the group stages.

That included 397 people who attended the clash in Wembley on June 18, according to Public Health Scotland.

The Times reported that senior Government figures are concerned about fans breaching social distancing when travelling to matches on public transport.

Other worries include low numbers wearing masks once in the stadium and checks of testing and vaccination status being insufficient. 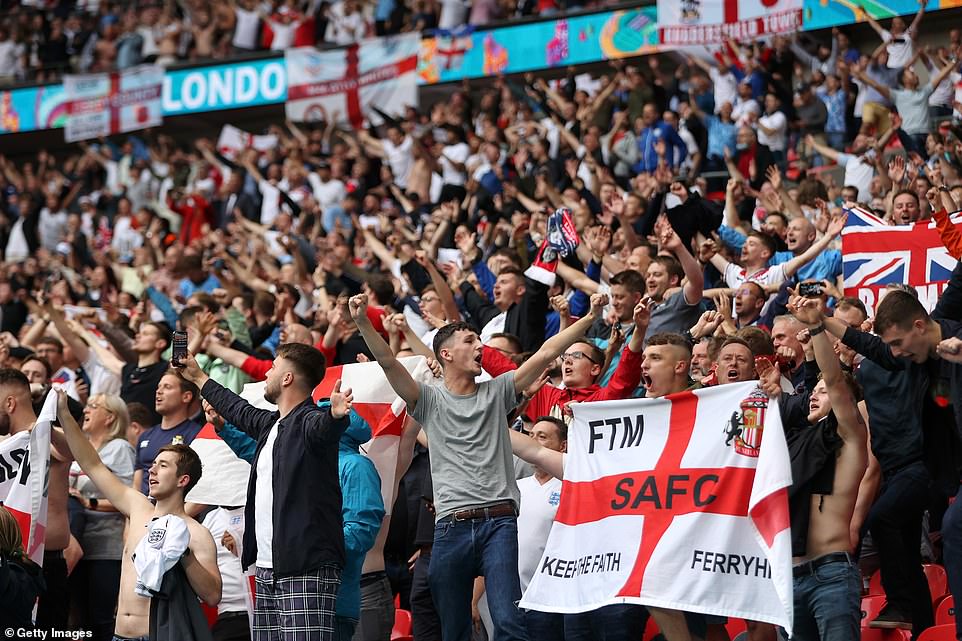 Pictured: England fans at the last game the team played in Wembley against Germany in the last 16 fixture on June 29 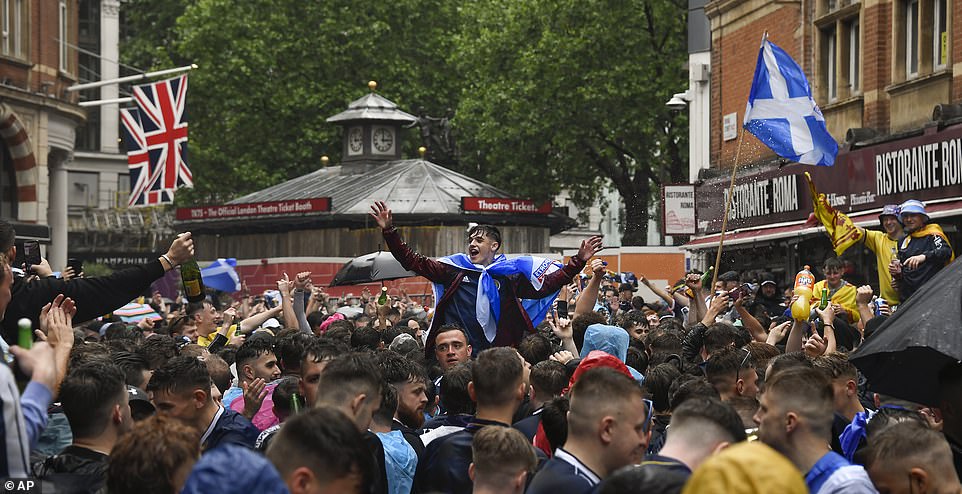 Scotland fans group together in Leicester Square, London, before the Euro 2020 group game against England at Wembley on June 18 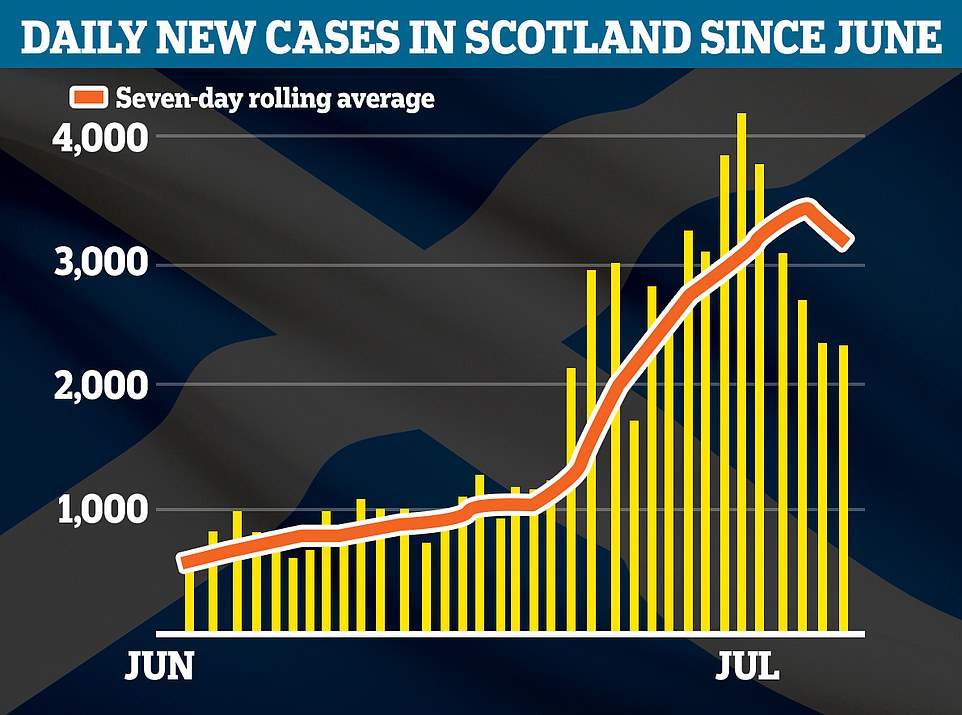 She told Sky News: ‘It is risky. We’re not out of the woods by any stage.

‘We know there are large rises in the numbers of cases, that means you are [more] likely to be exposed to somebody who unknowingly is carrying the virus.

‘It’s hard when you’re having such a great time, but be serious about your own risk because it’s not just a risk to you – you may bring it back to somebody in your family who is yet to be vaccinated, who may develop the severe disease.

‘So we still have to behave knowing that there is a large amount of virus out there, we haven’t beaten this by any means.’

She added: ‘We are tribal creatures, we’re herd animals, we love to be together, we love to do stuff together and it is part of a release of a lot of that tension and stress and anxiety.

‘We at WHO are not against mass gatherings at all, but we do say when you’re in a mass gathering you must take your risk seriously, you must understand what they are and mitigate them.’