Copenhagen, Denmark: Estonia has decided to bar people from neighbouring Russia with tourist visas from entering the northernmost Baltic country as a consequence of the war in Ukraine.

Fellow-Baltic nation Latvia declared Russia a “state sponsor of terrorism” for attacks on civilians during the war in Ukraine and urged other countries to follow suit.

“Russian citizens’ opportunity to visit Estonia in large numbers or to visit Europe through Estonia is incompatible with the meaning of the sanctions we’ve established,” Estonian Foreign Minister Urmas Reinsalu was quoted as saying by the Baltic News Service said on Thursday, Tallinn-time. 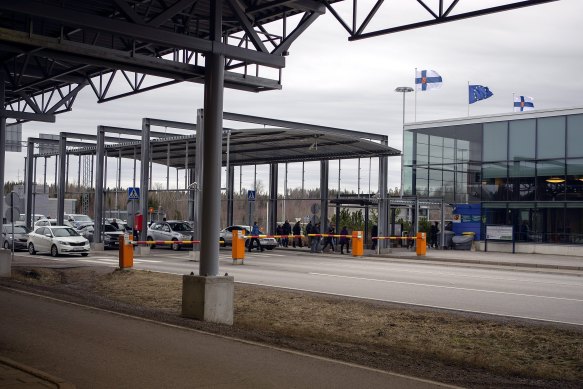 Incoming traffic to Finland at the Nuijamaa border station in between Finland and Russia in Lappeenranta, Finland. Estonia and Finland want European countries to stop issuing tourist visas to Russians amid the war in Ukraine.Credit:AP

The European Union, of which Estonia is a member, already has banned air travel from Russia after it invaded Ukraine. But Russians can still travel by land to Estonia and apparently are then take flights to other European destinations.

By imposing the sanction, Estonia wants Russia “to be unable to continue its ordinary international life also at the level of its citizens,” Reinsalu said according to BNS, the region’s main news agency. He added that they had observed “a massive growth in the number of Russian citizens transiting through or arriving in Estonia.”

BNS said exceptions to Thursday’s sanction included Russian citizens with a long-term residence permit; those coming to visit close relatives; workers involved in the international transport of goods and passengers, as well as people entering the country for humanitarian reasons. 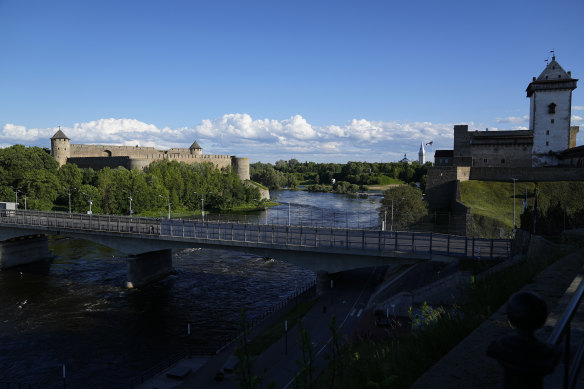 A bridge straddles Ivangorod, Russia, left, and a border crossing in Narva, Estonia.Credit:AP

Earlier this week, Estonian and Finnish leaders urged fellow European countries to stop issuing tourist visas to Russian citizens, saying they should not be able to take vacations in Europe while the Russian government carries out a war in Ukraine.

Estonian Prime Minister Kaja Kallas wrote Tuesday on Twitter that “visiting Europe is a privilege, not a human right” and that it is “time to end tourism from Russia now”.

A day earlier, her counterpart in Finland, Sanna Marin, told Finnish broadcaster YLE that “it is not right that while Russia is waging an aggressive, brutal war of aggression in Europe, Russians can live a normal life, travel in Europe, be tourists.”

Russian companies reportedly have started offering car trips from St Petersburg to the airports in Helsinki and Lappeenranta in Finland, which have direct connections to several places in Europe. Russia’s second-largest city is 300 kilometres (186 miles) from the Finnish capital.

Visas issued by Finland and Estonia are valid across most of Europe’s visa-free travel zone, known as the “Schengen area” which is made up of 26 countries: 22 EU nations plus Iceland, Liechtenstein, Norway and Switzerland.

Normally, people and goods move freely between these countries without border checks. Nineteen other countries outside this travel area allow in foreigners using a Schengen visa. 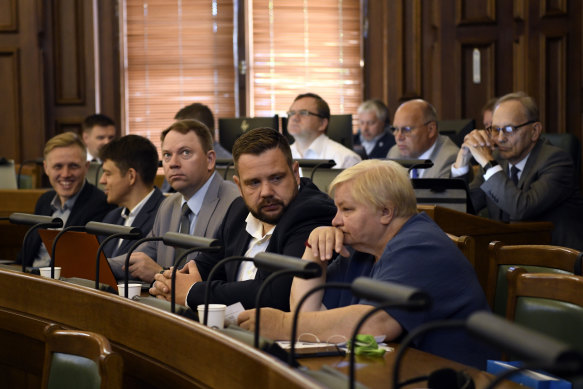 Latvia’s Parliament has declared Russia a “state sponsor of terrorism” for attacks on civilians during the war in Ukraine and has urged other countries to follow suit. Credit:AP

Latvia’s parliament on Thursday also declared Russia a “state sponsor of terrorism” for attacks on civilians during the war in Ukraine and urged other countries to follow suit.

Lawmakers adopted a strongly worded statement that accuses Moscow of using “suffering and intimidation as tools in its attempts to demoralise the Ukrainian people and armed forces and paralyse the functioning of the state.”

It declares that Latvia’s Parliament “recognises Russia’s violence against civilians in pursuit of political aims as terrorism, recognises Russia as a state sponsor of terrorism and calls on other like-minded countries to express the same view.

In a related mover, Latvia and Estonia have withdrawn from a cooperation framework between China and over a dozen Central and Eastern European countries on Thursday, following in the footsteps of Lithuania which withdrew last May.

The move comes during Western criticism towards China for escalating military pressure on Taiwan, a democratically-ruled island that China claims as its own territory.

“Past participation in the 16+1 format has not yielded the desired economic results,” Latvia’s Foreign Ministry told Reuters.

“Latvia’s continued participation in the China-led Cooperation framework with Central and Eastern European countries is no longer in line with our strategic objectives in the current international environment,” it added.

In statements published on Thursday, both countries said they would continue to work towards “constructive and pragmatic relations with China” while respecting the rules-based international order and human rights.

Estonia’s Foreign Ministry was not immediately available to comment further.

The Chinese embassies in Riga, Latvia and Tallinn, Estonia did not immediately respond to requests for comment.

The European Union regards China as a strategic rival in some areas, but seeks to encourage Beijing to reform trade rules at the World Trade Organisation. This is despite Beijing sanctioning some European Parliament members and punishing Lithuania economically.