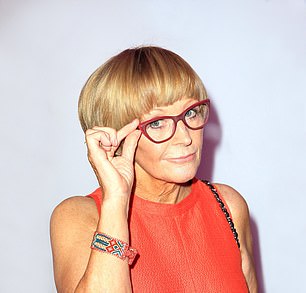 Anne Robinson has a new role as chaperone to Norman Scott

Fresh from leaving Channel 4’s Countdown, Anne Robinson unveils her latest role: Chaperone to Jeremy Thorpe’s erstwhile lover Norman Scott. Miss Robinson accompanied Scott to Tuesday’s Oldie Literary Lunch at the National Liberal Club where he spouted about how, in 1975, Liberal Party leader Thorpe ordered his execution with the hapless gunman managing only to shoot Scott’s dog Rinka. They have known each other for 50 years. ‘He is one of my great friends,’ she says coyly. ‘I was a young reporter for The Sunday Times when the Jeremy Thorpe story had just begun to bubble.’ Now, with time on her hands, Anne, 77, can step out with confirmed bachelor Norman, 82. And her reason for leaving Countdown? ‘I wanted to make way for an older woman.’

The Queen has a soft spot for Paddington Bear and his creator Michael Bond. At her 90th birthday service in St Paul’s Cathedral in 2016, she asked Bond – who was three months older than her – to write a reflection on reaching that grand old age. Sir David Attenborough read it, ending with the words of Minnie Louise Haskins, which Princess Elizabeth persuaded her father to include in his wartime Christmas broadcast of 1939: ‘Truly, if you put your hand into the Hand of God. That shall be to you better than light and safer than a known way.’ Bond passed away a year later. HM and Sir David march on.

Springwatch’s Chris Packham feigned a swoon at the sight of fellow presenter Michaela Strachan’s rear as she climbed a ladder, declaring: ‘There’s a generation of now middle-aged men who have waited years for this view.’ 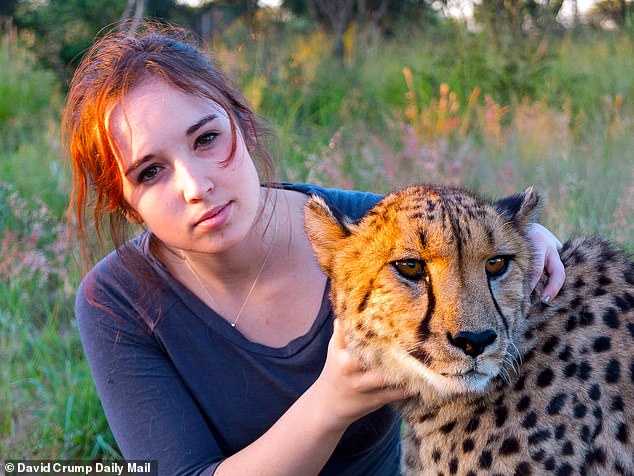 But Megan McCubbin, pictured above, trumped her stepfather with her observation of a waterbird in Monday’s episode. ‘I do love a s**g,’ she enthused sweetly.

Charles Moore, defending his description of Olivia Colman having ‘a Left-wing face’, tells Andrew Neil’s podcast: ‘I was surprised this caused such upset. It seems to me demonstrably the case that some people have faces which reflect their opinion.’ Mischievously, Neil quotes Moore’s description of his face as having ‘that strange characteristic, quite common in Scotsmen, of being composed of features out of scale with each other’. Splutters Charles: ‘If that upset you, I’m sorry.’ Andrew may not forget but does he forgive?

Michael Portillo has just celebrated his 40th wedding anniversary with wife Carolyn Eadie at a lavish knees-up with his Spanish cousins and friends including Tory MP Sir Bernard Jenkin and his wife Anne, Baroness Jenkin, at his Andalucian bolthole. Despite Miguel’s childhood association with Ribena – he appeared in TV adverts for the drink – the numerous toasts featured more robust refreshments than Vitamin C and blackcurrant.

Entertainer Dom Joly, explaining why he installed a security camera in the family kitchen, tells Cotswold Life: ‘While I was on tour I could watch my wife cooking. But weirdly she thought that was really creepy – especially when I used the microphone option to tell her she was doing it wrong.’ Isn’t life grand!