‘Entitled’ daughters, 40 and 38, of senior merchant banker they called ‘The Chequebook’ lose second court fight with their stepmother over his £7m fortune

The ‘entitled’ daughters of a top banker who referred to their father as ‘the Chequebook’ have lost a second court fight with their stepmother over his £7million fortune.

Lawyers for Juliet Miles, 40, and Lauretta Shearer, 38, told the High Court that senior judge Sir Julian Flaux was ‘perverse’ to throw out their case against their stepmother Pamela Shearer, who was left in almost total control of the millions left behind by their father Tony Shearer when he died.

‘Gifted financier’ Mr Shearer, the former head of merchant bank Singer and Friedlanderl, died aged 68 in October 2017 from a brain tumour and almost all of his fortune was left in the hands of Pamela.

Earlier this year, the sisters lost a High Court fight against their stepmother after demanding ‘maintenance’ from their dead father’s estate to replace the ‘generous financial provision’ they expected from him whilst alive.

Their case failed after Sir Julian heard Ms Shearer, 68, a marketing executive who married Mr Shearer in 2007, insist the girls were due nothing and say they were ‘entitled’ and ‘interested in their father only for his money’.

In evidence, she said Mr Shearer had cut them out because he was ‘upset’ by their ‘demands for money,’ telling the judge: ‘I’m going to quote King Lear here: ‘sharper than a serpent’s tooth’ is an ungrateful child – and that is how my husband felt’.

But the sisters last week took their case back to court, where their lawyers urged Sir Julian to let them fight on, arguing that he had been ‘perverse’ to prefer Pamela’s evidence to theirs and wrong not to conclude that she had ‘lied to the court’.

The sisters had sued their stepmother for ‘reasonable provision’ from the estate, claiming that after he left their mother in 2006 and met Pamela, their father unfairly left them high and dry, having previously looked after them financially the whole of their lives.

Although his will left an estate worth £2,184,976 to Pamela, the sisters said that when other non-estate property including heirlooms and expensive wine were taken into account, their stepmother was left with almost £7m and so there was plenty to share.

Juliet, who lives with her mother Jennifer in the £1.6m Old Vicarage at Enford, near Pewsey, Wiltshire, claimed £915,991 from her father’s estate.

Her sister, who earns £57,000 a year working for auction house Sotheby’s and lives in west London, claimed £350,154, with both saying they intended to use the money for housing. 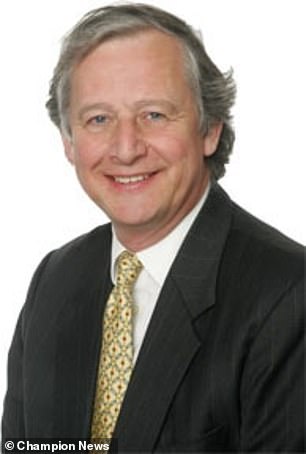 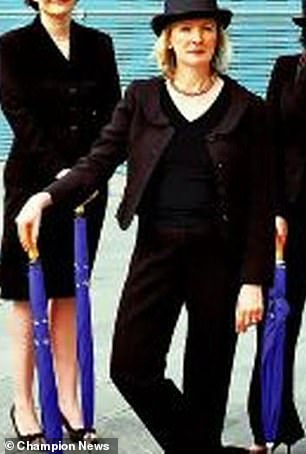 Part of the daughters’ claim was based on a suspicion that their stepmother had altered her ‘mirror’ will after Tony’s death, contrary to his wishes, to totally exclude them or their children from any future inheritance after her own death.

Pamela in evidence refused to give the ‘private’ details of her will, but told the judge she had ‘not revoked’ any provision which Tony may have made for his extended family.

Barry Coulter, for the daughters, asking for permission to appeal, said the judge should have drawn an ‘adverse inference’ in relation to Pamela’s honesty from her refusal to specify the contents of her will.

Lawyers for the daughters should have been allowed to continue cross examination when in fact Sir Julian cut them short, it was submitted.

‘The claimants were not put in a position where they were able to challenge the question of testamentary provision to Juliet and her children within (Pamela’s) will,’ Mr Coulter said.

But throwing out the daughters’ challenge, Sir Julian told him: ‘Pamela gave evidence that she had not altered her will and that she would respect Tony’s wishes. That’s what she said.’ 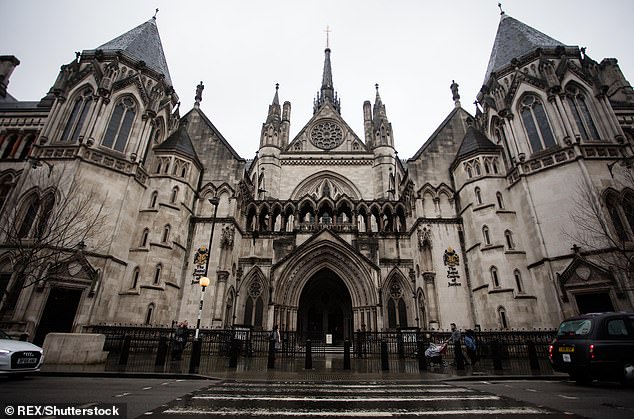 Lawyers for the daughters ‘put to her several times that she had altered her will and she denied it. Further cross-examination would have gone round in circles and I was not prepared to conclude that she was lying to the court,’ he added.

‘The claimants’ case failed due to deficiencies in their own evidence, not because I wrongly assessed the evidence of the defendant.

‘I was also entitled to conclude that (their mother) Jennifer would continue to provide financial support for her daughters.

‘Tony had made it clear they should have no expectation of inheritance.

‘It cannot be said that my value judgement was plainly wrong and this proposed appeal has no prospect of success,’ he concluded.

During the trial of the case earlier this year, the daughters claimed their father ‘changed’ when he married Pamela, with a rift forming so deep that he refused to walk Lauretta down the aisle at her wedding after he was told his new wife was not invited.

In the witness box, Pamela told the judge that it was Juliet and Lauretta’s ‘repeated requests for money’ that had been getting their father down before he made his will leaving everything to her.

‘Parents deserve a bit of respect. Those two girls enjoyed a luxury lifestyle,’ she said.

On this point, the judge said in his first ruling: ‘Pamela’s evidence was that Tony had said he did not always enjoy seeing the claimants because he knew the encounter would end with a request for money, which he found distasteful.

‘I am satisfied that he did say that and that there was an element of truth to it.

‘He had told her they were wayward and out of control (as teenagers).

‘He also told her that (when younger) both claimants referred to him as ‘The Chequebook’, which they found amusing but he found hurtful.

‘In my judgment, not only was she telling the truth about what Tony had told her, but the things he told her were substantially correct.

‘I have concluded that Tony did not have any obligations or responsibilities towards either of the claimants at the time of his death.’