According to the Forschungsgruppe Wahlen survey for ZDF television, which quizzed 1,279 randomly selected voters by telephone from June 3-5, the Greens’ popularity hit a record high of 26 percent. This puts them just a single percentage point behind the CDU, which on 27 percent saw its rating fall three percent from the previous survey last month. Angela Merkel’s coalition partners, the Social Democrats (SPD) were a distant third on just 13 percent – down from 10 percent in the last poll.

On May 10, the coalition of the CDU/CSU had a 10-point lead over the Greens, who had been favoured by 20 percent of those surveyed.

The latest results will throw further doubt on Ms Merkel’s hold on power in German politics, with the Chancellor still expected to step down from her role in 2021.

But in a further blow to the CDU, their leader, Annegret Kramp-Karrenbauer, has seen her approval rating slip alarmingly over recent weeks.

In the assessment of sympathy and performance on the scale of +5 to -5, Ms Kramp-Karrenbauer, who only took over leadership of the party from Ms Merkel last year, saw her rating slip to -0.1 from 0.7 in May. 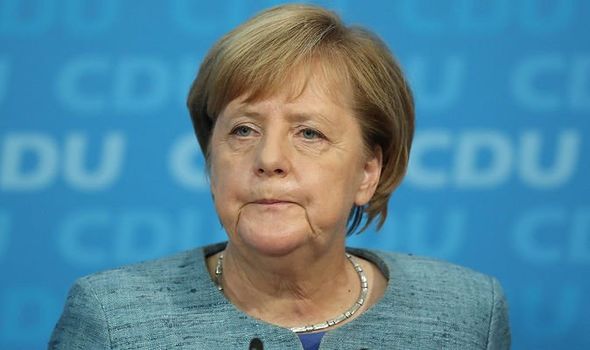 Just 18 percent of those surveyed believe she can successfully lead the party into the future, down from 41 percent in March, while nearly three quarters (73 percent) are unsure.

The confidence in Ms Kramp-Karrenbauer to be suitable as Chancellor when taking over from Ms Merkel has also fallen.

Less than a fifth (18 percent) believe this to be the case, down from 34 percent in March.

The CDU and SPD suffered their worst result in European elections history, with the former receiving 28.9 percent of the vote and the latter taking home 15.8 percent, who even finished behind the Greens with 20.5 percent of the vote. 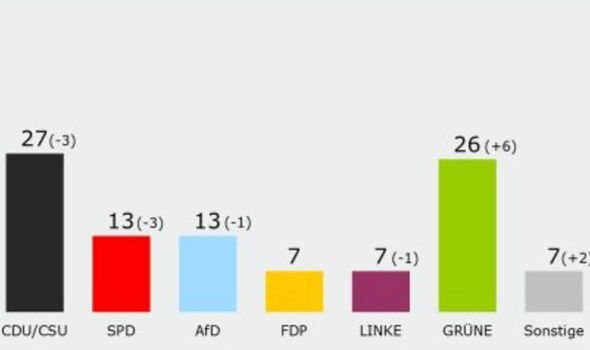 Angela Merkel will be Chancellor until 2021. I have to do my job as party leader, and that’s what I’m focusing on

Last month, German media claimed Angela Merkel could quit as Chancellor as early as this month after her successor Ms Kramp-Karrenbauer called a surprise meeting of party figureheads after the European elections.

But Ms Kramp-Karrenbauer attempted to quash speculation Ms Merkel quit imminently, insisting she will stay on as Chancellor in Germany for a further two years as originally planned.

She told German newspaper Funke Mediengruppe: “Angela Merkel will be Chancellor until 2021. I have to do my job as party leader, and that’s what I’m focusing on.

“I start from the full legislative term, and that’s my work schedule too.” 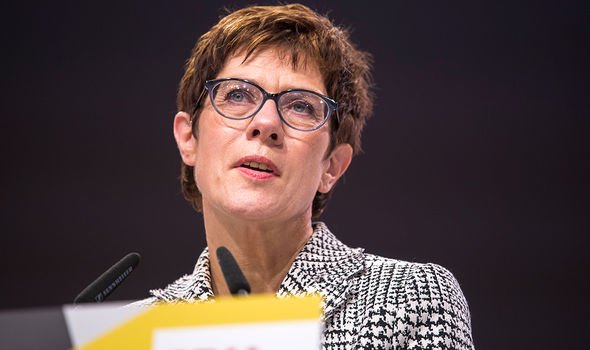 Wolfgang Schäuble, President of German Parliament the Bundestag, also insisted Mrs Merkel would not be stepping down early as Chancellor.

He told German broadcaster Rundfunk Berlin-Brandenburg Mrs Merkel was “exceptionally successful” and is elected for the entire term of office.

A survey by the research group Forschungsgruppe Wahlen from May 7-9 found more than two thirds (68 percent) of the 1,357 respondents backed Ms Merkel to remain as Chancellor until 2021.