This first became evident last month when Emmanuel Macron’s party suffered huge blows in the local elections’ runoff rounds. La Requblique En Marche was defeated in the Paris mayor’s race and Green Party candidates won in several other major cities, turning French local elections into a warning for the president. The vote has been delayed due to the coronavirus pandemic. President Macron has come under fire for his handling of the crisis, with France seeing almost 30,000 deaths and 160,000 confirmed cases.

In areas where En Marche had previously succeeded, the Green Party surged – taking about 49 percent in a three-way race, according to exit polls. Macron-backed Agnes Buzyn was running a distant third at about 14 percent, behind conservative candidate Rachida Dati.

The results are likely to renew attention on Mr Macron’s pledge to “reinvent” himself and lead the post-pandemic recovery ahead of a presidential election in 2022.

The vote also plunged the future of French Prime Minister Edouard Phillipe into uncertainty, leading to his resignation today.

Mr Philippe’s resignation could create a potential rival for Mr Macron, who is seeking to be re-elected in 2022. 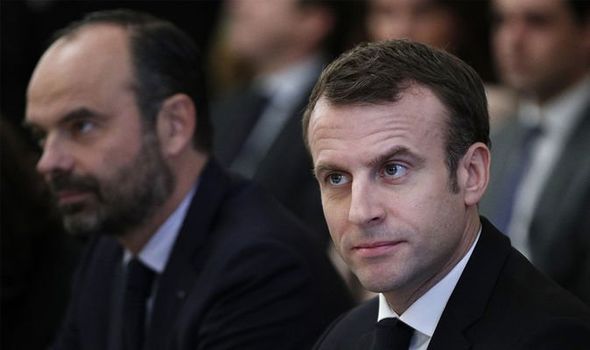 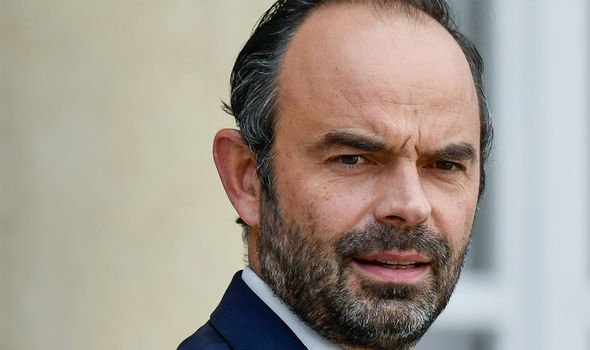 Worse for the French President, Mr Philippe has seen his popularity grow in recent weeks despite the government’s perceived failures in the coronavirus crisis.

Polls comparing approval ratings between the two make for sobering reading if you are the French President.

According to Harris Interactive, 44 percent approve of Mr Macron while 56 percent disapproved.

Meanwhile, 51 percent were satisfied with Mr Philippe and 49 percent not impressed with the former prime minister.

With a divided party, Green Party surge and more popular new rival waiting in the wings – Mr Macron has arguably never been under more pressure. 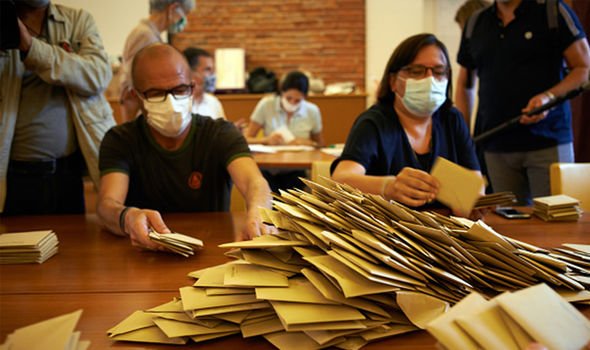 His presidency has also endured persistent pressure from the Gilets Jaunes (Yellow vests) movement – and the protestors forced the French President to admit he had “humiliated” France.

The French President opened up on his views of the demonstrators in his book which was released last year, called ‘The People and the President’.

It charts the birth and rise of the Gilets jaunes in France culminating in the start of the “great debate” which took place around the country to address their demands.

The Yellow vests is a populist movement campaigning for economic justice that began in France in October 2018. 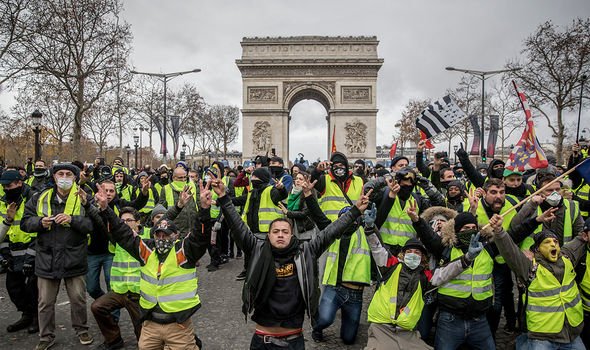 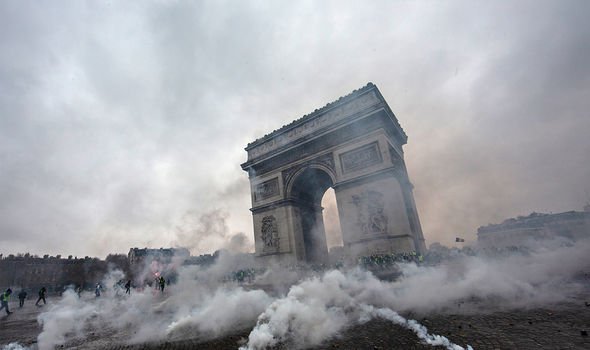 They have become notorious for huge protests in Paris which are still occurring today.

The movement saw demonstrators hit out at fuel taxes initially, but this anger broadened to other issues.

The lower middle classes in France opposed Mr Macron as they saw him as a “president of the rich” and perceived him as being out of touch.

In an interview from October last year, the French President is cited as saying: “It is a gigantic collective failure for which I share responsibility. But I have three years to change that.”

He added: “Lots of people were ashamed of their life, of not being able to make ends meet despite their best efforts. We’re the ones who should be ashamed.”