Emmanuel Macron and Justin Trudeau were pictured sharing a warm embrace in Paris today, as they met to discuss a new EU-Canada trade deal.

It isn’t the first time the two leaders have been affectionate in public and they’ve both previously spoken of their admiration of each other.

Today, their bromance continued as they discussed a controversial new trade deal between Canada and the European Union.

President Macron said on Friday that France would move to ratify the wide-ranging trade deal. 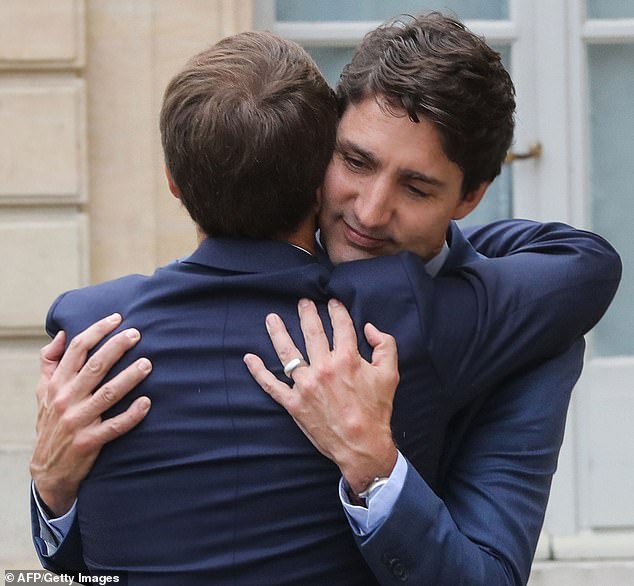 It has previously been criticised for giving excessive power to businesses while exposing many smaller firms to unfair competition.

‘The outcome from CETA has been positive,’ Macron said at a press conference with Canadian Prime Minister Trudeau in Paris.

As well as embracing each other, the two clasped hands and exchanged smiling words as they parted following their meeting.

During the press conference, the both expressed their support for the Comprehensive Economic and Trade Agreement.

Most elements of CETA came into effect in September 2018, though only on a provisional basis while several EU nations debate ratification of the document.

The pact removes tariffs on nearly all goods and services between Canada and Europe, which the EU says will eliminate 590 million euros (890 million Canadian dollars, $665 million) in customs duties each year.

But rights activists say CETA could weaken labour or environmental and health standards by giving corporate interests too much weight in determining industry regulations, while also encouraging nations to privatise public services. 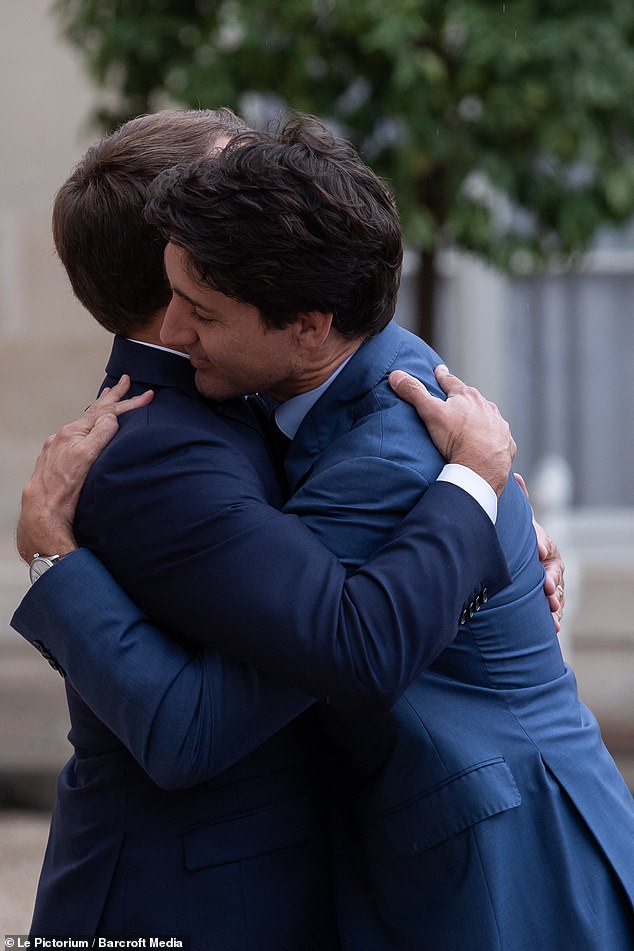 The two world leaders, who have a well-publicised bromance, were discussing a Canada-EU trade deal 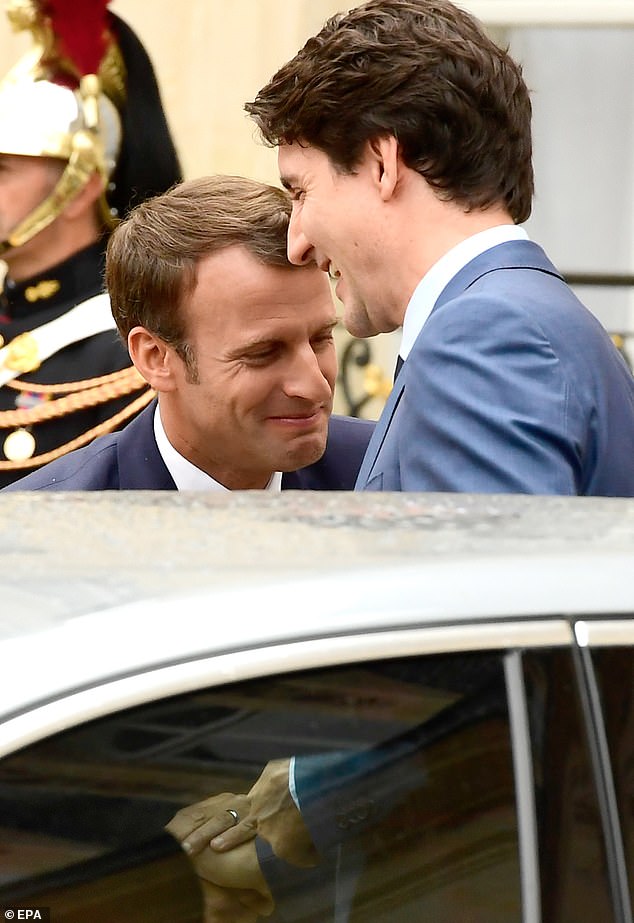 They also denounce a dispute resolution framework that could expose governments to lawsuits from firms who claim national laws unfairly impede their operations.

Farmers meanwhile warn they could face huge imports of Canadian meat, cereals and other agricultural products that would put their livelihoods at risk.

Macron rejected the claims, saying the pact would be submitted to parliament this summer.

‘Thanks to the measures taken by the government over the past two years, we can guarantee that the definitive application of CETA can happen in complete accord with national requirements in terms of health and the environment,’ Macron said.

‘The economic destabilisation that some in the agriculture sector feared hasn’t happened, in particular with Canadian meat imports, which haven’t at all been as high as some people feared,’ he said. 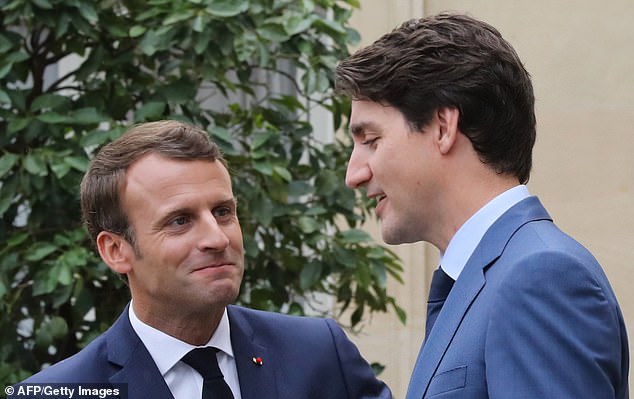 Farmers warn they could face huge imports of Canadian meat, cereals and other agricultural products that would put their livelihoods at risk 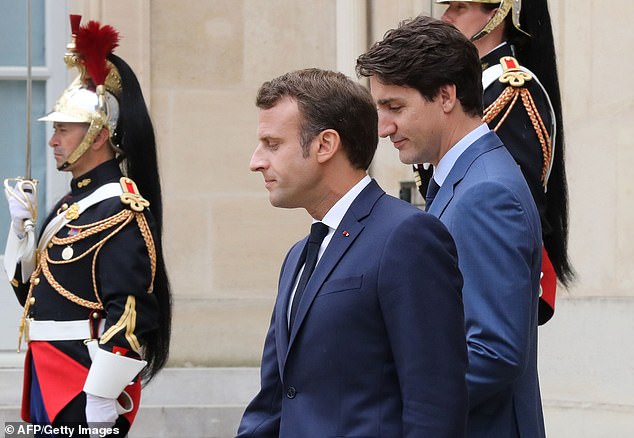 Macron rejected the claims, saying the pact would be submitted to parliament this summer

Trudeau said Canada, which has ratified the accord, welcomed Macron’s commitment as ‘very good news for France and Canada.’

‘We know that trade deals, when they are sufficiently regulated, are beneficial,’ he said.

Several EU nations have yet to approve the text, however, preventing it from coming fully into force.

The Belgian government had even asked the European Court of Justice to weigh in on the so-called Investment Court System that would let firms sue companies which claim their commercial rights are being infringed.

Critics say such a system would effectively dissuade governments from pursuing stricter regulations.

But on April 30, the court ruled the system was compatible with EU law.