Wellington: A mother who murdered her terminally ill daughter has been jailed for six and a half years in New Zealand.

Cherylene Lawrence, 49, was sentenced in the High Court at Napier on Friday after pleading guilty to a charge of murder in September.

Chevana Fox was 28 when she died on February 1 from injuries inflicted by her mother in the home they shared. 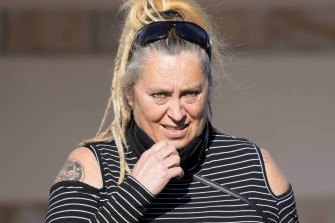 Cherylene Lawrence has been sentenced for 6.5 years for murdering her daughter. Credit:Stuff

Justice Cheryl Gwyn said that although the law required her to punish Lawrence, it was clear that she had already suffered greatly. The circumstances of the murder meant it would be manifestly unjust to sentence her to a lengthy prison sentence, she said.

Gwyn acknowledged that Chevana was particularly vulnerable, but considered her “overall impression” of the case, specifically the pressure the mother was under to care for Chevana, the emotional impact of the daughter’s deteriorating condition, the desire to end her suffering, and the fact Lawrence posed little to no risk to public.

“The pain of watching your daughter deteriorate over the last 13 years of her life is unimaginable,” Gwyn said. She acknowledged the professionals Lawrence dealt with often did not know how to care for Chevana. 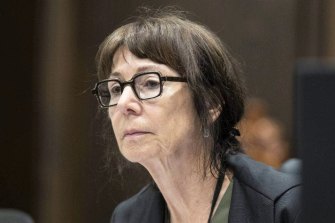 Justice Cheryl Gwyn said “there are elements of a mercy killing in Chavana’s death.”Credit:Stuff

Lawrence had dedicated much of her life to ensure Chevana had a good life, and this meant she had to sacrifice a lot, the judge said.

“It’s clear to me your personal circumstances would make life imprisonment manifestly unjust.

“There are elements of a mercy killing in Chavana’s death.”

Chavana’s death “would have been terrifying for her, but I did not consider it particularly cruel in the circumstances”, she said. 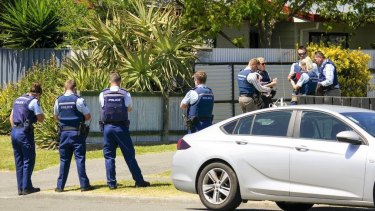 Gwyn sentenced her to six years and six months in jail and did not impose a minimum non-parole period.

The judge read from a doctor’s report saying there was considerable stress and burden on Lawrence as she watched her daughter’s condition deteriorated, and felt she had no choice but to end her suffering.

The report said juvenile Huntington’s disease was very rare and Chevana was the only person in New Zealand diagnosed with the disease.

It was noted that Lawrence went to great lengths to care and advocate for her daughter and was someone who put others’ needs ahead of her own.

“Chevana’s disease was consuming and overwhelming,” the judge said.

She acknowledged Lawrence accepted full responsibility for her daughter’s death.

Lawrence was issued with a three-strikes warning.

Chevana’s condition deteriorated steadily over the years. She resided at care facilities until moving back home with her mother late last year. She would often lash out at her mother and other caregivers.

Lawrence struggled to cope. She became sleep-deprived and her mental health suffered. By mid-December she became despondent. She cried the whole time, and felt her daughter no longer had any quality of life.

On January 4 Lawrence sent a text message to her mother saying: “I’m gonna end up killing Chevana. I’ve had. Enough.”

In late January she decided to kill Chevana and take her own life, the court heard.

At 11.37am she called the emergency line, telling a dispatcher: “Um I just flipped out and strangled her. Strangled my daughter. She’s dead … The trouble is, I, I did it on purpose.”

Emergency services arrived and Chevana was taken to hospital, but did not recover. She died on February 28.

Lawrence told police she had been up for most of the night with Chevana and that it had been a long time since she had slept properly.