The Great Pyramid of Giza is the oldest and largest of the three pyramids that still stands in El Giza, Egypt, and is one of the Seven Wonders of the World. Built over a period of roughly 20 years, this colossal structure was sanctioned under the ruler of fourth dynasty Egypt – Khufu – who was buried in a tomb inside. However, thanks to a discovery in the nearby town of Wadi Al-Jarf, archaeologists now understand how an ancient society managed to mastermind such an advanced creation more than 4,500 years ago.

Pierre Tallet and his team discovered the journal of a man named Merer, who had the title of “inspector” and was in charge of stone transportation from the quarry to Giza.

It was revealed during Channel 4’s “Egypt Great Pyramid: The New Evidence” how Khufu used elite teams of workers with different tasks to complete his vision for the Great Pyramid.

The narrator detailed in 2017: “The papyrus shows that Khufu divided his workers into teams with clear responsibilities and targets. 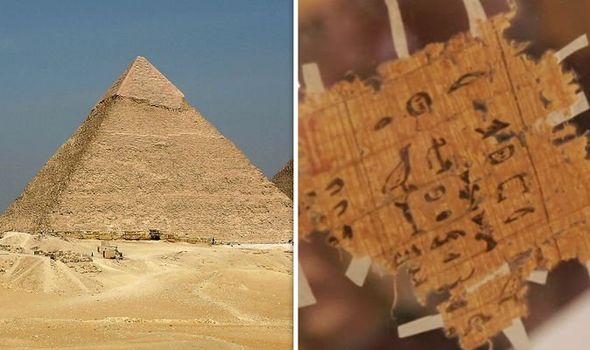 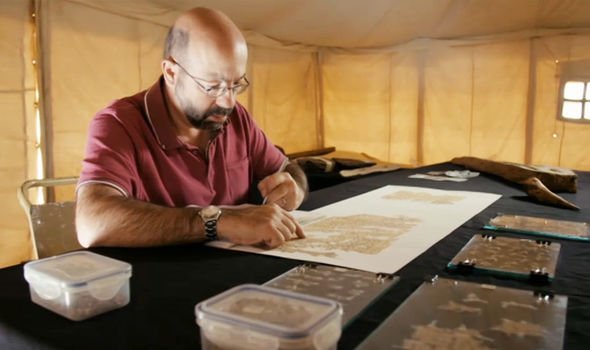 Khufu divided his workers into teams with clear responsibilities

“And it took many of these gangs to make up a huge workforce, thousands strong.

“Khufu didn’t have general labourers, he had focused, elite squads.”

The series then spoke to Mr Tallet, who translated the hieroglyphs in 2013.

He said: “This inspector Merer is the chief of a small group of about 40 persons.

“It is only a section of a big team, but the organisation of work that we can see here is exactly the same as the building of the Great Pyramid of Khufu.

“There is a very precise division of the work.

It is not the only impressive find Mr Tallet revealed during the show, though.

While in Wadi Al-Jarf, he also uncovered the remains of a jetty used by the builders when transporting the limestone.

However, they faced difficulty as there was not enough copper. 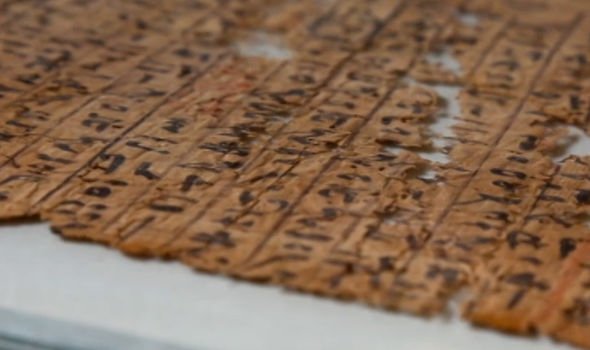 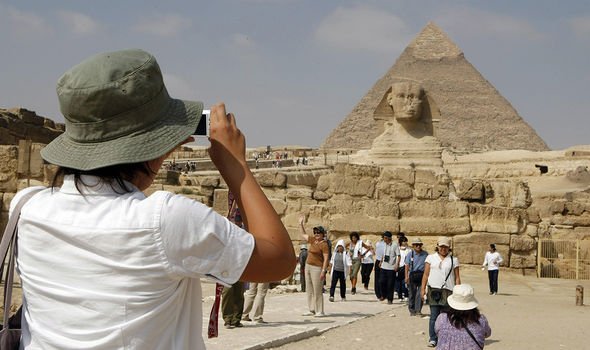 The narrator added: “Pierre has discovered the place where he believes the builders headed to solve this problem.

“Pierre’s team has mapped out the jetty at low tide to reveal that it stretches 200 metres out to see in an L shape.

“This harbour was built to be big enough to protect a large fleet of cargo boats that would sail to the Sinai Peninsula.”

According to Mr Tallet, workers would head to the city of Sinai to mine for copper, before sailing back to Wadi al-Jarf and making the long journey to the site of the Great Pyramid.