This is the terrifying moment a television reporter has a gun pointed in his face as he does a live piece to camera in Ecuador.

Diego Ordinola, a sports reporter for DIRECTV, was standing outside the Estadio Monumental in Tarqui, Guayaquil, when he was confronted by a man holding a revolver. 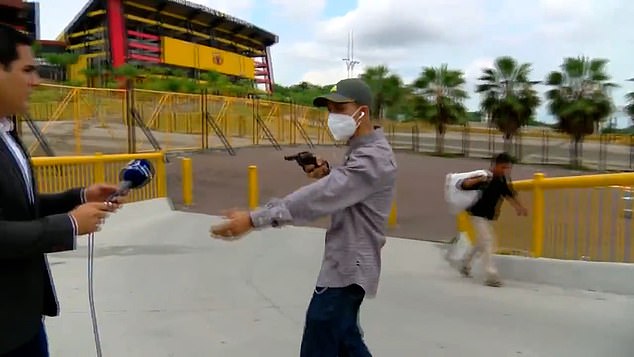 This is the moment TV reporter Diego Ordinola is robbed at gunpoint outside the Estadio Monumental in Tarqui, Guayaquil, Ecuador 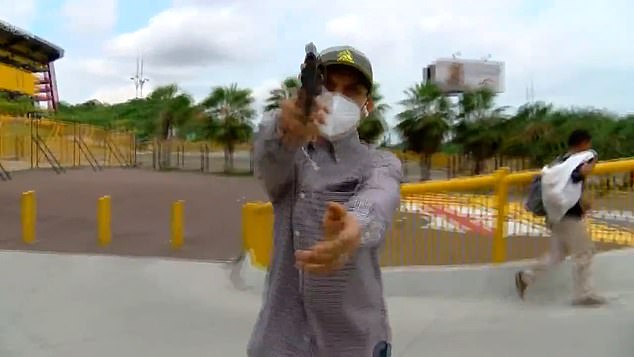 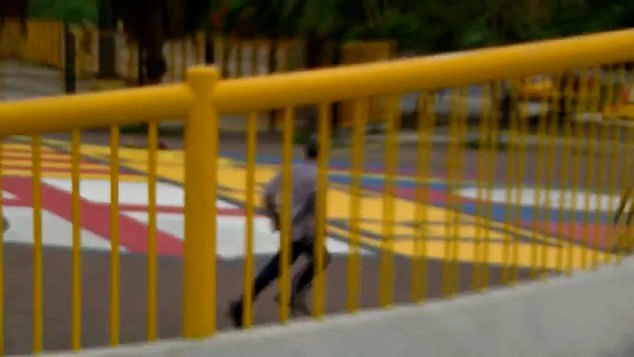 He wrote: ‘We can’t even work quietly. This happened at 1pm today outside the Estadio Monumental.’

In the video, the gunman grabbed a mobile phone belonging Mr Ordinola’s cameraman and escaped on a waiting motorbike.

According to local media, the incident took place last Friday at 1pm.

More than 350,000 people have viewed the footage on Twitter.

Mr Ordinola told his followers that the Ecuadorian police have vowed to track down and arrest the criminals.

On the footage, the raider can be clearly heard shouting out: ‘Telephone, give me your telephone.’

After grabbing the phone, the criminal, who was wearing a face mask, ran off away from the stadium. 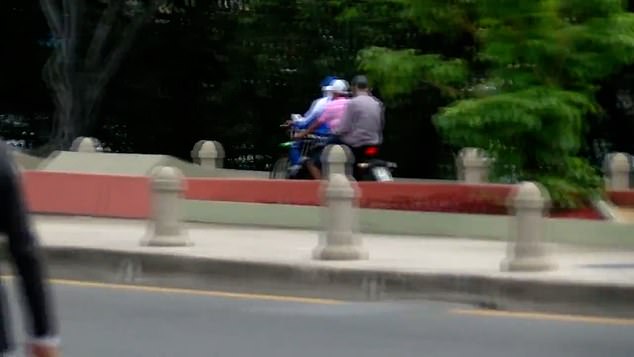 After a few seconds, Mr Ordinola and his cameraman give chase, by which time the gunman had crossed a busy highway and got on a motorbike.

The criminal is filmed escaping the area with the stolen phone.

Neighbours in the area on the outskirts of the city, including children, quickly ran after the man and the reporter praised them for returning his phone afterwards.

In the video, the robber runs off with the phone and Mr Demarco shouts: ‘Give it to me. My phone was stolen.’

He pivots to run after the man wearing a tracksuit but he disappears out of view down an alley.

Mr Demarco turns to onlookers and pleads: ‘Go find him, tell him that I work with the phone.’

They run after him down the alleyway as children follow behind holding their faces in shock.

After the robbery, Mr Demarco had to deliver an on air report for En Vivo El Nueve , an Argentine news station.

Luckily for Mr Demarco, the neighbours were able to get his phone back and it was reunited with him in minutes.