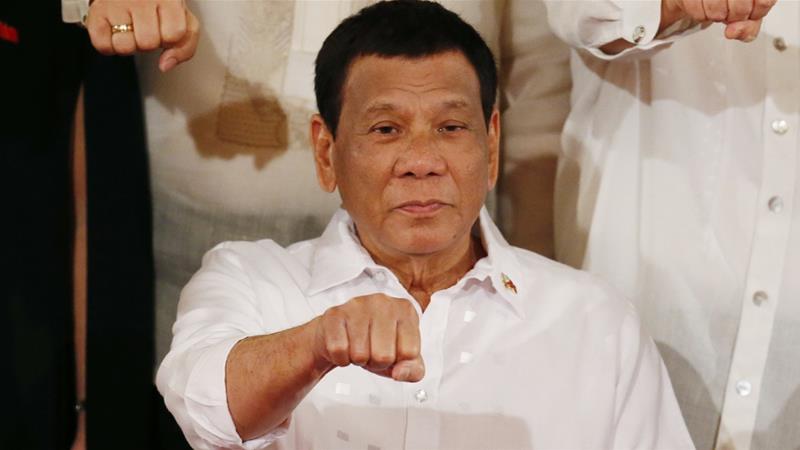 Manila, Philippines – Opposition Senator Leila de Lima still remembers meeting Philippine President Rodrigo Duterte for the first time in 2009 when he was the mayor of Davao city in the southern island of Mindanao.

Back then she was the country’s top human rights investigator, who confronted Duterte over allegations of extra-judicial killings in the country’s largest city under his watch.

De Lima wanted to find out what role the so-called Davao Death Squad (DDS) played in the suspected murders of over 700 people between 2005 and 2009, and why the local government under Duterte allowed the group to operate in the city with impunity.

De Lima remembered confronting the then-mayor about the deaths, noting that he was “civil” in their meeting, even as he dismissed the existence of the DDS.

Her office later recommended “possible administrative and criminal liability” against Duterte for the killings that took place while he was in office. Human Rights Watch also blamed Duterte’s “words and actions” for the killings of suspected criminals.

In 2016, the old adversaries ran into each other once again, after Duterte was elected president and De Lima won a seat in the senate for the opposition. During the campaign, Duterte had referred to his political faithfuls as Duterte Diehard Supporters, or DDS, and ran on a promise of a war against drugs.

Almost immediately, the two clashed and De Lima became the most outspoken critic of the president’s controversial crackdown on drugs. She ended up in jail after Duterte accused her of being a drug protector while she was justice secretary – allegations she strongly denied.

“He never forgave me for that investigation in 2009,” De Lima told Al Jazeera in an exclusive interview in February inside her jail cell, where she has been under detention since early 2017.

She says Duterte is incapable of handling any dissent.

Before her arrest, Duterte had also called De Lima an “immoral woman” and attempted to implicate her in a sex scandal.

As Duterte marks the midpoint of his six-year presidency on June 30, a group of lawmakers from the Association of Southeast Asia Nations (ASEAN) warned against the Philippine leader’s continued effort to erode the country’s democratic institutions with what they say is an “unprecedented crackdown” on critics, including his political rivals in the Congress.

In a report released on Tuesday, ASEAN Parliamentarians for Human Rights (APHR) accused Duterte of “using trumped-up criminal charges, threats and intimidation as well as a range of other tactics to subvert democracy”.

“The efforts by the Philippine government to harass, sideline and even imprison lawmakers are extremely troubling,” Charles Santiago, chairman of APHR and a member of parliament in Malaysia, said in a statement.

“These attempts to silence political opponents mark just one example of how democratic institutions are being eroded under President Duterte.”

The report also noted that the president or his administration directed “harsh”, “aggressive” and “highly misogynistic” rhetoric towards his critics.

Only on Monday, Duterte’s Foreign Affairs Secretary Teodoro Locsin called the sitting Vice President Leni Robredo “Hey, stupid”. She had earlier criticised the government’s handling of a diplomatic matter related to the territorial dispute between the Philippines and China. Locsin later apologised to Robredo, who is from the opposition party.

Duterte ordered the arrest of Trillanes in 2018, after revoking his amnesty for involvement in unsuccessful military uprisings years ago. Trillanes is retiring at the end of this month and remains free.

Other lawmakers who are facing or have faced “trumped-up charges” are the former Representatives Ariel Casilao and Antonio Tinio, the APHR report said.

According to the report, Casilao and Tinio were charged with “child abuse” in October 2018 after holding a protest with indigenous youth against Duterte’s martial law in Mindanao.

Eva Sundari, an MP in Indonesia and APHR board member, called on the Philippine president to end “the use of politically motivated criminal cases against lawmakers”.

“We urge the authorities to immediately drop all charges against those who have done nothing but engage in peaceful political activities – this must also include immediately and unconditionally releasing Senator Leila de Lima from detention,” she said. 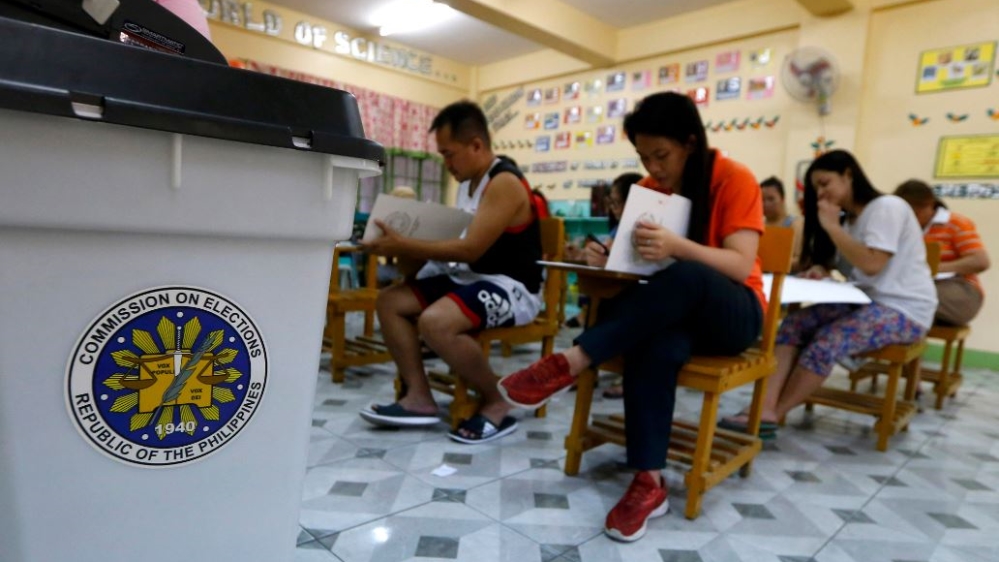 Despite all the controversy, Duterte remains hugely popular, enjoying an approval rating of about 80 percent.

That helped catapult his party leaders to victory in last month’s midterm elections, solidifying his support in the Senate and the House of Representatives, while further undermining the opposition.

Presidential spokesman, Salvador Panelo, said that the result of the recent polls gives the president a clear mandate to push his agenda, including the revival of the death penalty and amending the constitution, which could allow Duterte to stay in power beyond his term limit in 2022.

New congressional sessions are due to begin on July 22.

One opposition member who remains in office is Senator Risa Hontiveros, another vocal critic of the war on drugs, which according to human rights advocates has already claimed the lives of as many as 27,000 people since June 2016. Police say the death toll is about 6,000.

After Hontiveros’ helped underage witnesses to the police murder of a 17-year-old boy in September 2017, she was slapped with “kidnapping charges”. She was also charged with alleged “wiretapping”, after revealing text messages where a Duterte ally had ordered cases against her to be “expedited”. She has denied those charges.

In a statement to Al Jazeera, Hontiveros vowed to “persevere” as part of a very small minority in the Senate.

“We will never give in to despair. If anything, we will work harder, strive further and serve better. We will continue to strive for an independent Senate,” she said.

“The Senate is the people’s last line of defence within the government against continuing attempts to undermine our democracy and attack our human rights. The opposition in the Senate will continue to build issue-based alliances with our colleagues to defend and promote the people’s cherished freedoms and democracy.” 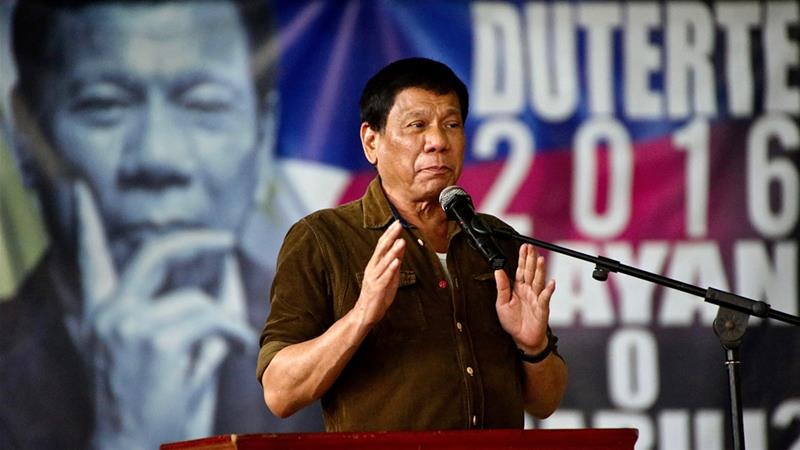