Vladimir Tsemakh, suspect in the downing of the airliner, was among dozens of prisoners exchanged by Kyiv and Moscow. 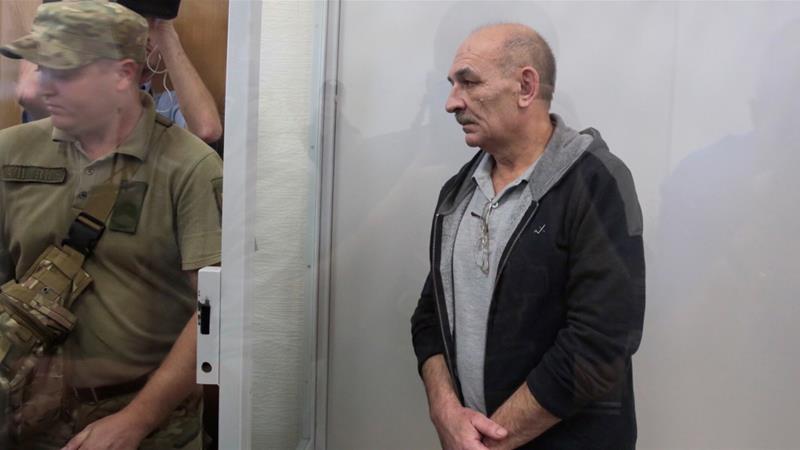 Russia allowed a suspect in the downing of Malaysia Airlines flight MH17 to return to rebel-held eastern Ukraine, Dutch prosecutors have said, in defiance of an extradition agreement.

Vladimir Tsemakh, an alleged air defence specialist for pro-Moscow separatists, was one of dozens of prisoners exchanged by Kyiv and Moscow in September in a deal hailed as a first step towards ending five years of conflict.

The Netherlands said it had then immediately asked Moscow at the highest levels to hand him over for questioning over the 2014 downing of the plane, but that Russia said it could not find him.

“According to media reports, Mr Tsemakh had already returned to his residence in eastern Ukraine,” the Dutch prosecution service said in a statement on Monday.

“The Public Prosecution Service has concluded that Russia willingly allowed Mr Tsemakh to leave the Russian Federation and refused to execute the Dutch request, while under the European Convention on Extradition, it was obliged to do so.”

The convention is under the auspices of the Council of Europe, the continent’s foremost human rights body, which Moscow joined in 1996.

The Netherlands is due to put four other suspects on trial in absentia in March over the shooting down of the flight from Amsterdam to Kuala Lumpur with a Russian-made BUK missile, which killed all 298 people on board.

Dutch prosecutors said they “regard Tsemakh as a suspect”, and that they had questioned him in Kyiv earlier this year following his arrest by Ukrainian government forces.

But Ukraine then handed him over to Russia as a key part of September’s swap, despite appeals by the Netherlands not to do so.

The Netherlands said it sent Russia an extradition request before the plane carrying him to Moscow had even landed as there were indications he wanted to flee to eastern Ukraine.

“The Russian Federation does not extradite its own citizens but since Mr Tsemakh is a Ukrainian citizen, there were no impediments for his extradition,” it said.

But despite a personal appeal by Dutch Prime Minister Mark Rutte, Russia said he could not be extradited “because no information regarding the whereabouts of Mr Tsemakh in the Russian Federation was available.”

The trial of the four other suspects is scheduled to start March 9 at a courtroom near Amsterdam’s Schiphol Airport.

The trial will go ahead without the suspects if they are not turned over to Dutch authorities.