DRUG cartels are developing new advanced smuggling submarines that can carry £86 million worth of cocaine undetected beneath the waves.

Secret plans for the next generation of the stealthy vessels were seized by Colombian cops in a raid on a gang's secret jungle base – and its feared many may already be operating beneath the waves. 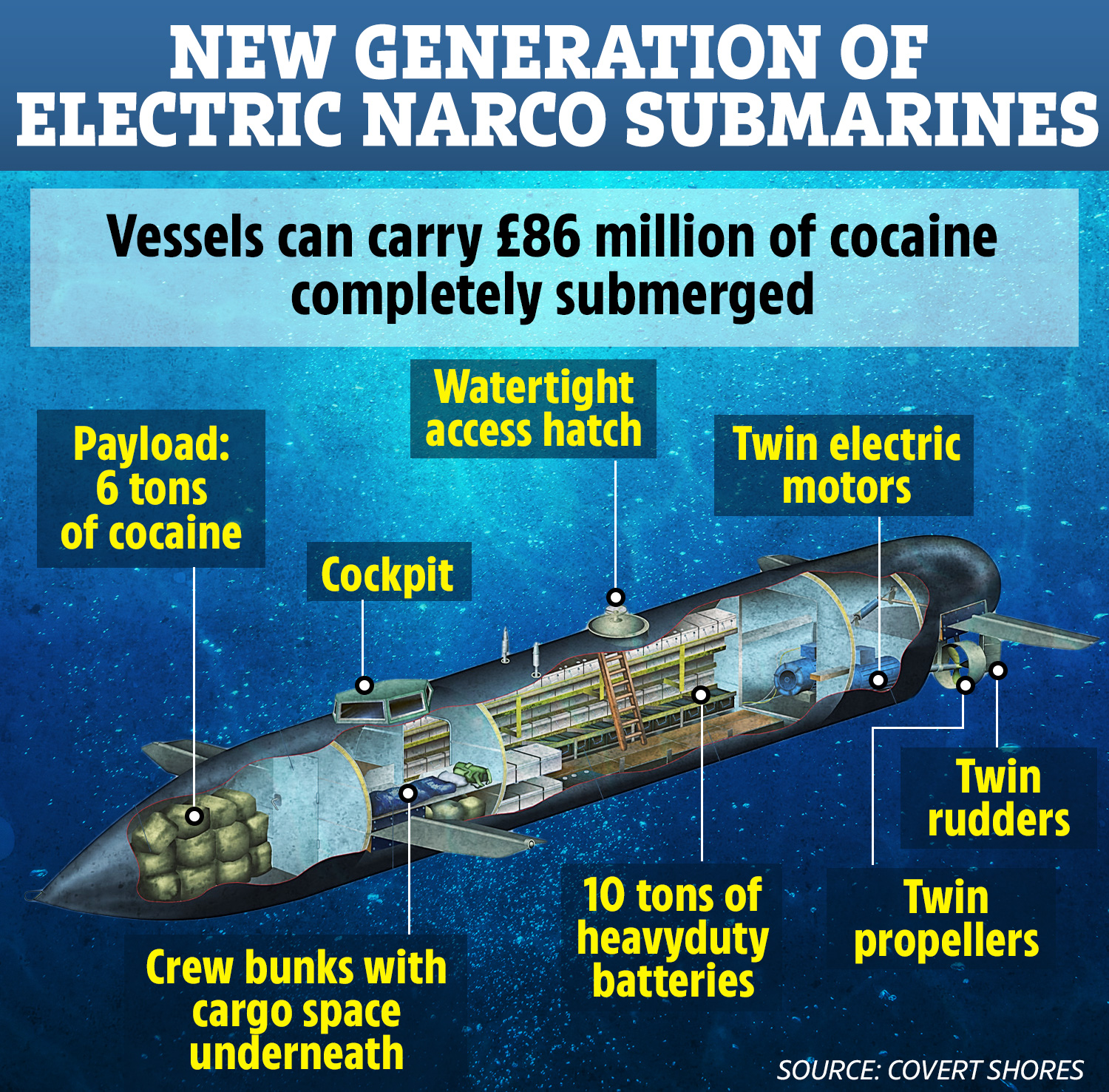 What are commonly called narco subs have been known about for time and began to be seized in the mid-2000s – but these were relatively basic and only semi-submersible.

The vessels are key in getting drugs up from South America to the United States.

Analyst H.I Sutton, who runs the Covert Shores website and is an expert on nacro subs, told The Sun Online cartels are now upping their game as they develop much larger and more covert ships.

He explained that it's believe cartels have been developing various forms of full-submersible narco-submarine for 10 or more years but so far none have ever been caught at sea.

“They have got a 100 per cent non-detection rate. The regular low-profile vessels by comparison get caught between 5-20 per cent of the time," he told The Sun Online.

The next generation of vessels uses electric motors to make them extremely quiet and much harder for law enforcement to detect, with a payload four times that of previous narco subs.

Master boat builders construct the massive craft in secret hideouts with drug cartels putting aside their differences to invest new technology and ship cocaine together on the subs.

Colombia's navy recently raided an artisan boatyard on the Cucurrupí River, in the north of the country, and arrested 11 members of a boat building organisation.

There they came across narco subs under construction for drug cartels across South America – who are increasingly using for advanced technology to beat the cops.

Mr Sutton told The Sun Online: “The main attraction of fully submersible vessels is that they are harder to detect. 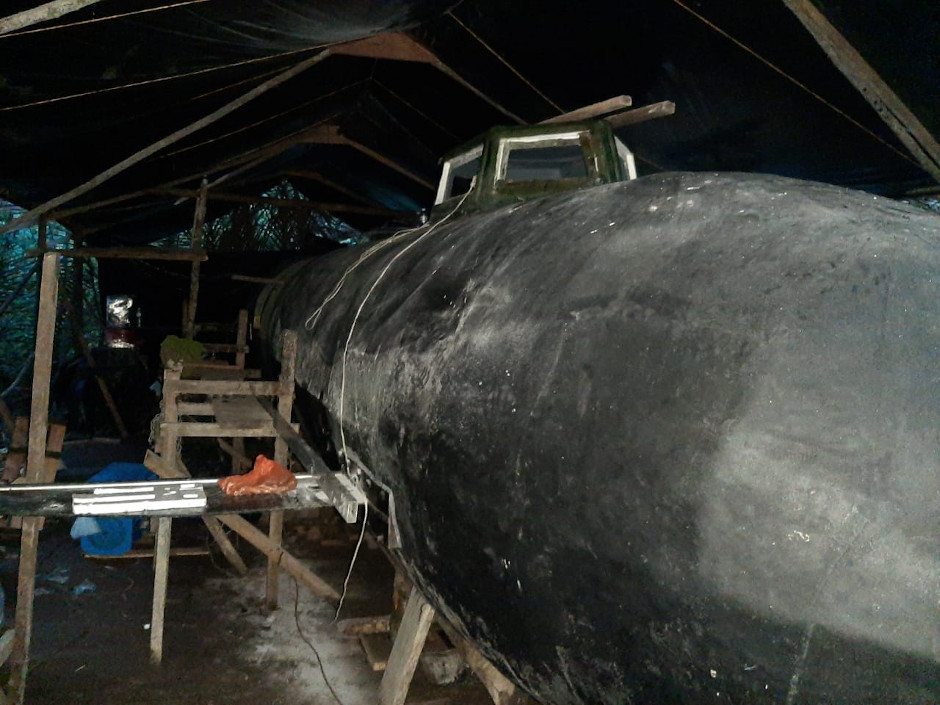 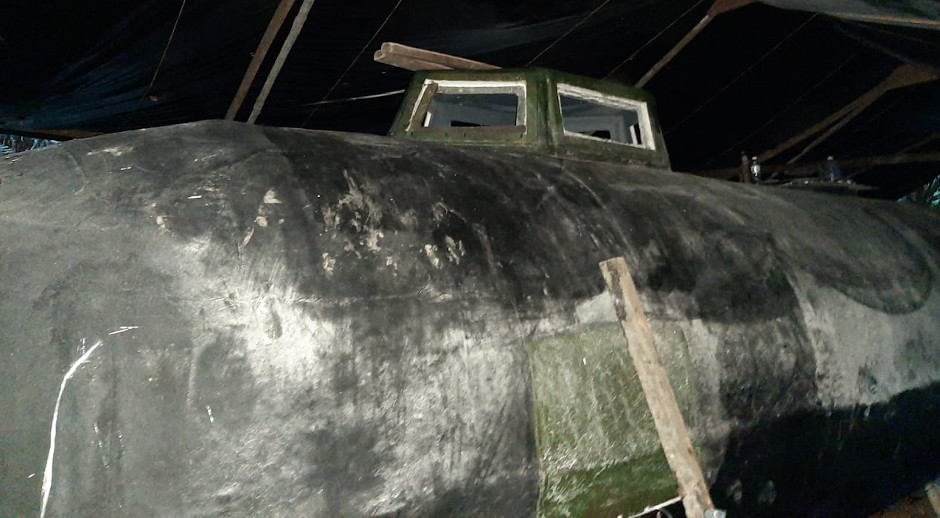 What are narco subs?

Initially speed boats were favoured by drug cartels seeking to ship drugs into the United States by sea.

But thanks to the efforts of the authorities, including the use of better radar, the criminals turned to specially built boats to sneak under the watch of coastguards.

They are usually sunk after each mission but with billions of dollars in annual revenue at stake, they are worth the one off cost.

Narco submarines are thought to have been in use since the 1990s and were the stuff of legend until they began to be intercepted in the mid-2000.

They were known as ‘Bigfoot’ by the disbelieving US Navy and Coast Guard commanders until one was finally caught 100 miles off the coast of Costa Rica in 2006.

They soon acquired the name narco subs – but in reality they were low profile or semi-submersible vessels designed to avoid detection but not operate under the waves.

By 2009, the United States said as many as sixty narco subs were spotted a year and it was estimated they were carrying a ton of cocaine a day.

Down the years they have become progressively larger and with greatly improved range to give them and ocean going capability.

In 2019, the first narco sub to have made it across the Atlantic was intercepted off the coast of Spain.

And the next generation of boats which can fully submerge and uses military-style silent electric motors will be a major worry to the authorities.

The submarine discovered in Colombia is estimated to have cost around £1 million to construct, Colombian officials have said.

Based on the plans that were seized by cops it would have carried some six tons of cocaine towards the American market, valued at around £86 million.

Most narco subs intercepted by the U.S. Navy and Coast Guard carry around 1.6 tons of cocaine, worth up to £35 million.

The trend had been towards smaller payloads per trip, but the discovery of the new submarine points toward a trend reversal, said Mr Sutton.

That gives it an estimated endurance of 12 hours, which would equate to about 32 nautical miles if the submerged speed is around three knots.

It’s probable that it would be towed into place to make the final difficult part of the journey. 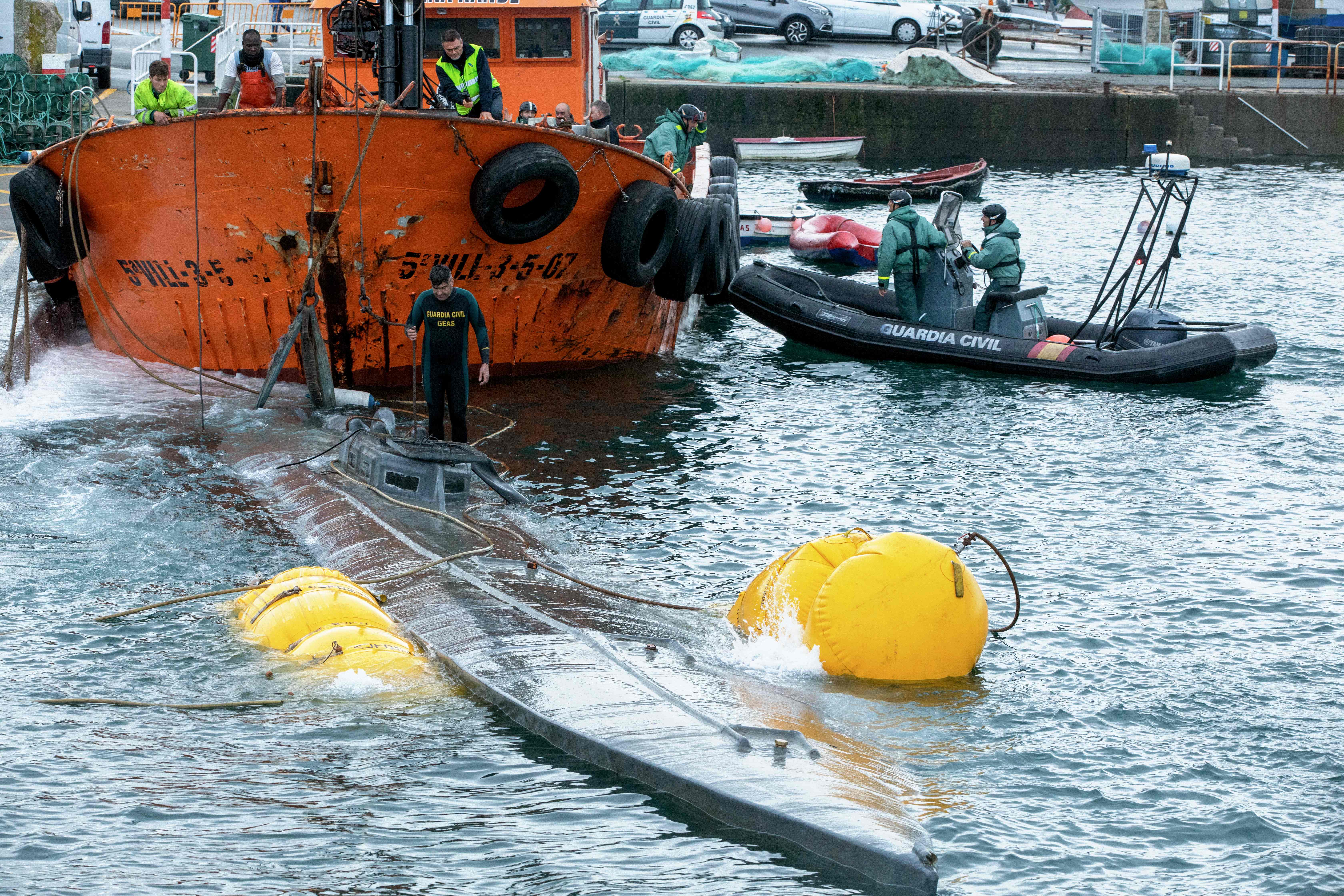 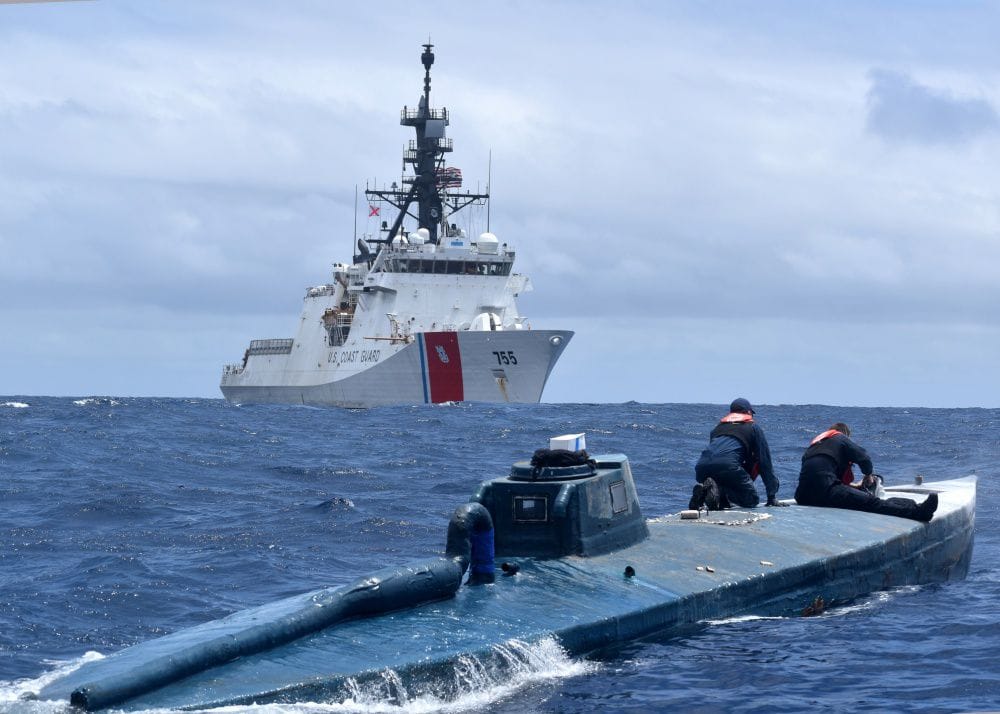 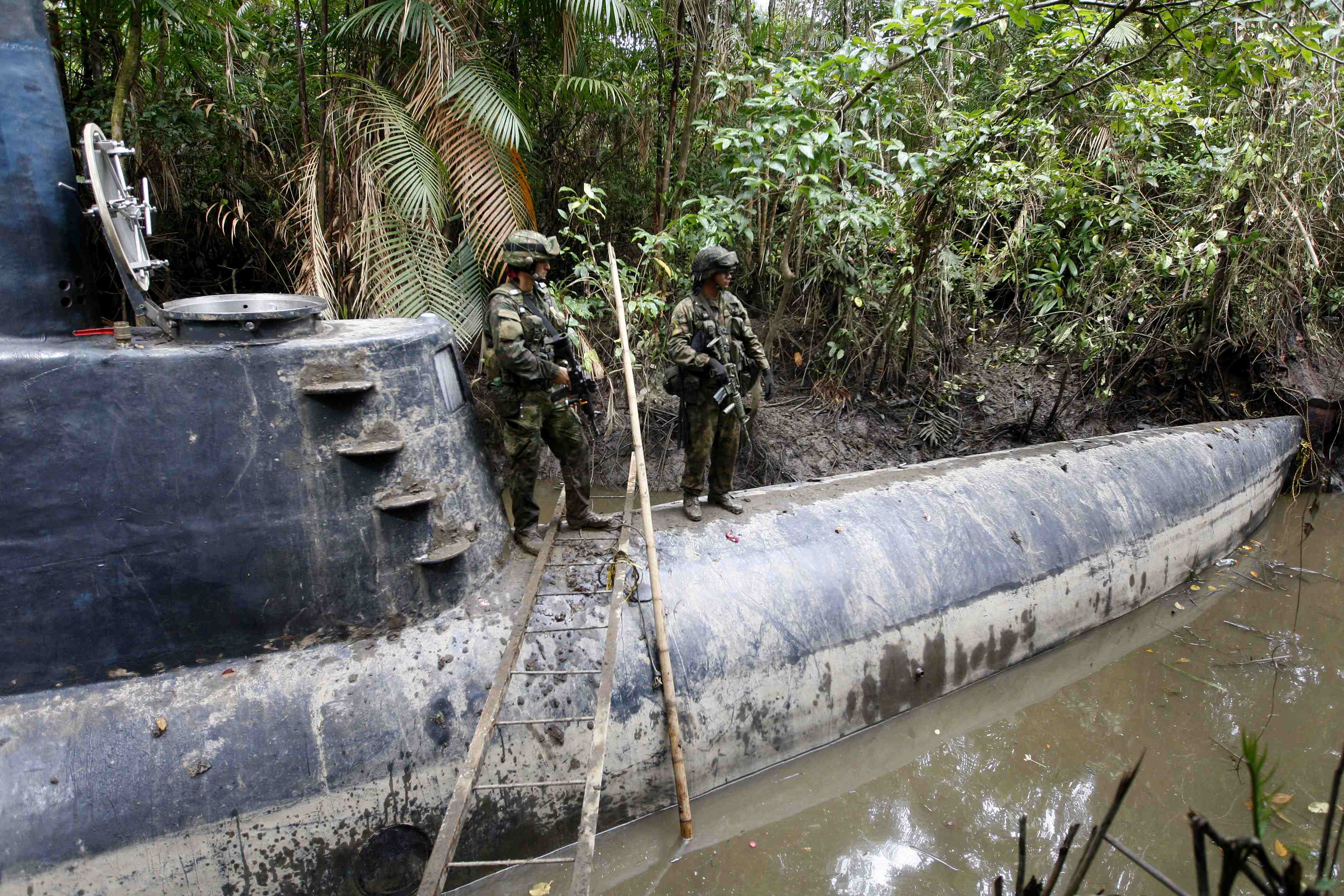 Once unloaded, it would be sunk and join the hundreds of discarded narco subs on the seafloor but with the large profit to be made, the one off cost is well worth it.

Narco subs are built in remote areas of Colombia and the expertise of their makers have drug cartels from across South and Central America beating a path to their door.

“There are indications that groups which might normal murder each other's members may cooperate on these vessels. Drugs trafficking is run as a business.”

But he said it remains to be seen if the new electric powered, fully submersible vessels will take the place of traditional narco subs.

“Fully submersible narco subs are inherently more complex and difficult to construct than the more common semi-submersible type,” he said.

“You cannot just chuck a couple of fishermen in and tell them to get on with it.”