THE dramatic moment Liverpool fans confront a migrant they found underneath the bus taking them back from the Champions League final has been caught on video.

The bus stopped in Calais on the way back from Madrid, where the match was played, because some men had stowed themselves underneath the vehicle. 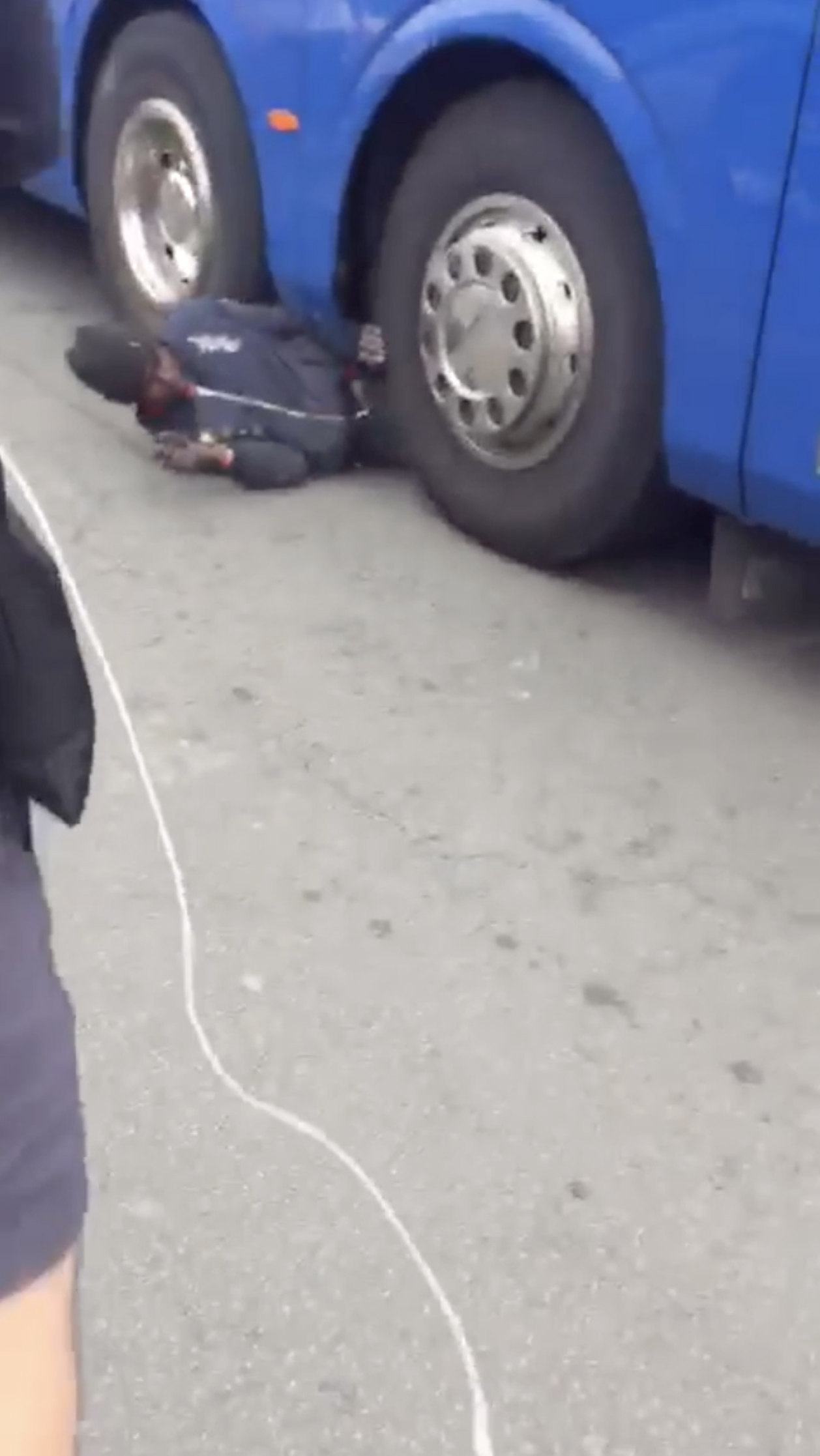 Liverpool beat Tottenham Hotspur 2-0 in the Champions League final on Saturday, June 1 and it is believed the footage was taken on Monday, June 3, in the Boulevard Victor Hugo in the French port.

In the footage a fans looks under the coach while another can be heard asking: “How many’s under there?”

One of the migrants can be seen crouching down beside the back wheel while an angry fan remonstrates with him.

An astonished woman can be heard asking another person “can you see anything?” while a man shouts “get out!” underneath the coach.

The first migrant walks to the back of the coach, where he argues with a fan who is shouting at him.

Meanwhile, the other man emerges from by the back wheel as the fans say: “There he is!”

Others begin to swear at him as he climbs to his feet and then walks grudgingly to the back of the coach, dusting himself down.

In the last month, nearly a dozen boats reached UK waters with a total of 92 people – the highest number since December.

The start of June saw a “record number” of migrants being spotted off the Kent coast trying to reach Britain in the hot weather.

Some of the migrants had to be taken to hospital for hypothermia after being picked up by HM Coastguard at the end of their journeys on inflatable dinghies.

Reports suggested 13 boats had brought around 30 migrants – it has since been confirmed that authorities detained over 70 from eight small boats.

At least one vessel managed to land without being intercepted and it was not yet known whether any migrants had left the scene. 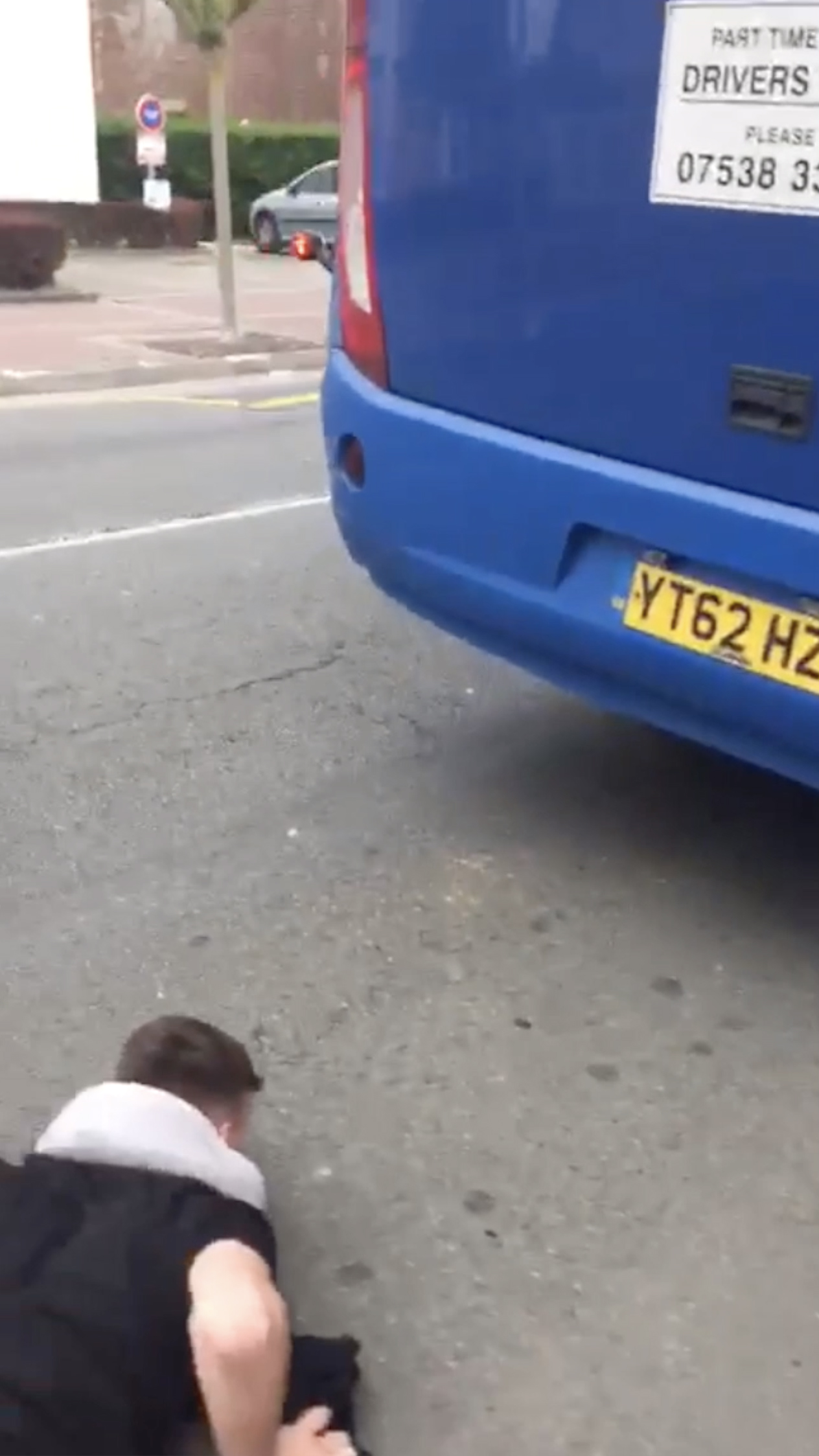 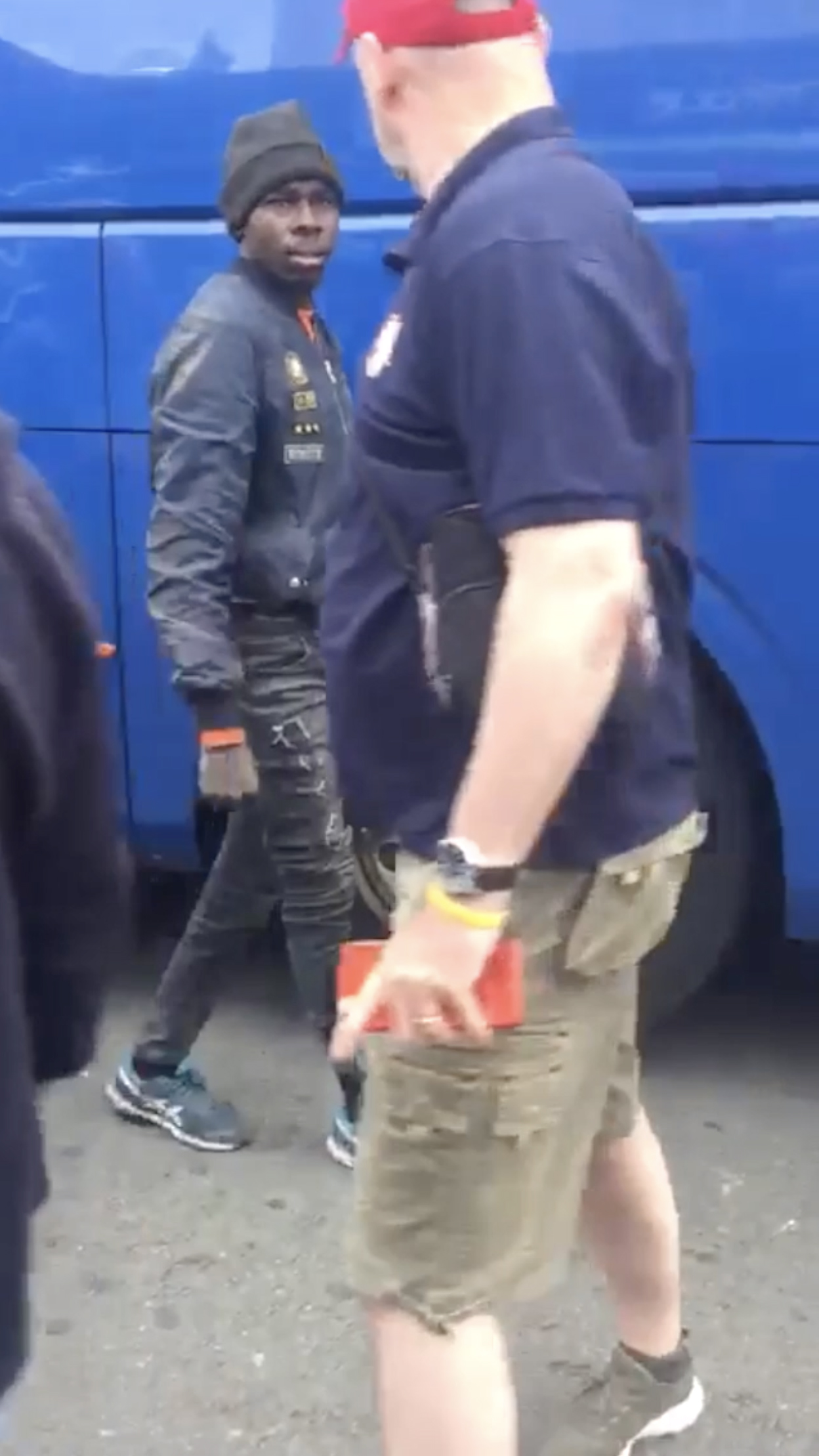 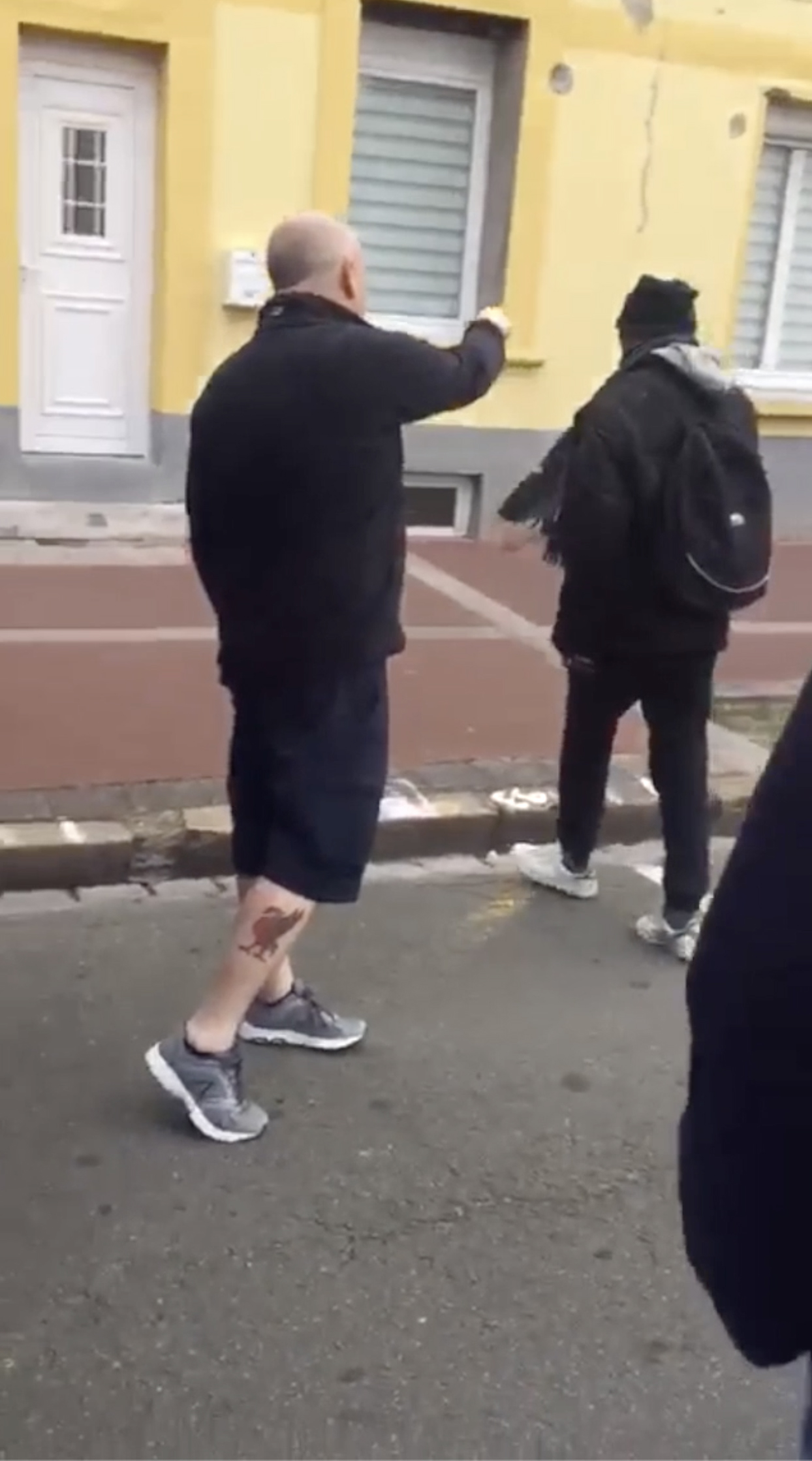