A NEWLYWED couple posing for wedding photos were swept out to sea by a giant wave during their photoshoot.

The bride and groom were standing on a rock in Laguna Beach, California when the wave crashed over them and dragged them into the ocean. 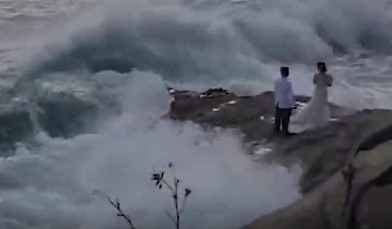 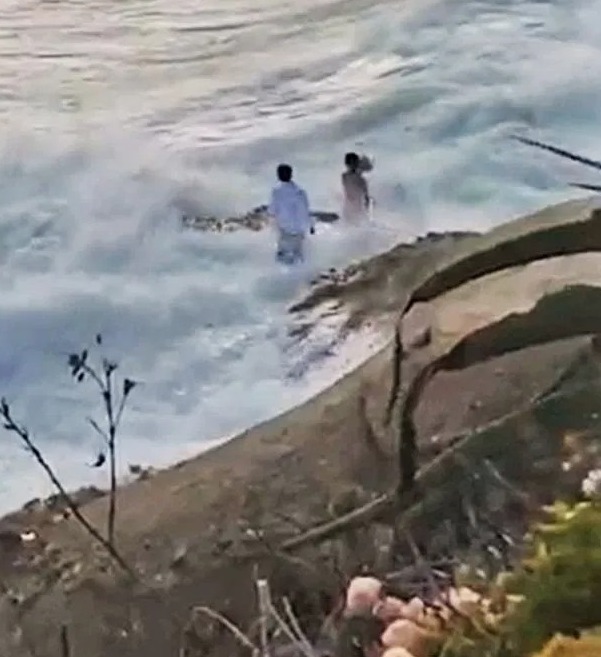 The dramatic moment was captured on video by a bystander who happened to be at a lookout point near the Montage Hotel in Laguna Beach.

Fortunately, lifeguards and firefighters were able to pull the couple from the choppy waters of Treasure Beach Island.

The couple, who have not been identified, can be seen taking a moment to re-adjust themselves during the photo shoot in the video.

That's when a large wave suddenly rises up behind them and overtakes the rocks they were standing on. 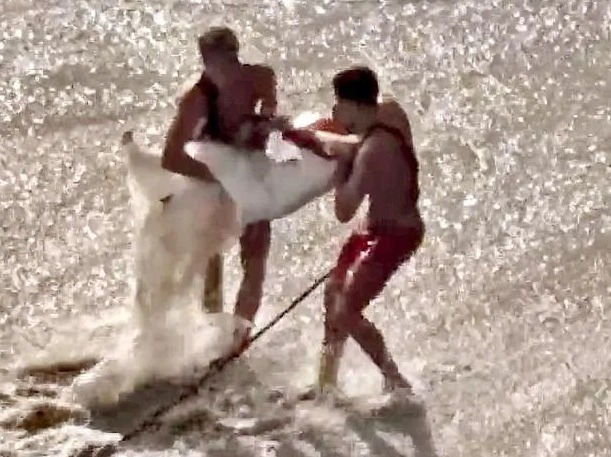 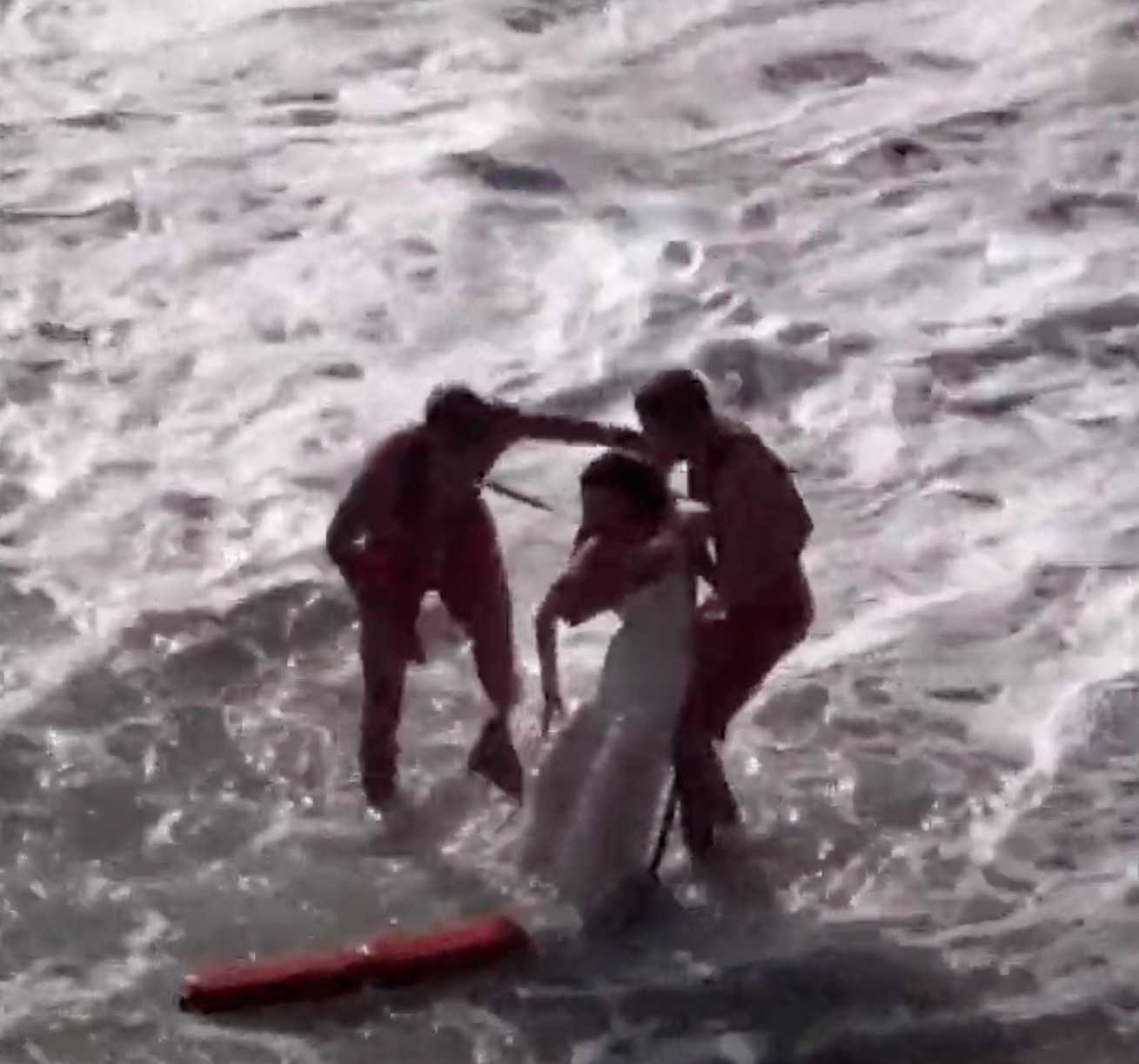 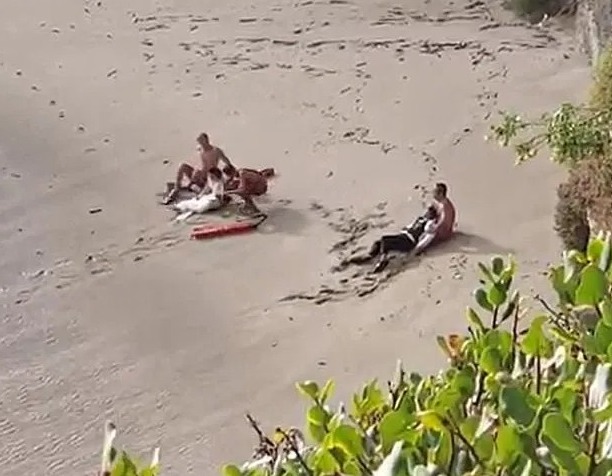 The Laguna Beach Fire Department arrived and was able to pull the bride and groom from the ocean using a rescue tube, according to The Daily Mail.

The wedding shoot certainly didn't go according to plan, but on the plus side, no one sustained injuries during the rescue.

The video footage shows the bride, gown and all, and groom being pulled from the ocean back onto the sand.

The spoiled photo shoot just may be the most exciting event to go down at Laguna Beach this week, as the beaches, along with those in Orange County, have been closed for the 4th of July due to big spikes in new coronavirus cases across California, according to The Los Angeles Times.

Beaches in Laguna Beach reopened in April after being shut down for nearly two months due to the pandemic, but officials are worried about safety – and the ability of patrons to properly social distance – if they stay open over 4th of July weekend.