Following England's defeat to Italy last night, several players have received a barrage of abuse after it came down to penalties in the Euro 2020 final. 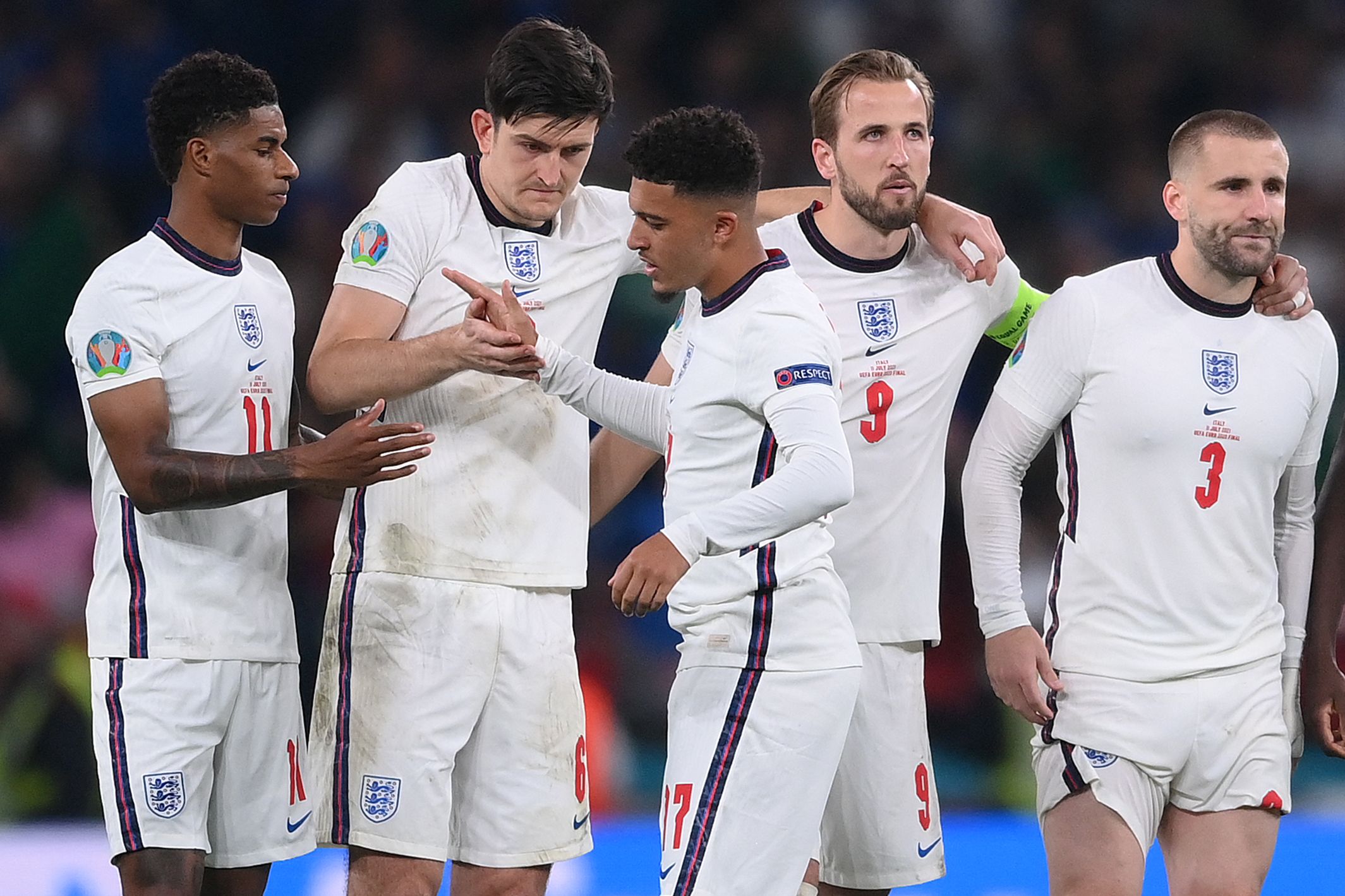 And the brave trio were all targeted on social media after their penalty misses.

The messages have been condemned by many, including the FA and Prime Minister Boris Johnson with the Met Police vowing to probe the repellent trolling.

This morning Dr Hilary warned these comments could be detrimental to the mental health of the young players.

Speaking on Good Morning Britain, presenter Susanna Reid and Dr Hilary agreed social media companies need to do more to hold those accountable who send vile abuse to others online.

"Something has to be done, I don’t know why we don’t hear from these companies trying to defend what they do, but they are anonymous as well." 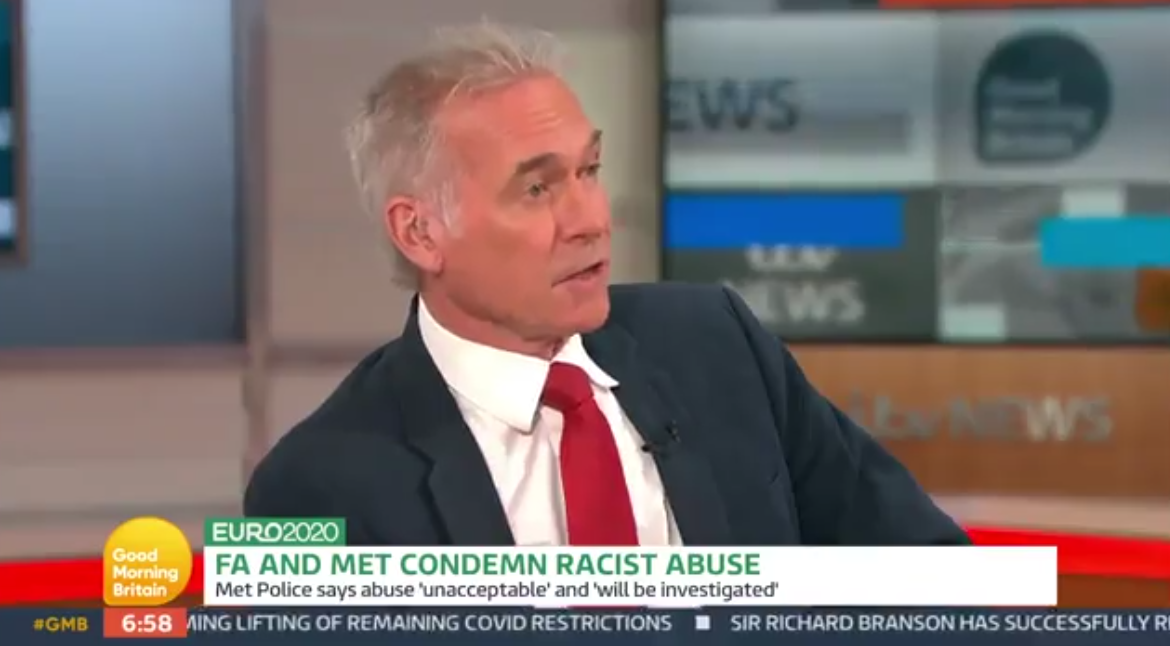 Dr Hilary also added that many messages sent and received on social media are from adults to adults, but that for younger people, these messages would be even harder to deal with.

He added: "We are talking about grown ups here who have resilience, who have the ability to cope with that level of abuse, children don’t.

"If they read 100 messages, they might get 99 nice messages and one awful one. What is the one they read constantly? It’s the awful one."

Susanna also explained that social media trolls think they can say what they want online.

She added: "Frankly, it's disgusting, and the full force of the law should be brought down on your heads."

She added that the platforms should be able to put in filters where as soon as you put racist comments online you should be identified or the companies should step in and fine you immediately.

"You would want every single one of those players this morning waking up to the voice of the nation saying 'we are so proud of you, you showed so much courage, you had the hearts and minds of courage of lions last night and you'll deal with the disappointment and you will come back from it'.

"Actually what happened is, they will see the abuse they get sent and all of that positivity will be infected."

An FA spokesperson said: "The FA strongly condemns all forms of discrimination and is appalled by the online racism that has been aimed at some of our England players on social media. 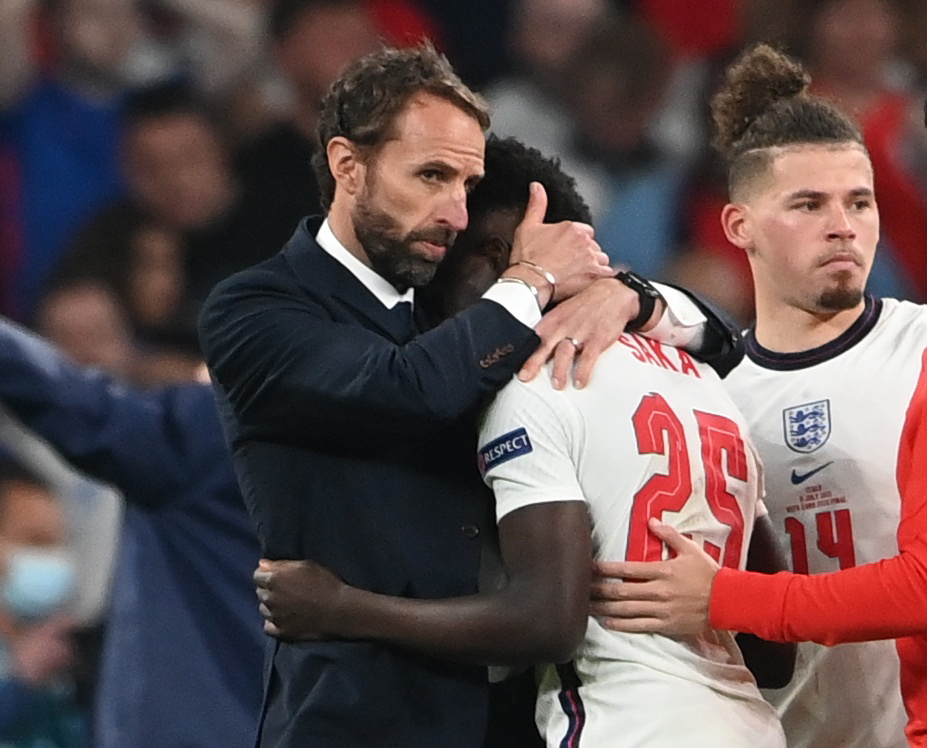 "We could not be clearer that anyone behind such disgusting behaviour is not welcome in following the team.

"We will do all we can to support the players affected while urging the toughest punishments possible for anyone responsible.

"We will continue to do everything we can to stamp discrimination out of the game, but we implore government to act quickly and bring in the appropriate legislation so this abuse has real life consequences.

"Social media companies need to step up and take accountability and action to ban abusers from their platforms, gather evidence that can lead to prosecution and support making their platforms free from this type of abhorrent abuse."