Dense fraudsters have tried to trick shop workers in Cornwall by handing over ‘twenty poond’ notes that are thought to be from a toy money set.

Several fake notes have been seized after they were ‘spent’ in takeaways and shops in Bodmin, with police warning several others may remain in circulation.

The counterfeit notes have identical serial numbers and wording, as well as the phrase on the back: ‘This is not legal. It is to be used for motion props’. 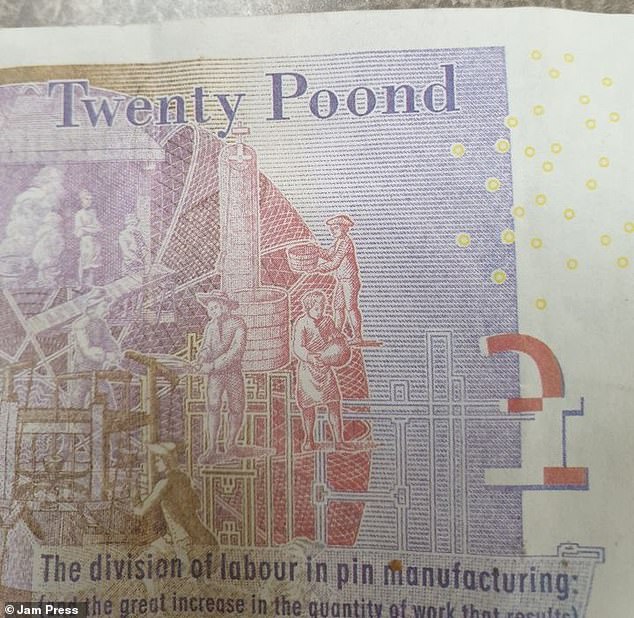 Several fake £20s may be in circulation in Bodmin, Cornwall, police have warned. They can be identified by the miss-spelled word ‘Pound’ (shown above) 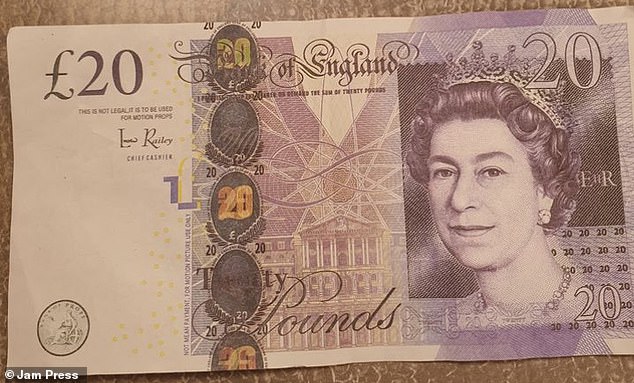 The counterfeit notes can also be identified by a text below the ‘£20’ symbol which reads: ‘This is not legal. It is to be used for motion props.’

Devon and Cornwall Police’s local branch warned yesterday: ‘We have been made aware of some counterfeit currency circulating around the town, particularly in the town centre.

‘As you can see from the photos, these notes are clearly fake.

‘They are all exactly the same, with the same serial number and wording identifying it as ‘toy’ money. We ask shopkeepers to remain vigilant when accepting notes.’

Social media users have joked that the money may in fact be ‘Scottish’ or only legal tender in Newcastle, with another adding: ‘If you get scammed with this, you deserve it.’ 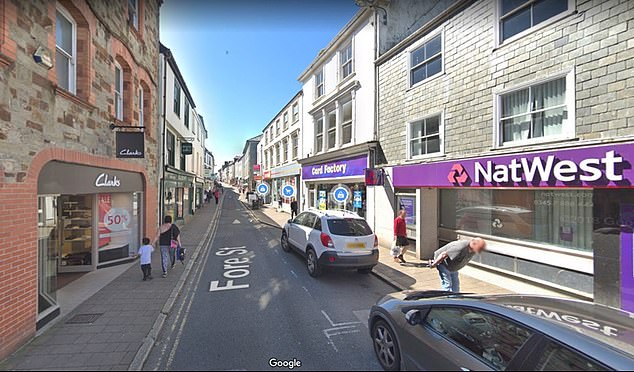 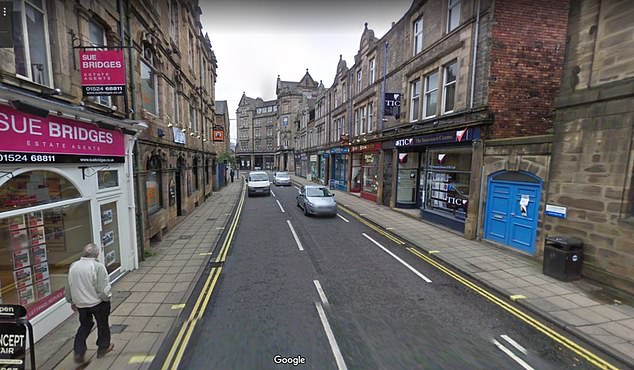 An investigation was launched in November last year after an ATM in Lancaster started dispensing ‘Twenty Poond’ notes.

At least two were issued by the machine prompting the Yorkshire building society to launch an investigation, reports The Guardian.

‘Our cash machines are operated by a third-party supplier and are not under control of the colleagues within the branch,’ they said in a statement issued at the time.

‘Anyone who suspects the notes received from one of our cash machines are forged should hand these in as soon as possible to their local branch to seek an exchange and have these notes taken out of circulation.’

There were several instances of fake £50 Scottish notes being used in popular St Ives and St Austell last month.

Officers advised shopkeepers and business owners to remain vigilant. One serial number (BX342178) has been identified – but it is feared there may be others.

One detective warned: ‘It’s unlikely anyone with an English accent would present the notes – it would arouse suspicion straight away.’

The notes being circulated in Bodmin have the serial number ‘DB66888800’.