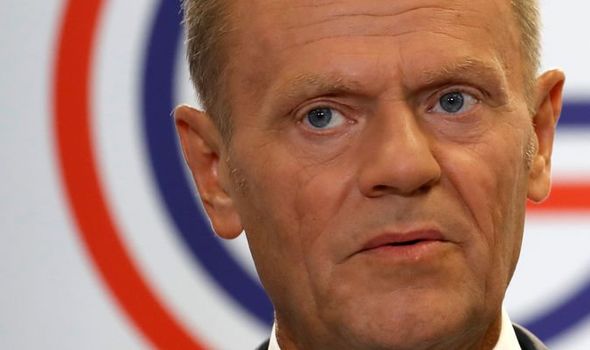 The European Council President said he did not receive an invitation until just before the weekend’s ceremonies took place and complained when it did arrive it showed a lack of respect as it was addressed simply to Mr Tusk without reference to his office. He told Polish broadcasters: “I’m not coming where I’m not wanted. If one wants to see somebody, one should treat them seriously.”

“I’m not going because I have no doubts that organisers of those important events are acting in a manner showing they are not eager to see me there.

“I never impose my presence on anyone when I know that I’m not welcome.”

Government officials said only heads of state and governments were invited to the events in the Polish capital despite the attendance of European Commission First Vice President Frans Timmermans, who is not well-liked in Warsaw, and Polish Commissioner Elżbieta Bieńkowska. 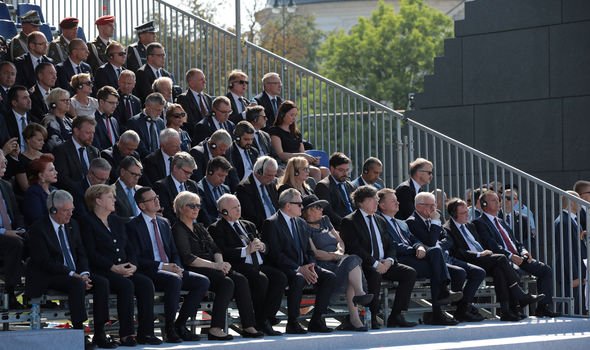 Poland said it had sent invitations to the NATO, EU and Eastern Partnership member countries.

The Polish administration decided not to invite Russia to take part in these events, arguing that the Soviet Union was not involved in World War 2 on September 1, 1939.

Warsaw also stated that it wanted to mark the anniversary with the countries it closely cooperates with now. 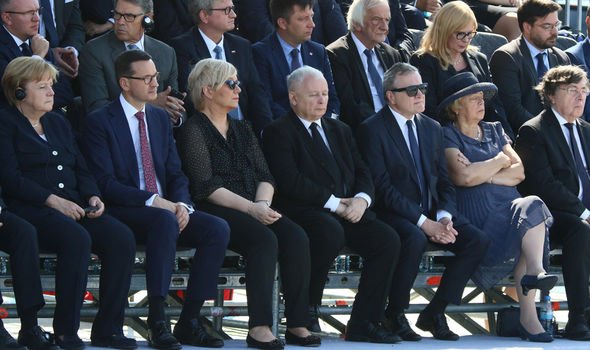 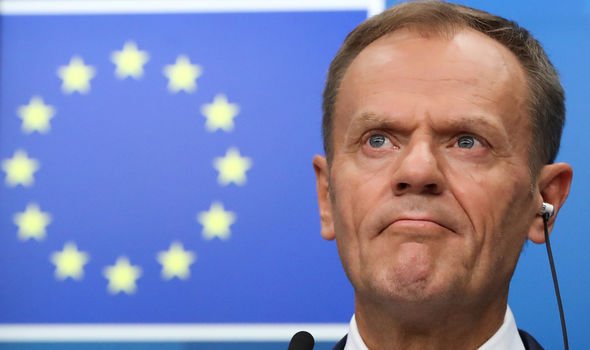 Few places saw death and destruction on the scale of Poland.

It lost about a fifth of its population, including the vast majority of its 3 million Jewish citizens.

After the war, its shattered capital of Warsaw had to rise again from ruins and Poland remained under Soviet domination until 1989.

Ceremonies began at 4.30am in the small town of Wielun, site of one of the first bombings of the war on September 1 1939, with speeches by Polish President Andrzej Duda and his German counterpart Frank-Walter Steinmeier.

Parallel events, attended by Polish Prime Minister Mateusz Morawiecki and Mr Timmermans, were held in the coastal city of Gdansk, site of one of the first battles of the war. 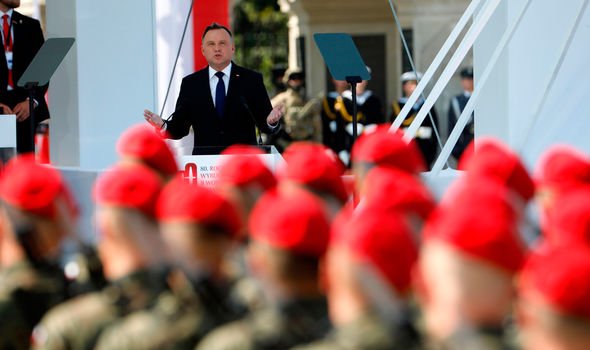 Poland’s ruling Law and Justice (PiS) party view the memory of the war is a major plank of its “historical politics”, aiming to counteract what it calls the West’s lack of appreciation for Polish suffering and bravery under Nazi occupation.

PiS politicians have also repeatedly called for war reparations from Germany, one of Poland’s biggest trade partners and a fellow member of the European Union and NATO.

Berlin insists all financial claims linked to World War 2 have been settled and critics of PiS say the party’s ambition is to fan nationalism among voters at a time when populists around the world are tapping into historical revisionism.