GOOD Morning Britain's resident doctor has claimed it was "inevitable" that Donald Trump would catch the coronavirus and that he is at a greater risk of dying from Covid due to his age.

The President of the United States and his wife, the first lady, Melania Trump announced they had tested positive for the virus in a tweet. 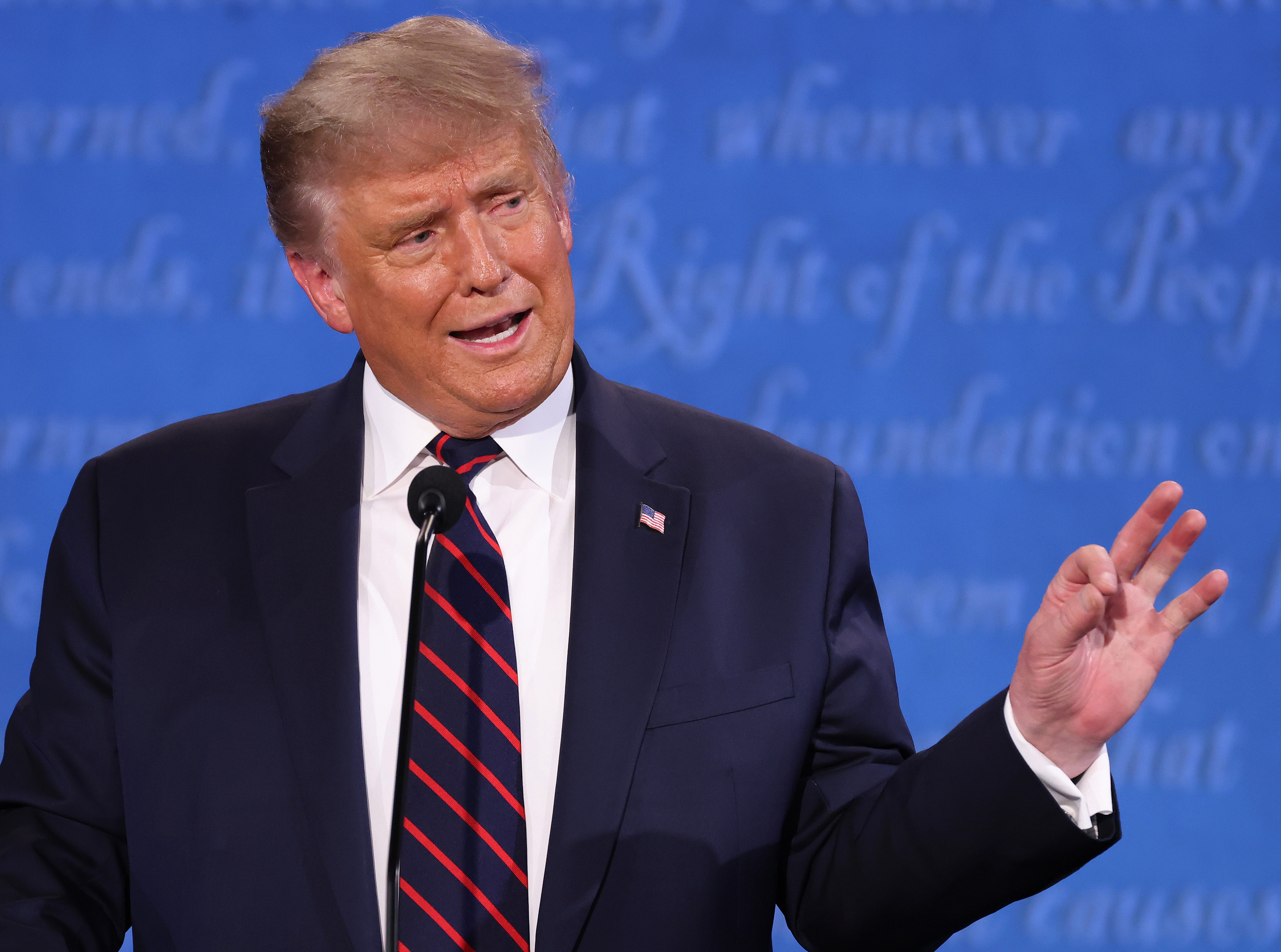 Dr Hilary Jones this morning said it was no surprise that the President had tested positive for the virus, as he would refuse to wear a mask or covering at public events.

Experts have warned that Trump, 74, is "10 times more likely to die of Covid" and is a "high risk" Covid patient, due to his age and weight – both of which are known risk factors for patients diagnosed with the virus.

Speaking on this morning's show Dr Hilary said Trump would be classed as "vulnerable" due to his age.

"He's 74, he's overweight, he has two factors there which puts him at considerable risk.

"I think medics looking on will say it was almost inevitable, the way we saw him not socially distancing, refusing to wear a mask at big conventions, how many people at those conventions died of coronavirus?

"The US has got the biggest death rate anywhere in the world."

Since the start of the pandemic there have been over 206,000 deaths in the US due to the coronavirus and over seven million cases.

Dr Hilary said people in the US have "not understood that this virus is dangerous". 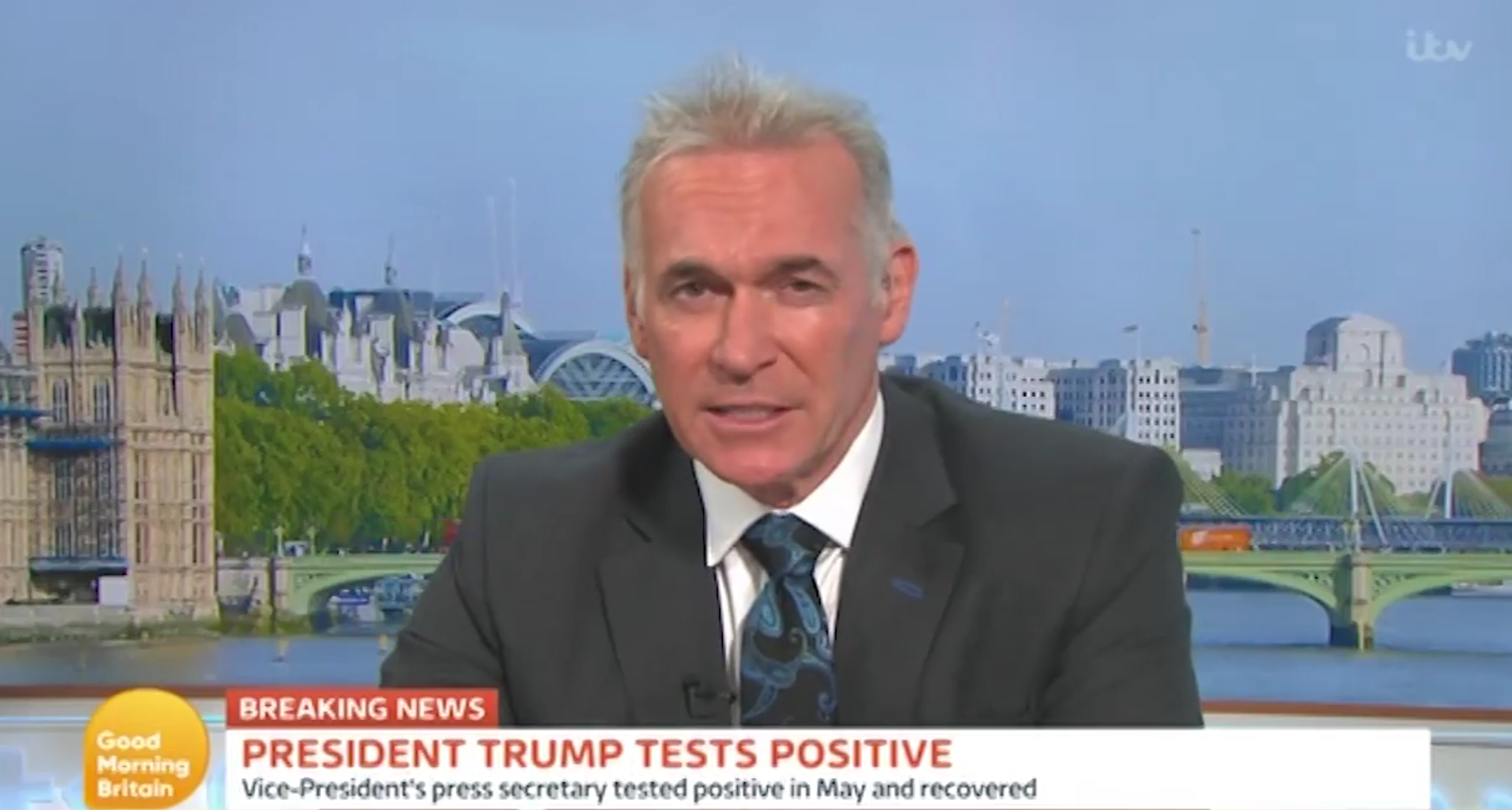 Later on in the show Dr Hilary calculated Trump's risk of dying from the virus.

And Dr Hilary Jones put into context how serious that could be for 74-year-old Trump, much to the fury of viewers.

Host Kate Garraway, whose husband Derek has been seriously ill in hospital for six months after contracting the virus, said: "Hilary has been doing some calculations and actually found out that if you're 74 you're 90 times more likely to die of Covid 19 than an 18 to 29-year-old, and ten times more likely than those in middle age."

The doctor said he got the figures from the US's Center For Disease Control and Infection.

Experts this morning stated that the risk of disease was down to a myriad of factors.

Prof Naveed Sattar, Professor of Metabolic Medicine, University of Glasgow, said: "Donald Trump has some risk factors such as being male, older (still strongest risk factor) and overweight but if he has no chronic conditions and is reasonably active (it seems likely so as he plays lots of golf and appears to walk quickly) then these may offset or attenuate his risks so that he may recover swiftly from the infection. 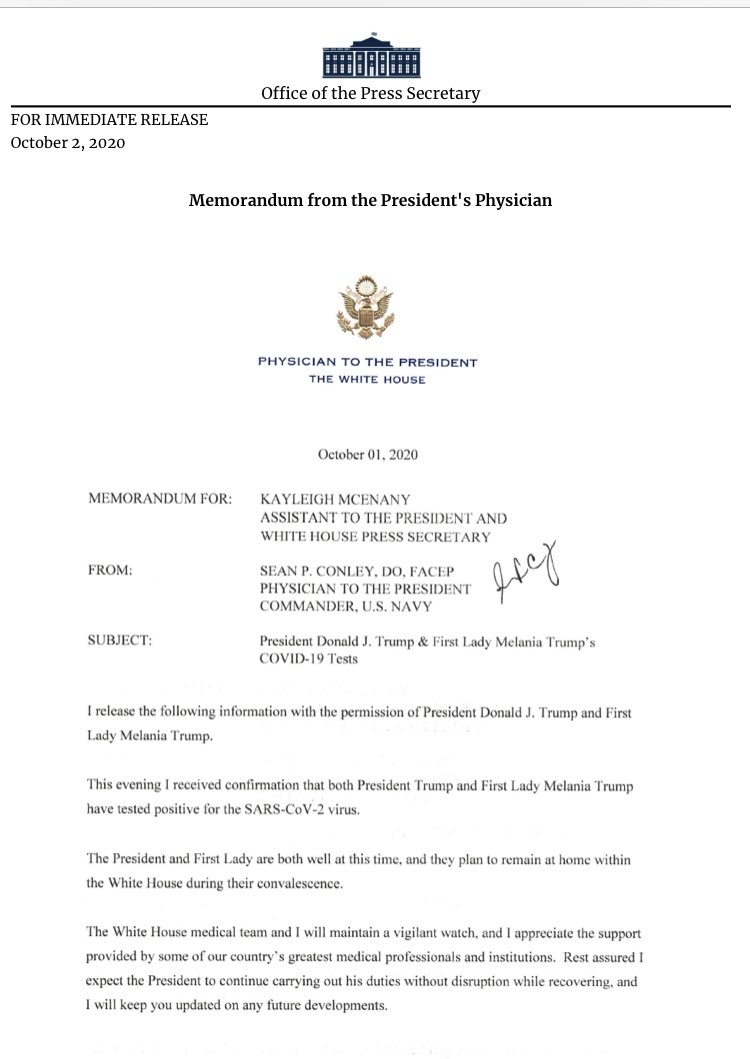 "The risk of serious disease and death depends on many factors – some unmeasurable, so there is always uncertainty – and it is not so simple as to make inferences from one or two alone.”

Other experts said the fact that the President has not been wearing face masks could be another reason why he contracted the virus.

She added that the President had also spent long periods of time indoors with large numbers of people.

"High vocalisation (in many Trump gatherings such as rallies, people were encouraged to shout and chant); and whether the rooms were adequately ventilated." 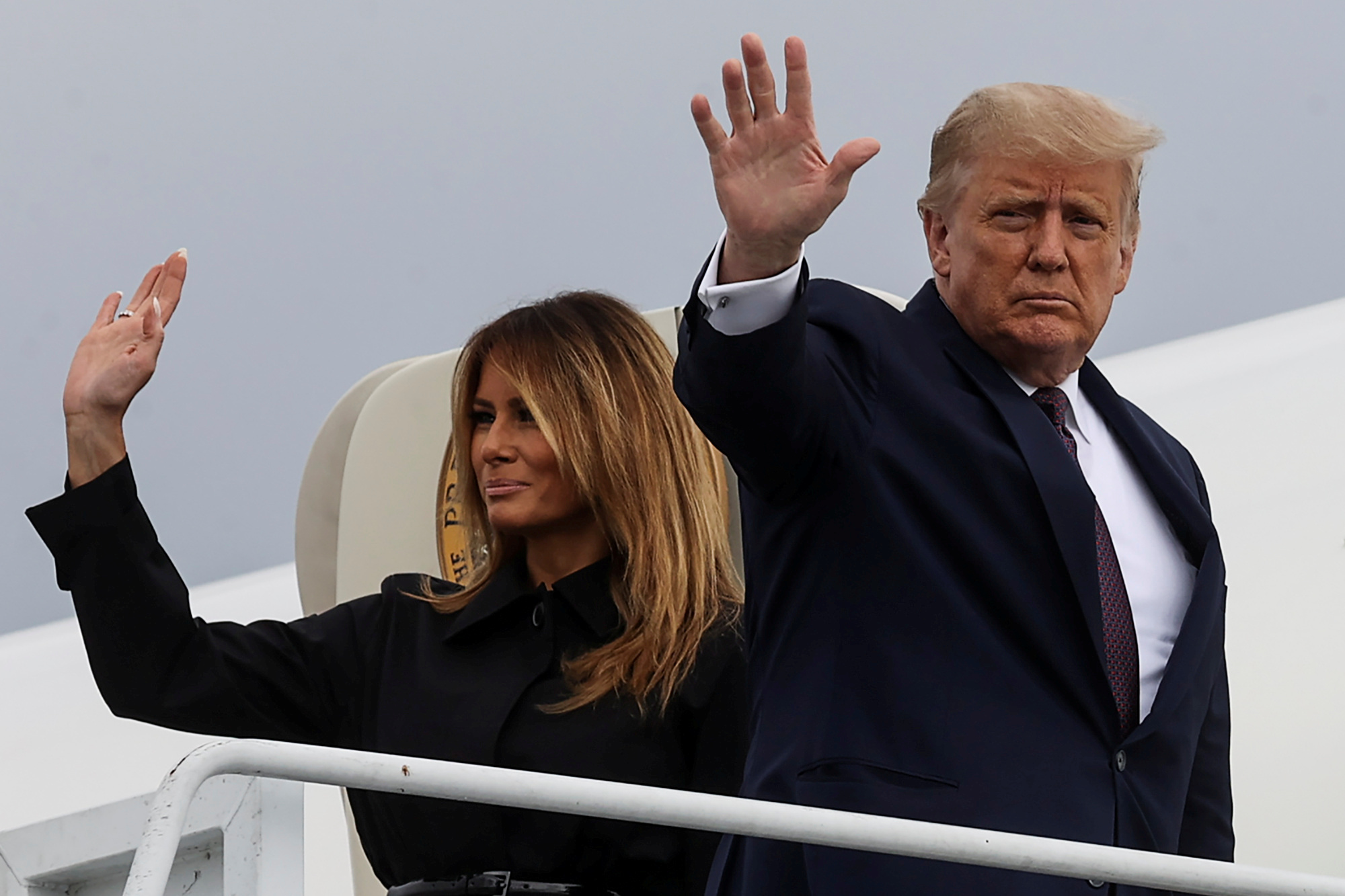 Dr Michael Head, Senior Research Fellow in Global Health, University of Southampton agreed and said the President's age would mark him as vulnerable.

“He is aged 74, and reportedly overweight.

"Many people in their 70s will also have further co-morbidities that increase the risks of a more severe illness.

But one expert said claims that his infection were "inevitable" are unfounded.

Prof Rowland Kao, Professor of Veterinary Epidemiology and Data Science, University of Edinburgh, said: “That Donald Trump became infected was not an inevitability, but is consistent with him being a high risk candidate for infection."

He added that this was due to his attitudes against protective measures.

"Also of concern is that those very same conditions make him more likely to infect others when infectious, and so his actions now have great importance in terms of reducing that risk of creating new outbreaks, but perhaps most importantly as an example to others – whether that is for better or worse is up to him.”

President Trump tested positive for coronavirus along with First Lady Melania – and has vowed: "We will get through this together."

The 74-year-old announced the positive results, hours after it was revealed his top aide tested positive for Covid.

Trump revealed that he and Melania will remain in quarantine – in what could set back his campaign with just 32 days until the presidential election.

He tweeted: "Tonight, @FLOTUS and I tested positive for COVID-19.

"We will begin our quarantine and recovery process immediately. We will get through this TOGETHER!".

It comes after Hope Hicks – one of his closest advisers – tested positive for the virus on Wednesday.