GRETA Thunberg fired another death stare at Donald Trump today as he urged world leaders to "reject prophets of doom".

Trump declared that America is "winning again like never before" in a speech in Switzerland – and again fell victim to the teen activist's icy glare. 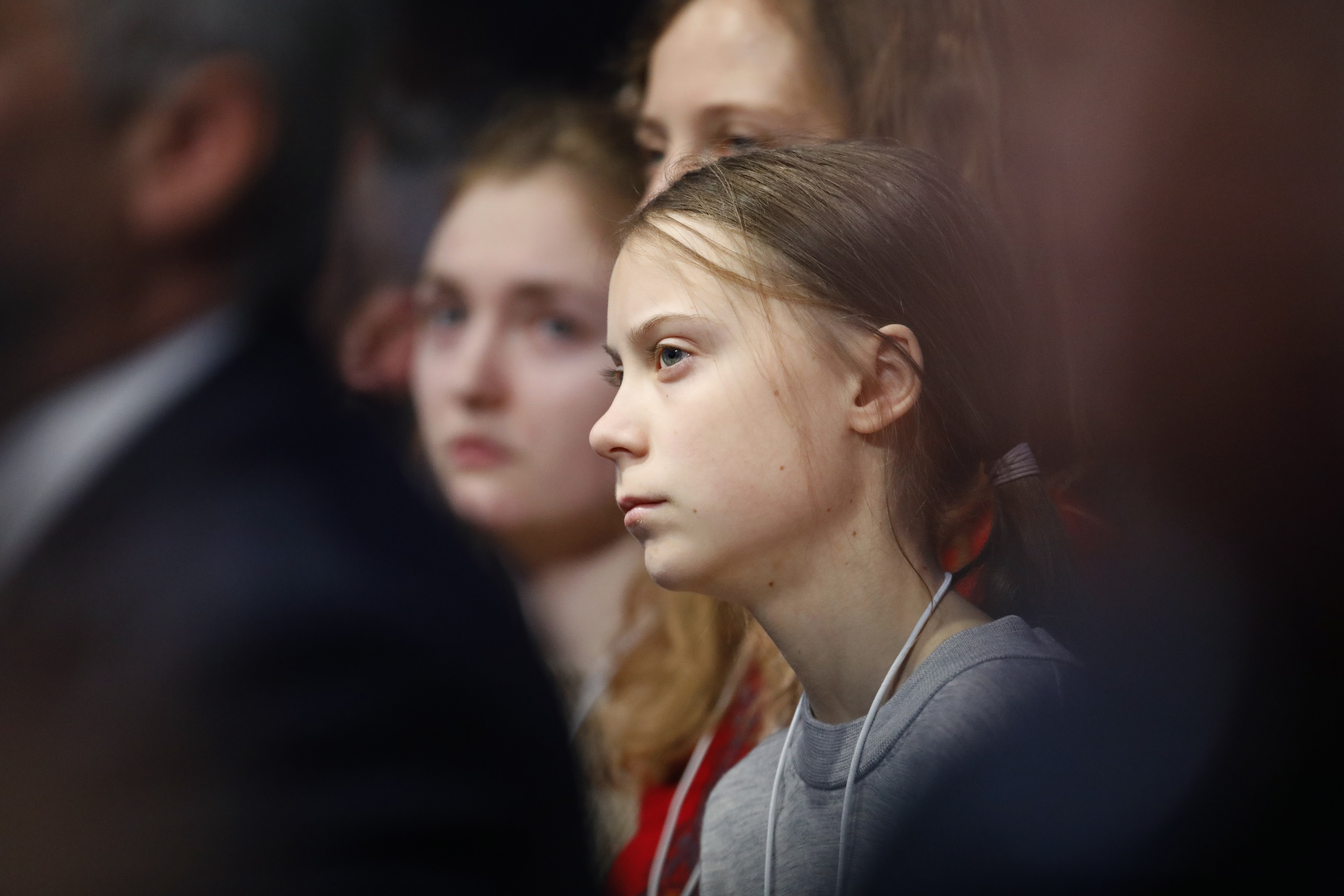 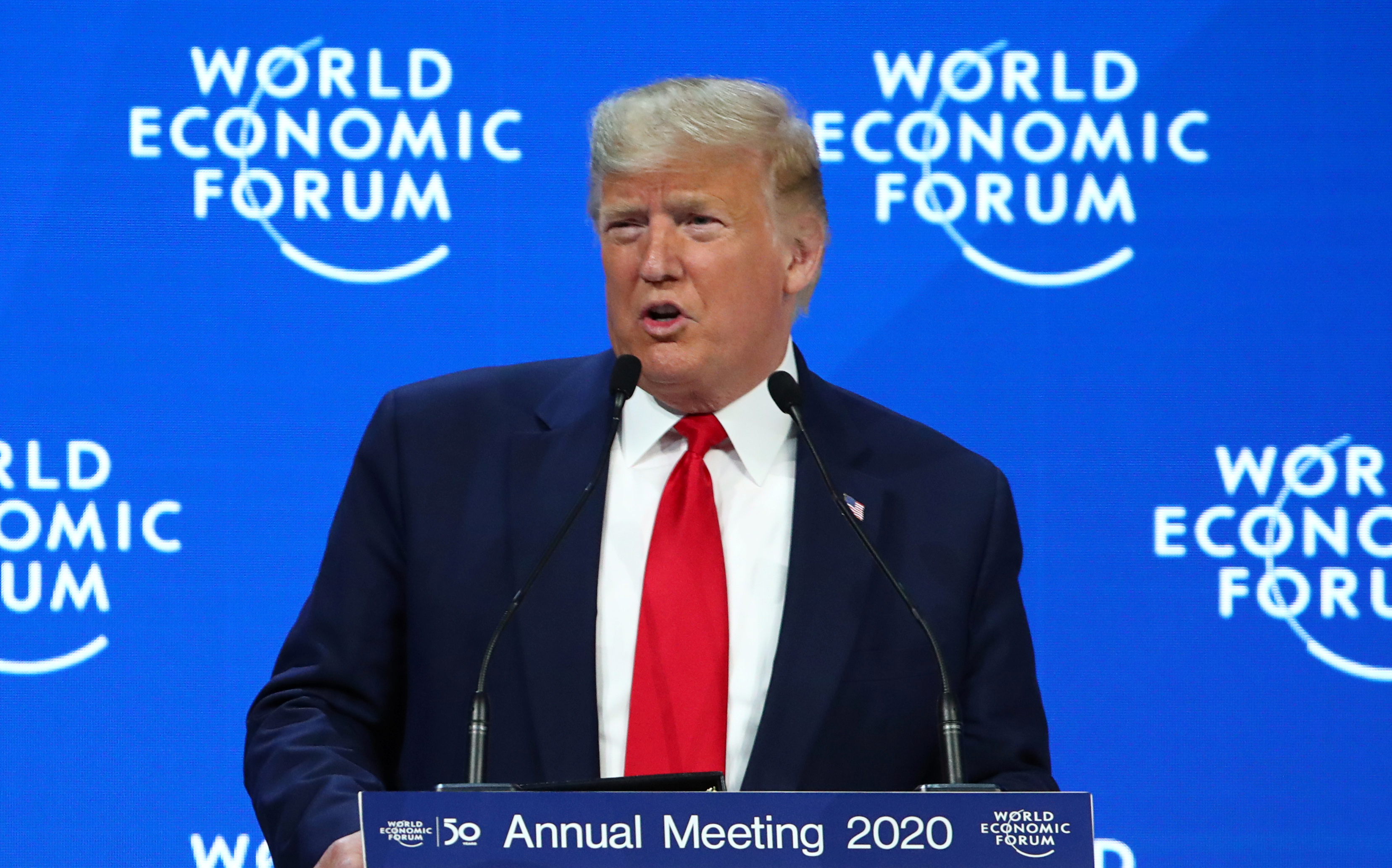 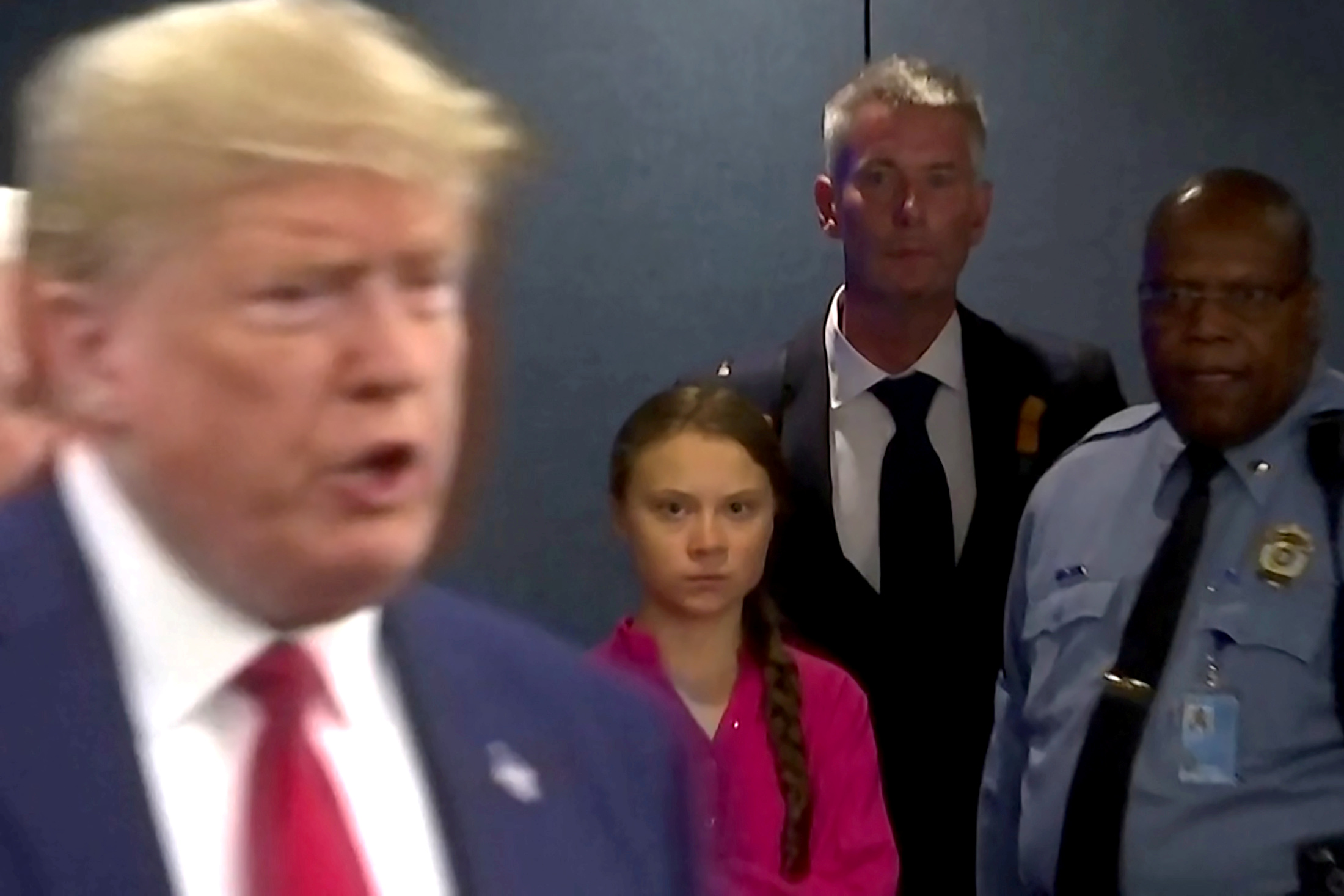 The US President insisted he has never been more confident about the country's future, declaring: "America’s new found prosperity is unprecedented."

And Trump appeared to take a thinly veiled swipe at Greta, and climate campaigners like her, saying: “We must reject the perennial prophets of doom and their predictions of the apocalypse.”

He added: "They predicted overpopulation and the end of oil. ‘We will never let radical socialists destroy our economy."

But in echos of last year's UN climate summit, the young climate activist locked her stare on Trump as he spoke.

She hit the headlines in September after giving the president a cold look as he arrived at the summit.

The 16-year-old then delivered an impassioned speech to world leaders, saying they had “stolen my childhood” with their “empty words”.

After the video of Trump and Greta went viral, the US President took to Twitter to describe her as a "happy young girl".

He tweeted: "She seems like a very happy young girl looking forward to a bright and wonderful future. So nice to see!"

'GREAT BELIEVER IN THE ENVIRONMENT'

Trump was asked after his speech if he had a message for Greta.

He replied: "I’m a very big believer in the environment.

"We right now are doing extremely well in the United States.

And in today's speech he insisted America's future was secured under his leadership, adding: "I see such tremendous potential for the future. We have not even started."

He went on: "Tremendous wealth is pouring into areas that for 100 years saw nothing.

"We've regained our stride, rediscovered our spirit, and reawakened the powerful machinery of American enterprise."

The rousing speech comes as Trump's impeachment trial gets under way on the other side of the Atlantic.

The President and Democrats will get just two days each to put their case to the impeachment trial under Republican plans to fast-track the process.

Senate majority leader Mitch McConnell set out the streamlined timetable in a leaked motion which senators will debate in secret.

Mr McConnell will try to push through his plan – revealed in a four page organizing resolution – in a bid to get the trial over with as fast as possible.

The restricted timetable raises the prospect of gruelling 12-hour days stretching late into the night for the 100 senators who act as jurors.

Despite the trial, Trump remained extremely positive in Switzerland, boasting of his achievements in office including the "largest tax cuts and reforms in American history".

He also spoke of a new, thriving relationship with China.

"Under my leadership, America confronted the problem head on. Our relationship with China has never been better.

"My relationship with President Xi Jinping is an incredible one. He’s for China I’m for the US but other than that we love each other." 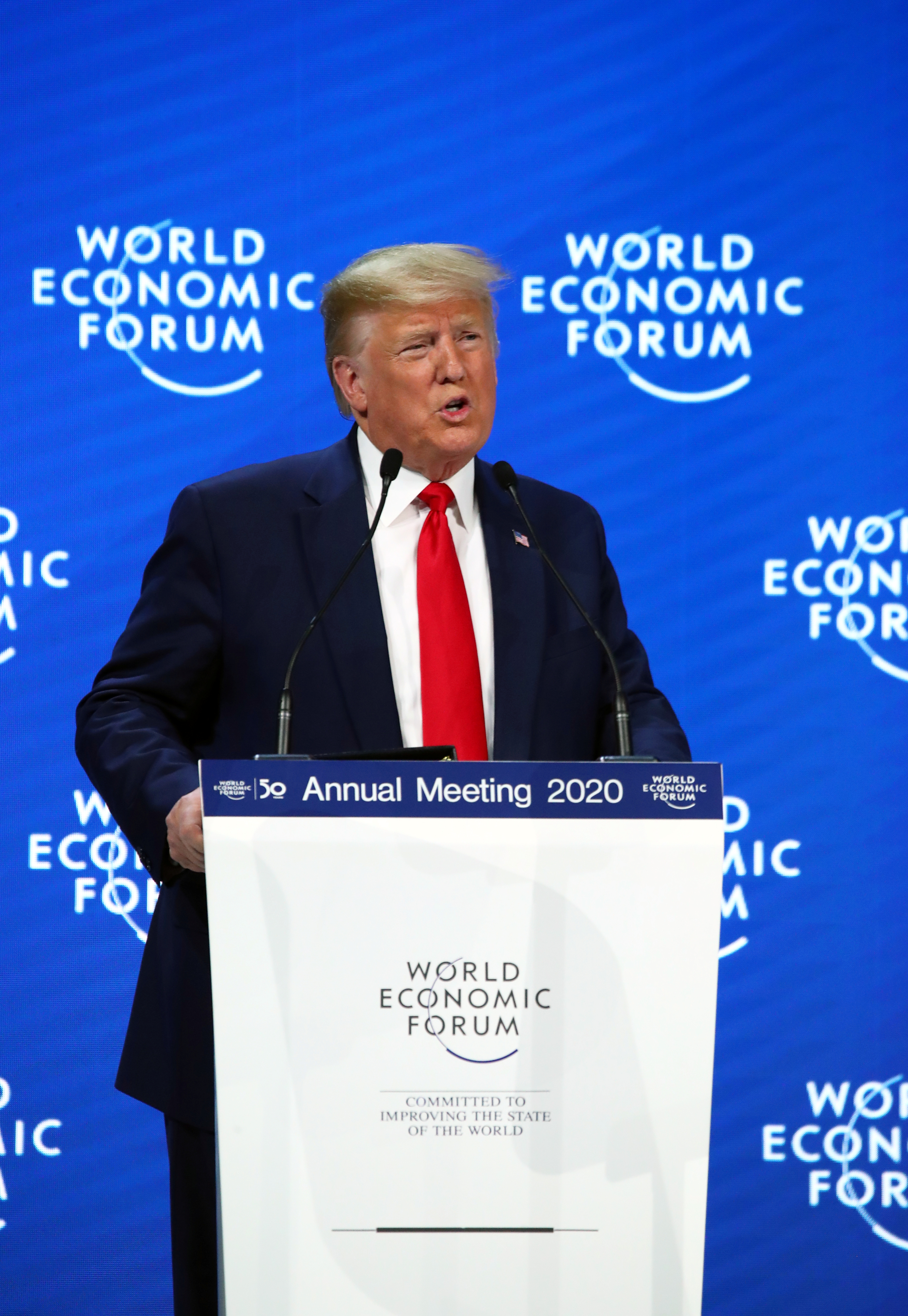 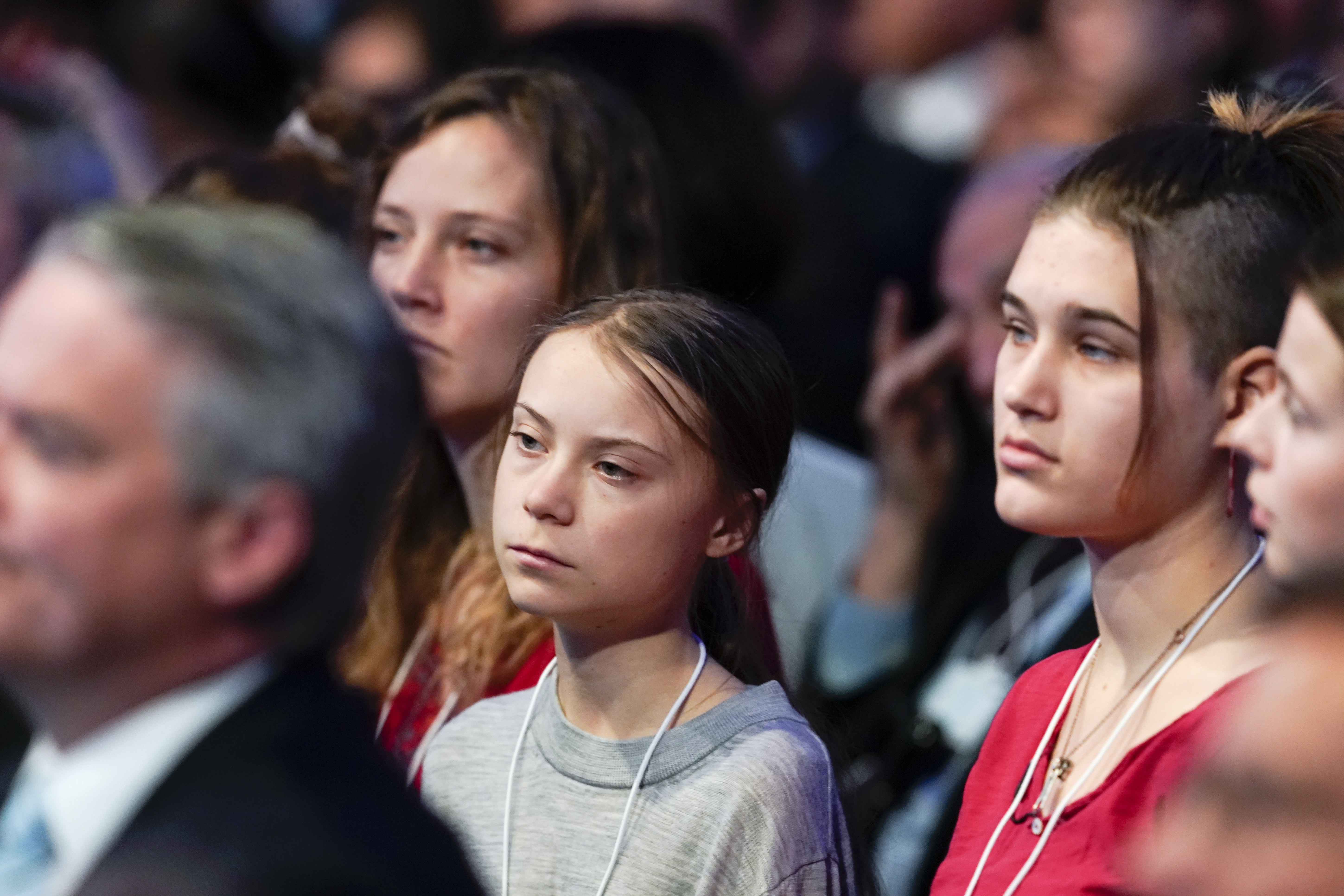 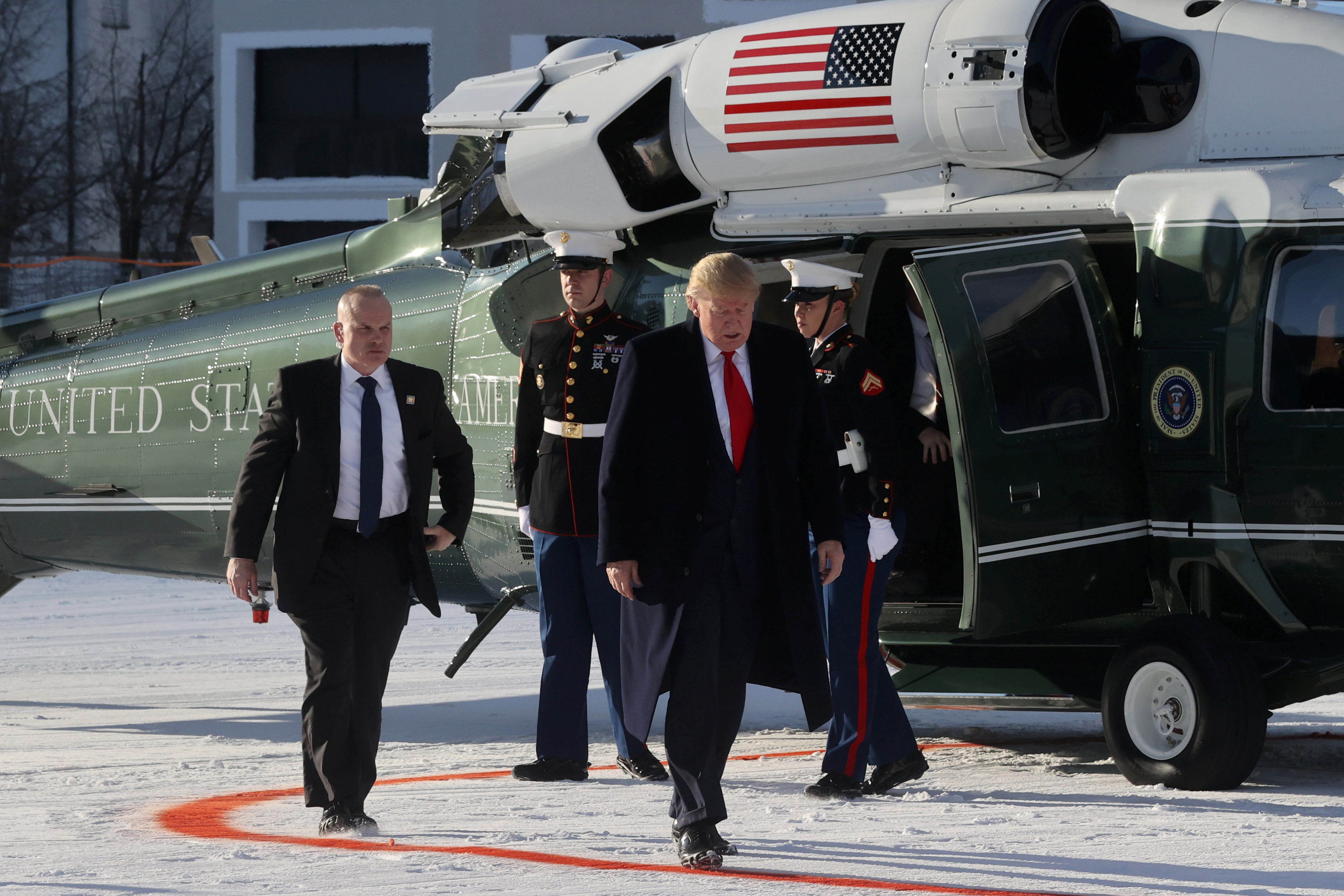 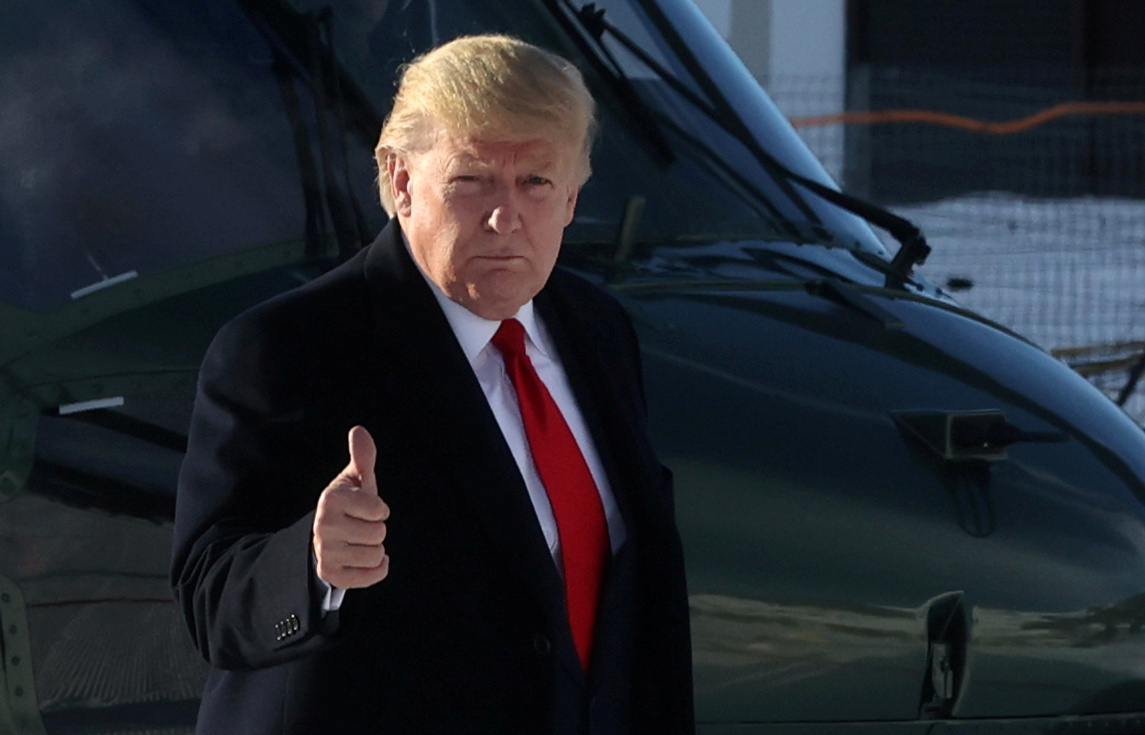