Dominic Cummings has blasted Matt Hancock’s claim that herd immunity was not the Government’s original Covid strategy as ‘bullsh*t’.

He said all three country-wide lockdowns could have been entirely avoided if there were ‘competent people in charge’ and ministers had ‘the right preparations’.

Cummings said the first lockdown in March was only necessary because ‘awful decisions’ were made.

He insisted Health Secretary Mr Hancock lied when he claimed herd immunity – the theory that people can develop antibodies to fight the virus if it spreads freely – ‘wasn’t the plan’.

Cummings instead claimed the controversial tactic was ‘literally the official plan in all docs/graphs/meetings until it was ditched’.

The former top aide will be grilled on No10’s handling of coronavirus at a joint session of the health and science committees on May 26.

He has already set the stage for an explosive appearance in front of MPs, earlier claiming an obsession with secrecy at the heart of Government ‘contributed greatly to the catastrophe’ of the Covid pandemic in the UK. 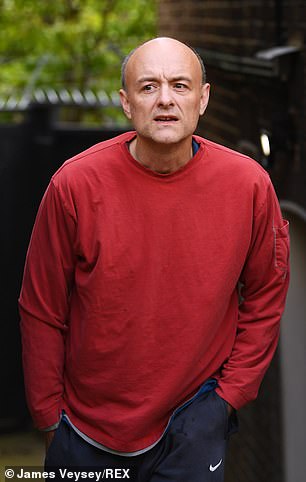 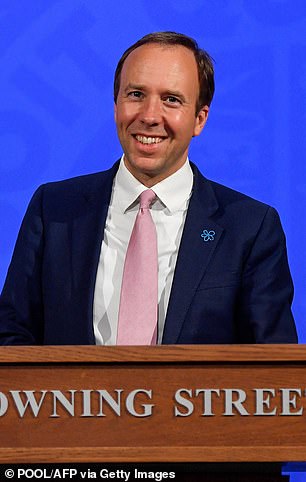 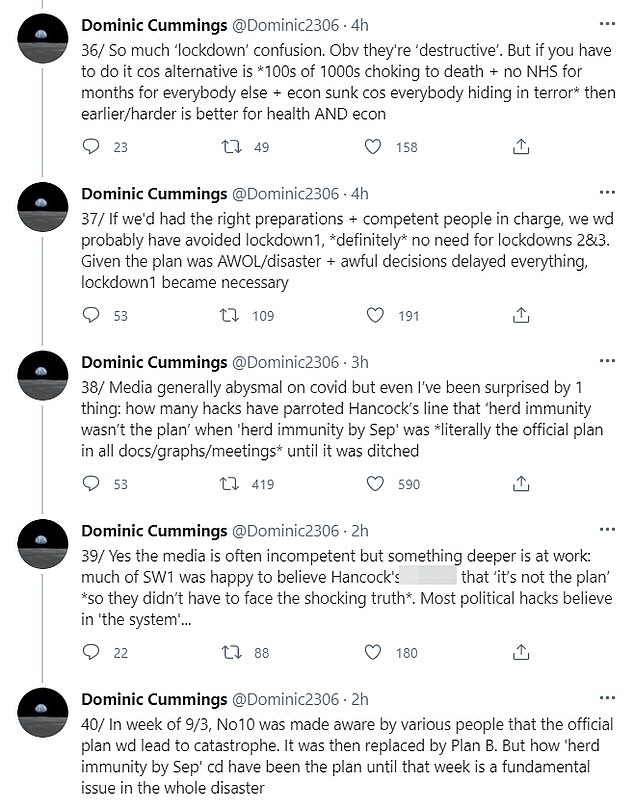 In a typically lengthy diatribe on Twitter, Cummings wrote: ‘If we’d had the right preparations and competent people in charge, we would probably have avoided lockdown one, definitely no need for lockdowns two and three.

‘Given the plan was AWOL/disaster and  awful decisions delayed everything, lockdown one became necessary.’

He also blasted the media for being ‘generally abysmal on Covid’, but said: ‘Even I’ve been surprised by one thing: how many hacks have parroted Hancock’s line that “herd immunity wasn’t the plan” when “herd immunity by September” was literally the official plan in all docs/graphs/meetings until it was ditched.

‘Yes the media is often incompetent but something deeper is at work: much of SW1 [the postcode for Downing Street] was happy to believe Hancock’s bullsh*t that “it’s not the plan” so they didn’t have to face the shocking truth.

‘Most political hacks believe in “the system”.

‘In the week of March 9, No. 10 was made aware by various people that the official plan would lead to catastrophe. 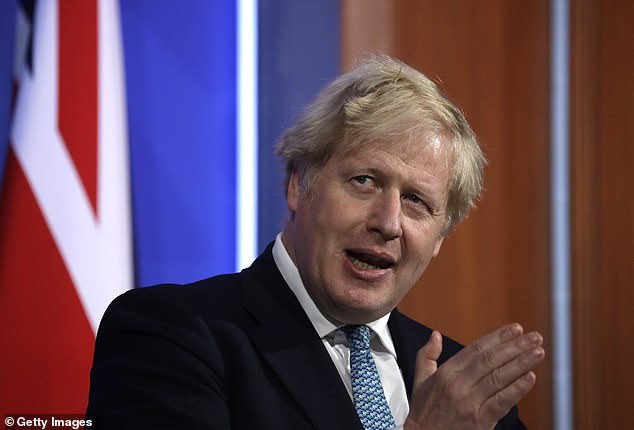 ‘It was then replaced by Plan B. But how “herd immunity by September” could have been the plan until that week is a fundamental issue in the whole disaster.’

At a March 12 press conference, Chief Scientific Advisor Sir Patrick Vallance told the public it is ‘not possible to stop everybody getting [Covid-19]’.

In a hint that herd immunity was the Government’s plan, he said: ‘It’s not possible to stop everybody getting it and it’s also actually not desirable because you want some immunity in the population.

‘We need immunity to protect ourselves from this in the future.’

But just days later, Mr Hancock wrote in The Daily Telegraph: ‘We have a plan, based on the expertise of world-leading scientists. Herd immunity is not a part of it.’

No10 is bracing itself for a mauling from the PM’s former Svengali when he takes questions from ministers next Wednesday.

It comes as Britain’s coronavirus cases creeped up from last week with a further 2,694 people testing positive for the infection today – a rise of 33 per cent.

A total of 50,246,402 Covid-19 vaccinations took place in England between December 8 and May 21, according to England data, including first and second doses, which is a rise of 563,468 on the previous day.

Britain’s death toll stands at six today, a decrease of one on the seven recorded this day last week.

A new ‘triple mutant’ Covid variant with a ‘strange combination’ of genes is probed by virologists in Yorkshire – as England’s R rate creeps up to 0.9 amid the spread of the Indian strain.

Londoners in six boroughs are also being checked for the Indian variant amid a surge-testing blitz in the capital, with NHS Test and Trace extending additional testing and genomic sequencing to targeted settings in Harrow, Ealing, Hillingdon and Brent in west London from today, following the identification of the B1617.2 strain.

Hackney and Hounslow were also previously added to the boroughs offered surge testing and vaccinations following a rise in the Indian and South African variants.

The Department of Health and Social Care (DHSC) further announced on Thursday that a vaccine roll-out drive has been ‘bolstered’ in Bedford, Burnley, Kirklees, Leicester and North Tyneside to protect the most vulnerable.

Meanwhile, a programme to test sewage to assess the prevalence of different Covid-19 variants in different regions now covers two thirds of England’s population, the Government has said.

But Boris Johnson delivered a bullish message two days ago over the prospect for relaxing restrictions after a week of anxiety about whether the Indian variant will derail plans, saying he still does not see ‘anything’ in the data that would prevent the easing of lockdown from going ahead as planned.