A quick-thinking dog owner was forced to jump to the rescue after their pet pooch decided to dive off a boat into a river.

Tatyana Sheveleva was enjoying a trip down the Voronezh River with her husband and friends when their pet Busya chose to jump overboard for ‘no reason at all’.

The footage was recorded in the city of Voronezh in south western Russia on May 15.

In the video, Tatyana films little Busya as she gazes out from their moving boat towards house on the shore.

But without warning the dog, believed to be a pomeranian, decides to leap out from the safety of the boat into the water.

Busya’s feet are seen touching the water as Tatyana gasps, but her husband quickly grabs for the animal and pulls her back on board. 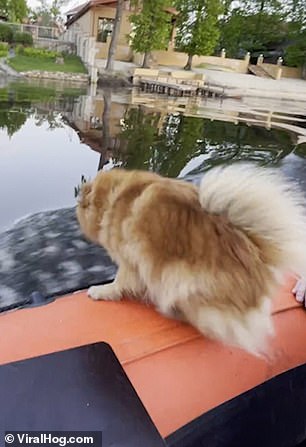 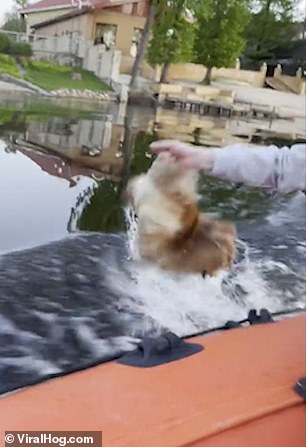 ‘While we were riding in a boat, the dog Busya watched the waves calmly all the way,’ she said.

‘Then, for no reason at all, decided to jump, my husband caught her and put her back in the boat.

‘Busya is a very active dog and is fine and happy after her adventure.’ 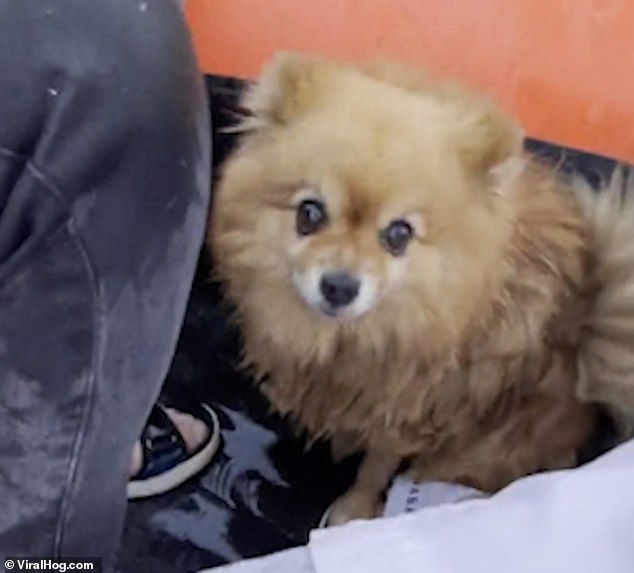 Owner Tatyana said Busya was ‘fine and happy after her adventure’

However some on social media criticised Tatyana, saying she could have avoided having the rescue the dog by keeping a more careful watch.

Vicky Hughes commented: ‘You literally watched the dog prepare to jump… could’ve held it back.’

Stephany Racheal added: ‘Life jacket on a boat for dogs! They do sell them.’

Tracey Haynes was more sympathetic, writing: ‘Our Pom (pomeranian) did exactly the same on a Kayak , soaked water like a sponge ! Why do they think they can just step off?’