Brits will be able to fly direct to the Egyptian resort of Sharm-el-Sheikh for the first time in four years after the Government lifted a ban on air travel last week.

But the move comes amid mounting tension in the North African country, where a crackdown on those critical of the Egyptian regime – including tourists commenting on social media – has prompted an escalation in arrests.

According to human rights groups, 4,300 people, including more than 100 foreigners, journalists and even children, have been detained by the Egyptian security services over the past six weeks alone. 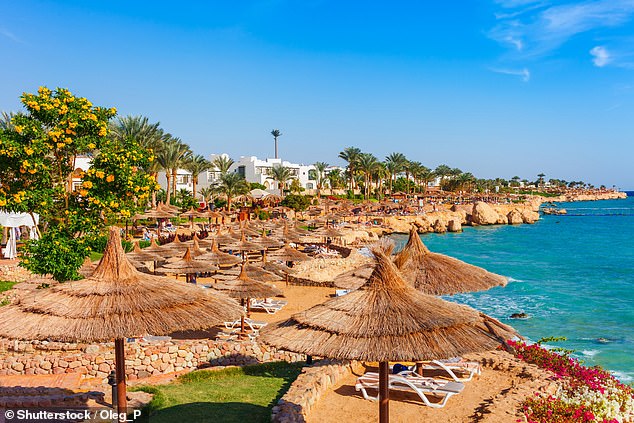 Flights between the UK and Sharm (pictured) were halted in November 2015 following the bombing of a Russian airliner shortly after take-off, which killed all 224 people on board

Some holidaymakers have been arrested for criticising the Egyptian government on Facebook or Twitter, while at least seven foreigners were apparently forced to ‘confess’ on television that they were part of a conspiracy to undermine the President Abdel Fatah al-Sissi.

Those detained include two University of Edinburgh students who were in Cairo as part of a study programme to learn Arabic.

Although one of the students, a Brit, was quickly let go, his friend Aaron Boehm, a 22-year-old American, claimed he was blindfolded for 15 hours, before being interrogated and accused of being a spy who was working for the CIA.

Mr Boehm said he heard other prisoners being tortured with sticks and electrocuted by guards, before he was released unharmed and put on a plane out of the country.

Human rights groups say Mr Boehm was caught up in the most widespread crackdown by the Egyptian government since former Army general al-Sissi came to power six years ago.

They claim the government is using mass arrests and torture, plus new high-tech surveillance techniques and restrictions on social media in order to silence anyone opposed to al-Sissi’s regime. 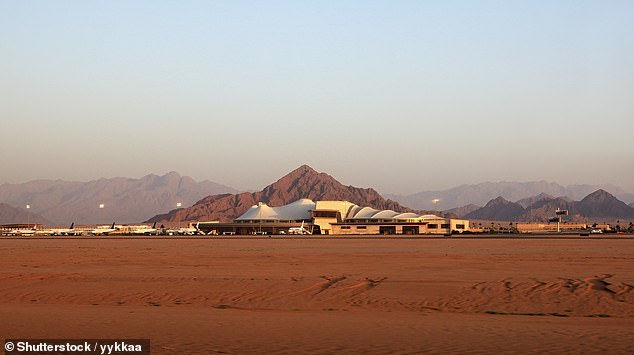 The move comes amid mounting tension in Egypt, where a crackdown on those critical of the regime

Informal checkpoints have reportedly been set up in Cairo and in the northern city of Alexandria, with plainclothes security agents and informants randomly stopping people, demanding to see their mobile phones and examining their social media accounts.

‘The checkpoints are a very brutal and naked form of monitoring people’s behaviours,’ Hussein Baoumi, an Egypt researcher for Amnesty International told the Washington Post.

‘Everyone stopped is accused of being an enemy of the state or being a terrorist until proven innocent.

‘They are redefining the interpretation of terrorist to include anyone who opposes the state or President Sissi himself.’

Flights between the UK and Sharm were halted in November 2015 following the bombing of a Russian airliner shortly after take-off, which killed all 224 people on board.

The Department for Transport lifted restrictions last week due to ‘improvements in security procedures’ and ‘close co-operation between our aviation security experts and their Egyptian counterparts.’

Tui announced yesterday it would be resuming flights from February, although smaller firms are offering chartered flights from the UK to the resort from next month.

But air travel restrictions implemented by the UK have been a source of tension between London and Cairo. Statistics show that since the ban, Egypt has lost an estimated two million visitors from UK.