Diana would be proud! A first job for late princess’s goddaughter with Down’s syndrome who impressed café bosses

Princess Diana’s goddaughter has received her first pay packet at the age of 24 after impressing bosses at a Brighton cafe.

Domenica Lawson, who has Down’s syndrome, has been working at the Pavilion Gardens Cafe since securing a job last month.

Her mother Rosa Monckton, a close friend of the late princess, is a campaigner for the right of young people with disabilities to work and set up the charity Team Domenica. Sharing a picture on social media of her daughter being handed her first pay packet, Miss Monckton wrote: ‘Domenica receiving her first pay cheque. I could not be more proud. Thank you.’

She revealed to followers last month that Miss Lawson had secured the cafe job, thanking the charity for its teaching and training. 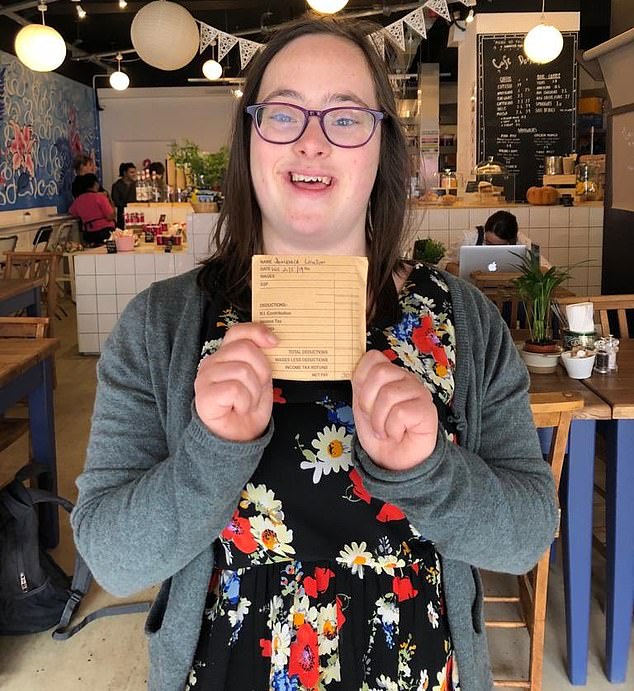 Princess Diana’s goddaughter Domenica Lawson, who has Down’s syndrome, has received her first pay packet (pictured) at the age of 24 after impressing bosses at a Brighton cafe

Team Domenica is based in Brighton and operates a training centre, a training cafe and an employment centre. It helps give those living with disabilities the chance to train for the world of work through a series of employment programmes. Miss Monckton, who is married to the journalist Dominic Lawson, began a legal battle in March to challenge how courts apply the Mental Capacity Act 2005.

She says it prevents parents from making decisions for children with learning disabilities simply because they are over 18.

It often mean doctors, rather than families, make the decisions. Miss Monckton said: ‘When Domenica was born… no one ever warned us how the state can prevent you from exercising the care you know your child needs. Diana, who had more empathy and emotional understanding than anyone I have ever met, got it absolutely right when she said, “A mother’s arms are more comforting than anyone else’s”.

‘We were told that it was unlikely that Domenica would ever walk or talk. Dancing is now her greatest passion, and to have a few hours of paid work a week is such an extraordinary testimony to her determination, to the expertise of the staff at Team Domenica and to the enthusiasm of the Pavilion Garden Cafe.’ 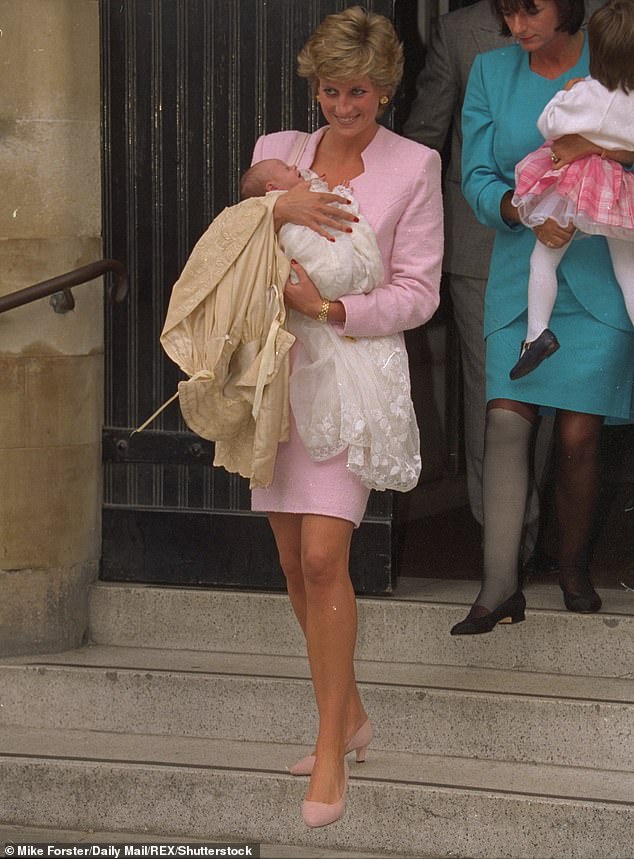 Her mother Rosa Monckton, a close friend of the late princess (pictured holding her goddaughter at the christening), is a campaigner for the right of young people with disabilities to work and set up the charity Team Domenica