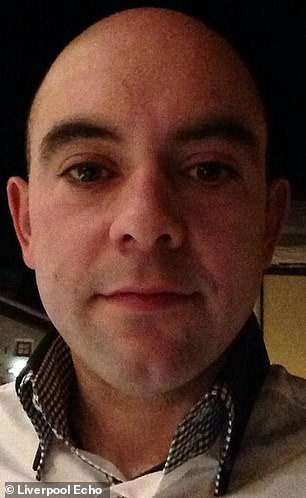 Married father-of-two Robert Kaye, pictured, was found dead in Manchester days after his deli was accused of having non-Kosher meat on the premises by Jewish religious leaders

A deli owner was found dead after being caught up in a scandal over the supply of non-Kosher meat to the Jewish Community.

Married father-of-two Robert Kaye was the owner of Liverpool’s only Kosher supplier, Roseman’s Deli, in Childwall, Liverpool. He died in Manchester early yesterday.

His death comes days after Roseman’s and his other business, Prestwich-based Gough’s Deli, were accused of breaching Kashrut, a set of Jewish dietary laws governing the sale of Kosher produce.

Community figures in Liverpool reacted with shock and sadness to the news today.

Howard Winik, chairman of the Merseyside Jewish Representatives Council, told the Liverpool Echo: ‘It is with extreme sadness that we heard today of the tragic circumstances of Mr Kaye’s death.

‘The circumstances are very tragic and we send our condolences and very best wishes to his wife and two children.’

A letter from the Liverpool Kashrut Commission (LKC), which regulates Jewish dietary laws in the city, stated: ‘The LKC would like to express its condolences to the family of Mr Robert Kaye upon his sad passing.

‘We wish his family a long life and no further sorrow.’

Tributes from friends and family of Mr Kaye poured in on Facebook.

Vanessa Kuhillow posted: ‘No words, so so sorry. He was a lovely man….no one deserves to go through such devastation and a tragic like loss of life. I hope he rests in peace.’

Simone Pinkus said: ‘Such a gorgeous, gorgeous genuine guy who did anything for anyone! RIP Rob so so sad.’

The tragedy appears to have followed the decision of Manchester’s Beth Din, an organisation which regulates Jewish religious laws in the city’s large Jewish Community, to remove Gough’s licence to sell Kosher meat. 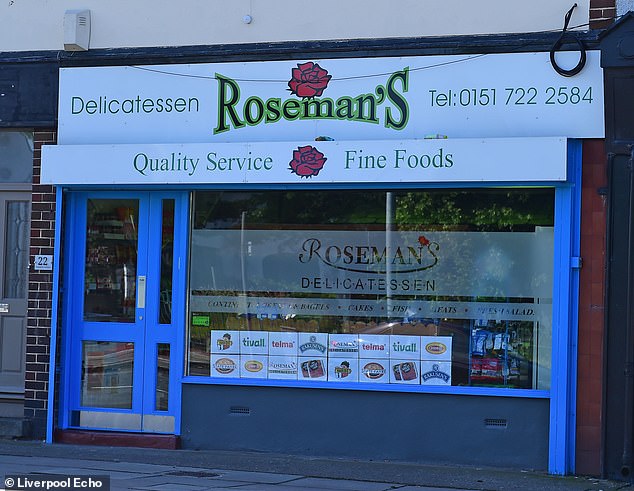 The Liverpool Echo understands that the decision on Sunday followed ‘allegations that non-Kosher meat had been found in the premises’.

The Facebook page for Gough’s Deli posted an angry rebuttal the same day, stating that Manchester Beth Din, which regulates Jewish dietary laws in the city, had revoked their licence.

The post stated: ‘Serious announcement! We have just been informed by the media that Manchester Beth Din has revoked our licence due to violation of Kashrut.

‘May we be 100 per cent clear to all our customers that all food provided and produced within our premises has always adhered to and will continue to be within the guidelines of Manchester Beth Din.

‘I again repeat myself that this announcement has come from press sources to ourselves and not the Beth Din directly.’

The issue was quickly picked up in the Jewish press, with articles in the Times of Israel and other sites.

A letter circulated to members of the Jewish community, sent by Rabbi Natan Fagleman of LKC, states: ‘Following revelations yesterday that fresh food produced at Roseman’s Deli is halachically (in the eyes of Jewish law) considered Treif (not Kosher) and with the knowledge that this matter may have been ongoing for a considerable amount of time, many people will need to return their kitchens and their utensils to Kosher status.’

The letter states communal kitchens, including the city’s synagogues, King David’s School and Jewish care homes, will be re-Koshered with the help of ‘trained experts’ from Manchester.

But private customers were advised to remove any utensils or pans which may have touched non-kosher food and to deep-clean their ovens and microwaves.

Today Roseman’s remained open with staff stating they had no knowledge of the situation and were waiting to hear from the family of Mr Kaye.

Mr Winik told the Echo the issues surrounding the supply of Kosher food was a ‘serious concern’ to members of the Jewish community.

He said: ‘As you know Roseman’s was the single remaining outlet in the city selling Kosher produce. For this community anything that affects Roseman’s affects the community as a whole.

‘We would obviously like Roseman’s to keep trading. It’s a matter of serious concern but I’m confident and the community is confident that we will be able to quickly return to the status quo and we will have a steady supply of Kosher food.’

It is understood that Jewish community leaders are liaising with their counterparts in Manchester to organise Kosher supplies.