The Victorian government should set up promised suburban contact tracing hubs swiftly to contain fresh outbreaks of coronavirus, with experts arguing delays could mean the spread of infection takes longer to control.

As Premier Daniel Andrews raised hopes of a faster-than-expected exit from Melbourne’s lockdown on the back of falling infection numbers, experts warn the new system needs to be established as quickly as possible. 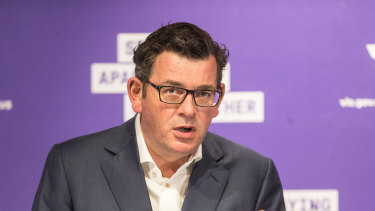 Mr Andrews last week announced five suburban hubs would be set up for metropolitan Melbourne, emulating the state’s regional response units and the NSW model, but has yet to say when it will happen, citing a need to ensure case numbers are under control.

Professor George Rubin, who in the early 1990s was director of epidemiology at the NSW Ministry of Health, was instrumental in setting up the state’s local model which he said enabled contact tracers to better respond to outbreaks.

"It’s better when these teams are situated locally because they tend to know what goes in the local community,” he said.

"If you live in a region you tend to know about the region, the culture, the cultural peculiarities. You’re much better placed to respond. 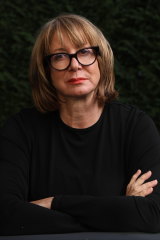 "It’s a great time to get them out there as the numbers are falling – and Victoria is doing really well in this regard – to get [public health officers] trained with on-the-ground experience and responding rapidly,” Professor McLaws, who is part of a World Health Organisation panel on COVID-19, said.

Professor McLaws said it was positive that the state was already using local resources to contain an outbreak in Casey in Melbourne's south-east.

"In general, this means you can spread the load more, understand the community and understand where the focus for each health district should be," she said.

The Casey cluster is now linked to 34 cases of COVID-19 including five of the 28 new diagnoses.

"Certainly from my point of view they look like ambitious targets on the basis of where we've been," he told The Australian Financial Review.

"One hopes that there's some flexibility in these numbers going forward … all I can report is from my social network is that the last week or two of the lockdown, which is now six to seven weeks, is starting to have a real impact."

The Premier flagged a likely "update" of the road map if the downward trend in daily cases continued but sounded a note of caution, "with the passage of time" an important factor in decision making.

Mr Andrews said that regional Victoria, which moved to stage one restrictions on Thursday after a sustained period of lower-than-expected case numbers, was an example of what might soon be possible for Melbourne.

Government modelling used for its road map predicted a daily case load of more than 60 by Thursday, more than double the actual figure.

"Of course if we finish up ahead of schedule, then, we will adjust things and we'll have more to say about that at the appropriate time,” he said.

The Premier said he believed the level of testing and data monitoring was giving authorities an accurate picture of the level of the infections in the community.

"At the moment we believe we have that and the moment it was to say to us, for instance, we can go faster without risking it being a short term thing, when we’ve got something we could lock in, then of course we would update [the road map],” Mr Andrews said.

Deputy Chief Health Officer Allan Cheng also indicated there could be some flexibility in the triggers for moving from step two to step three in easing restrictions.

Professor Cheng said he was worried about the Casey cluster where the infection sites likely included a number of households.

He said his team was applying the community hubs technique to track and trace the outbreak, working with Monash Health, the local council and community leaders, but that an official tracing hub had not been established.

"We're looking at that very closely,” he said.

A Victorian government spokeswoman on Thursday said the teams would be set up as soon as possible, but authorities were currently consulting on the best locations.

"Resource planning, including determining the numbers of contact tracers and other clinical expertise required for the units is under way,” she said.

"These new units will build on the success of Victoria’s regional case, contact tracing and outbreak management model and will be informed by stakeholder consultation.”

In need of some good news?

Stories that will brighten your outlook, delivered weekly to your inbox. Sign up now for our Greater Good newsletter that is launching soon. Sign up to The Age here; Sydney Morning Herald here; Brisbane Times here and WAtoday here.