Deaf father, 80, died after being hit by a car when he stepped into a road after spotting his daughter, 56, on the other side… and then apologised to the paramedic treating him

An elderly father was killed after he stepping out onto a road while offering his daughter money for a taxi, an inquest has heard.

Gerald Smith, 80, who was deaf, was wearing his slippers when he saw his daughter, Susan Smith, 56, waiting at a bus stop across the road outside his home on Quarella Road in Bridgend, South Wales.

Pontypridd County Court heard Mr Smith walked into the path of a blue Renault Clio and hit the windscreen. 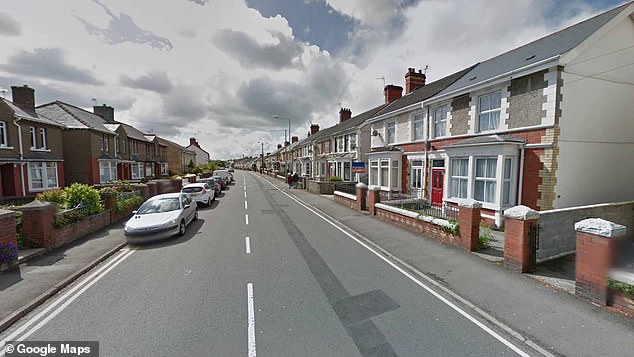 Deaf father Gerald Smith, 80 saw his daughter, Susan Smith, 56, waiting at a bus stop across the road outside his home on Quarella Road in Bridgend, South Wales (pictured). He crossed the road to offer her money for a taxi when he was struck by a moving car

The court heard Mr Smith, who lived just a few doors away from his daughter, had planned to spend the day gardening.

Ms Smith recalled at the hearing: ‘I could see my dad walking to my house. He was probably coming to check to see if I was alright, because that was what my dad was like.

‘He saw me straight away. He kept coming and he was just on the grass verge. He was trying to call me across to give me money or a lift,’ she said.

Ms Smith said she checked to see whether the bus was coming when she heard a thud and saw her dad being hit.

‘I was just about to step and cross the road and in a split second I heard the noise and then I could see my dad being hit by the car,’ she said.

Driver Ian Daniels, 50, was driving no more than 30mph when he saw Mr Smith walking on the pavement.

‘I was expecting him to stop on the grass verge and wait for me to pass him.’ 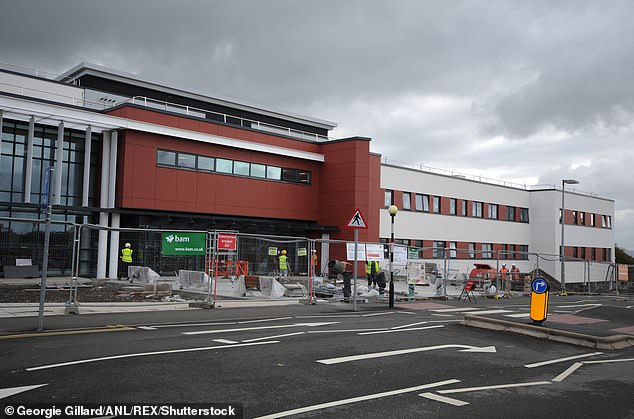 Mr Smith was taken to Morriston Hospital (pictured) with a fractured vertebrae, pelvis and skull, as well as a small bleed on the brain. He spent a month in hospital before his condition rapidly deteriorated and he died on May 25, 2017

‘I could see he was not looking in my direction. It was as if he was looking directly across the road,’ he added.

The inquest heard Mr Daniels would not have had enough time to react and stop the collision in April 2017.

Mr Smith was taken to hospital with a fractured vertebrae, pelvis and skull. He also suffered a small bleed on the brain.

He spent a month in Morriston Hospital before his condition rapidly deteriorated and he died on May 25, 2017.

The inquest heard he suffered a perforated ulcer and pneumoperitoneum before his death.

He said: ‘The deceased died from complications arising out of injuries sustained out of a road traffic collision.’