DAILY MAIL COMMENT: Only growth can get us off the road to ruin

Like a multi-car motorway collision, the dire economic news continues to pile up.

Our national debt has hit an eye-watering £2.5trillion. December borrowing was the highest on record. We are labouring under the highest tax burden since the 1940s.

And now, in a bid to help balance the books, the Chancellor is considering raising the state pension age to 68 earlier than planned.

There is hardly a single area of private or commercial life that the Treasury is not milking for all its worth. 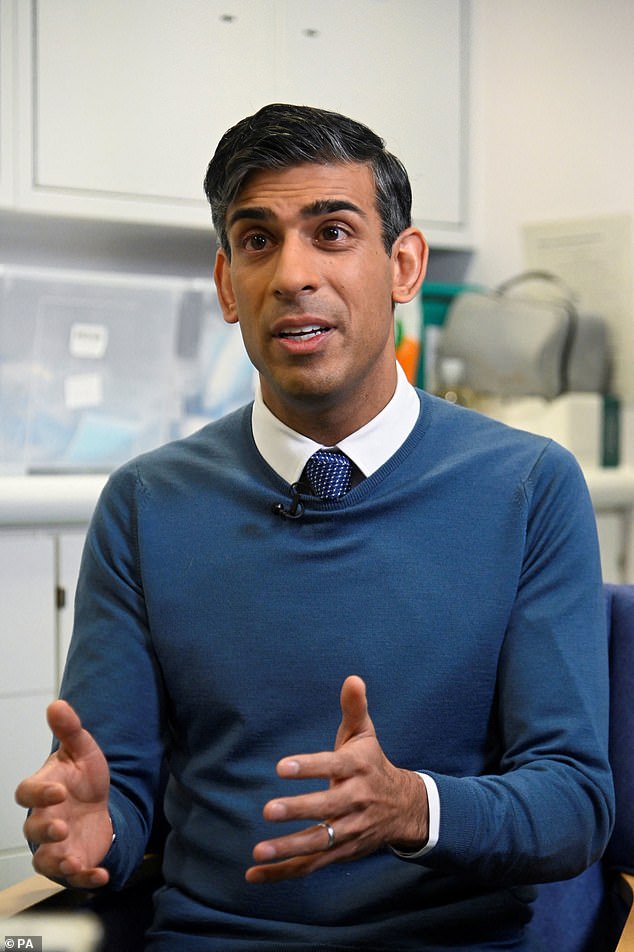 ‘This Government has less than two years to get us off this road to ruin. That will happen only if Rishi Sunak can rediscover his inner Tory’

More than £5billion in inheritance tax alone has been grabbed in just nine months and millions have been dragged into paying higher rate income tax by freezing thresholds.

For businesses, the outlook is even more bleak. Just as they try to bounce back from the pandemic slump, they are about be hit with an unprecedented six-point hike in corporation tax. It is a measure guaranteed to stifle growth at exactly the wrong time.

Meanwhile, more than half the population receive more in welfare and other benefits than they pay in tax. How is this being allowed to happen under a Tory government? What happened to small-state, low-tax Conservatism? Rewarding endeavour, personal responsibility and work ethic?

Sadly, it seems to have been replaced by a something-for-nothing culture in which a diminishing number of workers are expected to toil longer and pay ever more tax to fund an army of idlers and a public sector which demands more and more for less.

It simply can’t go on. The back of the working population will eventually be broken, businesses will fail, the tax take will plummet and everyone will be poorer.

This Government has less than two years to get us off this road to ruin.

That will happen only if Rishi Sunak can rediscover his inner Tory. Playing Labour at its own tax, borrow and spend game won’t do. The country needs a growth spurt.

He should pause the business tax rises, unfreeze allowances and instead of telling the working population they must soldier on to the age of 68, force some of those who could work but won’t to start pulling their weight.

Is it really possible 2.5million people in this country are incapable of doing any work at all? Or have many of them simply become accustomed to a life on benefits? 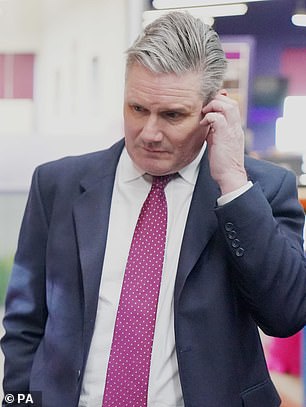 Perhaps he should convey this to his own party membership because they don’t seem to have got the message.

The disgraceful intimidation of MP Rosie Duffield by boorish male colleagues merely for defending women’s rights against extreme trans ideology was indicative of the deep seam of bigotry and bullying that still exists at Labour’s core.

And how forcefully her point was made when it emerged a ‘muscular’ trans woman, convicted of raping two biological women, is being sent to a female prison.

Meanwhile, anti-Semitism has not yet been expunged and Angela Rayner’s description of Tories as ‘scum’ shows just how unpleasant they can be.

None of this displays tolerance and respect. It is the very opposite.

A boost for Ukraine

Finally, it appears that Germany has found the moral courage to do the right thing and agree to send its Leopard 2 battle tanks to Ukraine.

Chancellor Olaf Scholz, according to German media, is likely to join the US in delivering the crucial hardware to help President Zelensky’s plucky forces defeat Putin’s invaders.

Could it be Boris Johnson’s eloquent and haunting piece in yesterday’s Mail, calling for the supply of tanks to end Russian aggression, has helped persuade our allies to up the ante in the fight for democracy?