Priti Patel has given Dame Cressida Dick three targets to meet in order to prevent her two-year extension as the chief of Scotland Yard from being ended early.

Dick’s contract as Met Police commissioner has been extended until April 2024 amid a crisis around trust in the institution.

The home secretary has told Dick that there must be a drop in serious violence and knife crime in London, improvements to police response to violence against women and girls, and that police must cooperate with an inquiry into failures leading to the murder of Sarah Everard The Times reported, citing ‘Home Office sources’.

Everard, 33, was kidnapped, raped and killed by serving Metropolitan Police Officer Wayne Couzens. Concerns had been raised about Couzens’ behaviour prior to the murder.

The sources reportedly told The Times that Dick’s contract was extended due to a lack of suitable candidates to replace her, adding that there were also concerns about too much change at the top, with several other high-ranking security officials set to leave their posts. 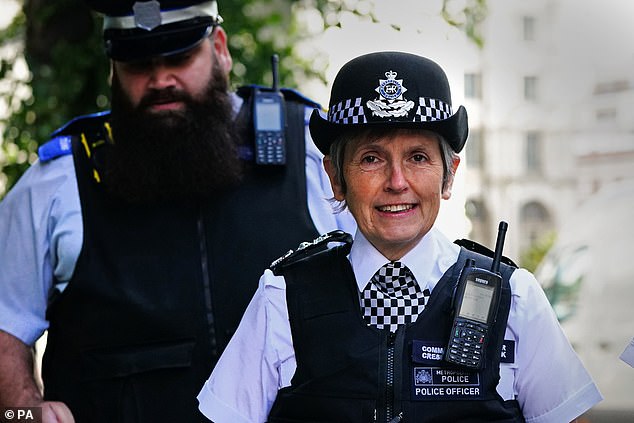 Lynne Owens, the head of the National Crime Agency, retired this month and Sir Tom Winsor, Her Majesty’s chief inspector of constabulary, will leave his post in March.

‘There’s concern about too much churn at the very top when policing is in such a state of flux and crisis,’ a source told The Times.

Along with the handling of the Everard case, the Metropolitan Police are also facing heat over an independent panel’s finding of ‘institutional corruption’ in the investigation into the unsolved murder of Daniel Morgan in 1987.

The private investigator was murdered in a south London car park and the panel found that the Met concealed or denied failures in their investigation.

Patel and Dick’s relationship is said to have soured in the aftermath of the Everard case, with the home secretary reportedly infuriated by the Met’s advice to women on how to avoid false arrest.

The Times claimed that Patel was annoyed that Dick announced a review of police standards and culture on Monday – after being told by Patel that she would announce an independent inquiry during her speech at the Conservative conference the next day.

‘The commissioner serves the Met by retaining the confidence of the home secretary. It was made clear to her during discussions about her future that that is not a guarantee. Things can change,’ a source reportedly told the paper.

Speaking after Couzens received a whole of life sentence, Dick said the ‘precious bond of trust’ between the public and the police had been damaged, adding she would do ‘everything in my power to ensure we learn any lessons.’

The Met has also come under fire recently for the policing of the Euro 2020 final and its response to Insulate Britain protests. 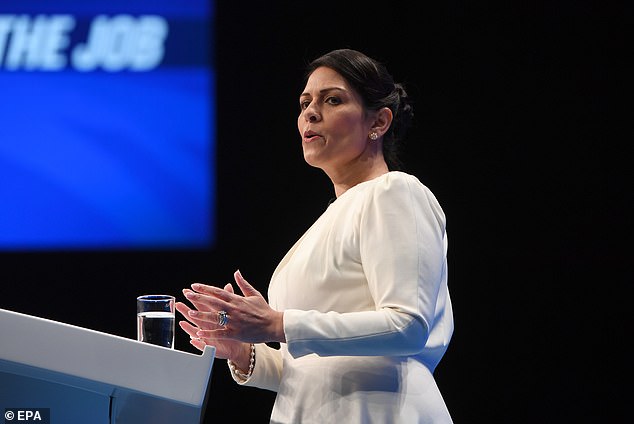 Patel (pictured) and Dick’s relationship is said to have soured in the aftermath of the Everard case, with the home secretary reportedly infuriated by the Met’s advice to women on how to avoid false arrest