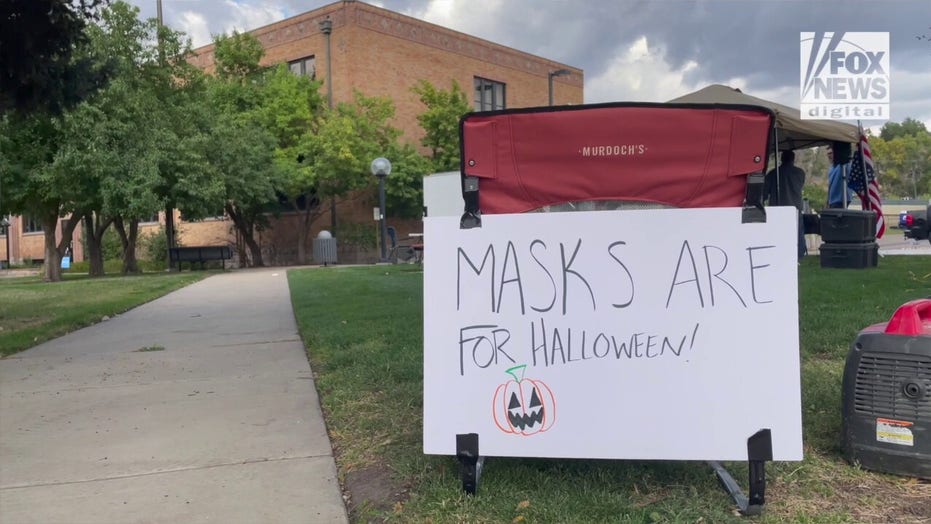 DOUGLAS COUNTY, Colo. – This is the second in a two-part series on school board politics in Denver suburbs. Part 1

A slate of political novices in Douglas County, Colorado, told Fox News that divisive school board politics and COVID-19 protocols prompted them to put their names on the ballot for next month’s school board elections.

“Never in my life did I think I would ever run for any office, to be quite honest,” first-time candidate Christy Williams said. “But I’m to that point where it’s time to stand up and take our school district back.”

In two weeks, as Douglas County residents head to the polls, three other candidates will join Williams on the Kids First slate: Mike Peterson, Becky Myers and Kaylee Winegar. Together, they seek to defeat the teacher federation-backed CommUnity Matters slate, which includes incumbent board members Krista Holtzmann and Kevin Leung and newcomers Ruby Martinez and Juli Watkins. 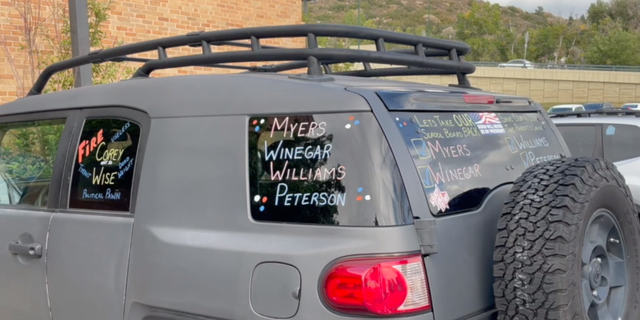 Like Williams, Winegar never imagined she would run for an elected position.

“Stepping forward and being a candidate and putting myself out there for an elected position is not something I ever thought I would do, but I had a lot of encouragement from friends, I did a lot of prayer,” Winegar, an accountant, told Fox News.

“It just felt like something that if I didn’t step forward, then who would, who would represent me up on the board if it’s not me?” she continued.

Peterson, a leadership consultant, told Fox News he chose to run because he felt a duty to help future students.

The Kids First slate told Fox News they want to keep politics out of the classroom and unite the community, something they say the sitting board has failed to do.

“This board, whether they intend to or not, is putting in incredibly divisive policies,” Peterson said. “They are putting parents against parents, parents against teachers.” 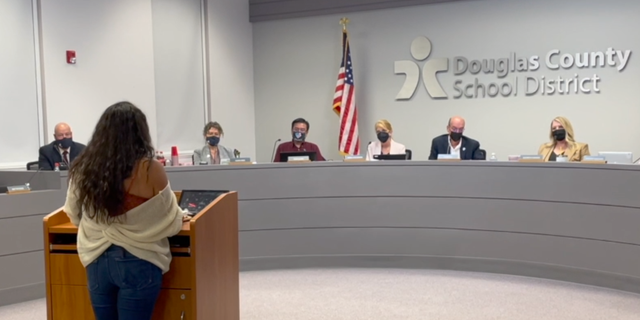 Winegar told Fox News: “I want to make sure when [my daughter] goes to school, she’s having her teachers focus on the basics of academics – math, reading, writing, science, history – and that’s not getting distracted with adult ideologies and personal politics in the classroom.”

The school board for Douglas County, a Denver suburb, unanimously passed an equity policy in March, which the district said “will ensure every DCSD student and staff member has access to equitable and rigorous educational opportunities” and aims to correct any inequities in the school district.

Peterson and Williams also told Fox News that the district’s COVID-19 protocols factored into their decision to run.

Williams said seeing her kids in school full-time while other kids were left to learn remotely drove her to run.

“Really what pushed me over the edge was watching the COVID response,” said Williams, who’s owned a small dog training business for over 15 years.

“My kids were in school five days a week in person last year, and my neighbor’s kids weren’t,” she continued. “They were outside riding their bikes, while my kids were getting a full day education and it broke my heart to see other kids not receiving the same opportunity as my child, my children.”

The Douglas County School District announced a district-wide mask mandate before the school year began. Despite opposition, the district said its hands were tied because the order originated from the local health department, which had jurisdiction over the school district.

Douglas County last month voted to leave the health department it shared with two neighboring counties in favor of starting its own agency. The new department rescinded the county-wide mask mandate. 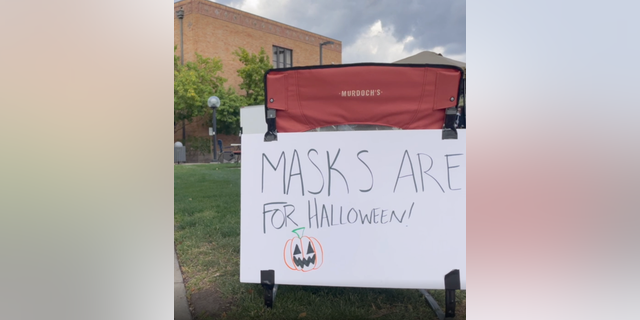 But Douglas County School District superintendent Corey Wise told parents in early October that the mandate would remain in effect for the school district.

The newly formed Douglas County Health Department on Oct. 8 took the mandate reversal a step further and approved a policy that allowed parents to exempt their children from mask mandates, including those required by schools.

The Douglas County School District subsequently issued guidance on its website stating that it would comply with the order. “To clarify, DCSD procedures for masking in schools remain in place with the exception of a new avenue for families to exempt their children from mask-wearing, if desired,” the guidance states.

To mend the division over the last year around COVID-19 and the equity policy, Williams said her first goal as a board member would be to bring people together.

“I think the first priority would have to be just building trust with our teachers, with the community, just really bringing people back together,” she told Fox News. “There’s been so much pitting against each other and it’s not good.”

Peterson said he hopes Douglas County can refocus on educational performance, something he believes should unite parents.

“The thing that Douglas County needs most is a return to focusing on the key aspects of recovery, growth and achievement in education, and that’s something all political sides can agree upon,” he told Fox News.

Fox News extended interview requests to all eight candidates. A representative for Beth Myers told Fox News she was out of town on previously scheduled travel. All four candidates on the CommUnity Matter slate declined Fox News’ requests.