Man, 32, who died in fire at luxury Scottish hotel alongside his boyfriend after porter put burning embers in a cupboard told his mother he was ‘drowning in dreams for the future’ before he was ‘unlawfully killed’, inquest hears

A man who died with his boyfriend in a fire at a luxury Scottish hotel told his mother he was ‘drowning in dreams’ for his future the day before the fatal blaze, an inquest today heard.

A Scottish court previously heard the blaze was ignited after a night porter removed hot ash from an open fire and placed it in a plastic bag inside a cupboard that contained kindling and newspapers.

Now, at an inquest into the couple’s death, a coroner has ruled that Mr Midgley and partner Mr Dyson were ‘unlawfully killed’. 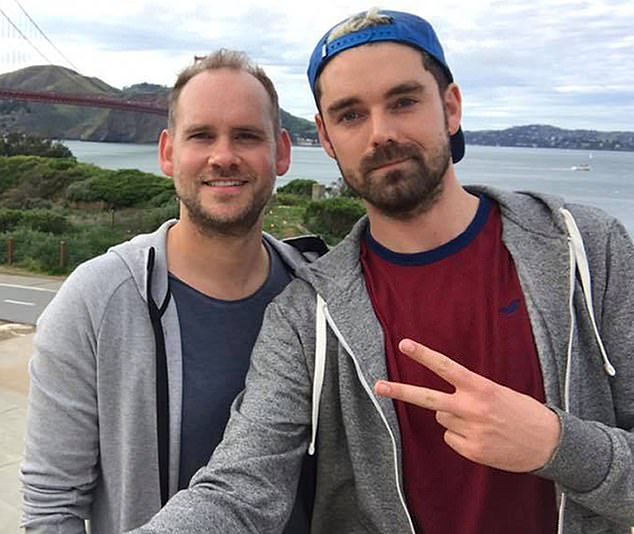 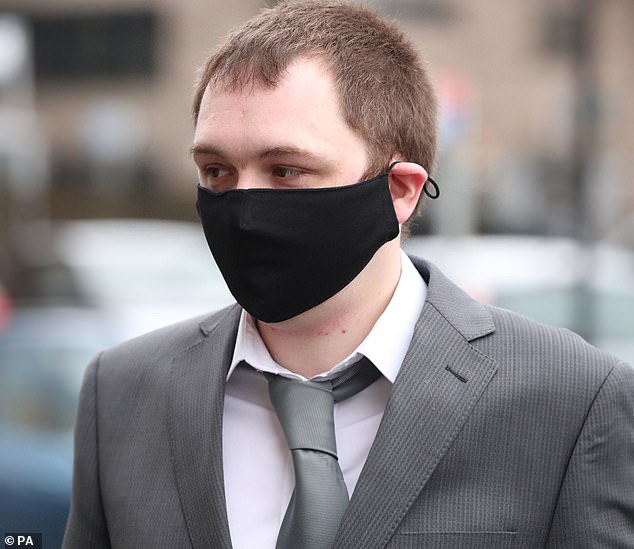 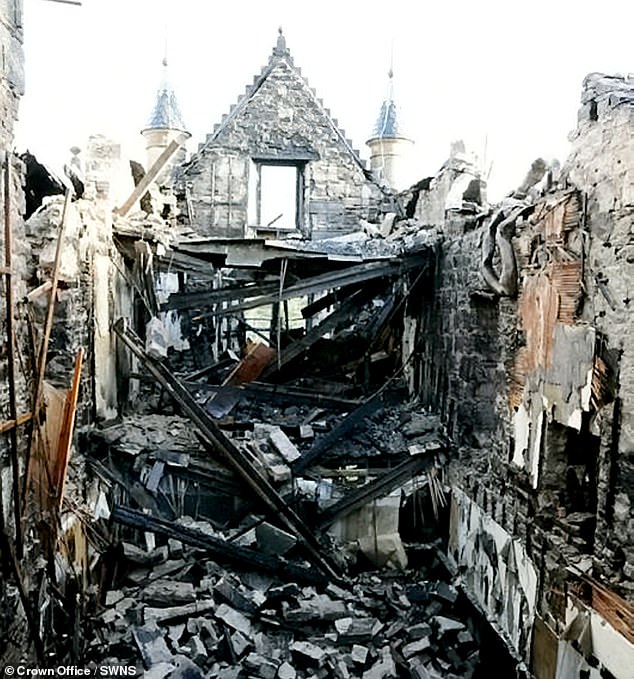 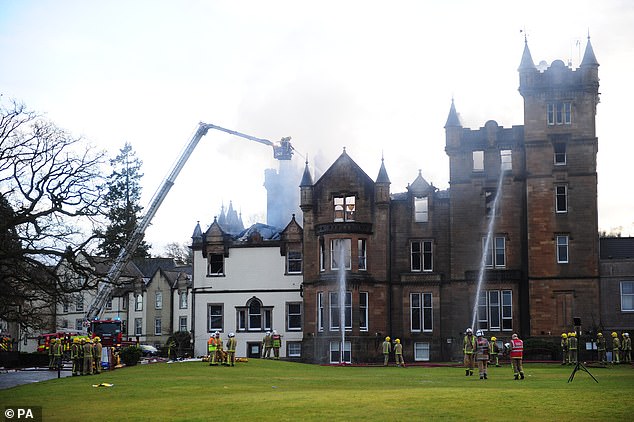 The inquest, held in Wakefield, West Yorkshire, close to the Yorkshire towns of Leeds and Wetherby where the men grew up, today heard from Mr Midgley’s mother Jane.

She said her son, who lived with his partner in north London, had phoned her from the hotel on December 17, 2017, saying the couple were ‘having a fabulous time’ at the Scottish retreat.

Mrs Midgley, from Pudsey, Leeds, told the inquest: ‘(He told me) I’m drowning in dreams, mother dear. And I promise you life is going to be good from now on

‘(He said) I’m so looking forward to spending Christmas with you. Don’t forget my pigs-in-blankets.’

‘Everything was normal, he was so excited.’ 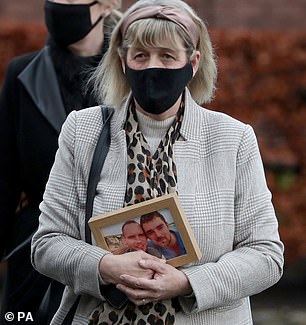 The court heard just hours after the call, at around 6:39am on December 18, 2017, an alarm sounded after staff noticed smoke coming from a cupboard.

As fire tore through the hotel, an evacuation of more than 200 guests was carried out before it was established at 8am that Mr Midgley and Mr Dyson were missing.

Firefighters recovered them from the second floor, but the couple were found to have died as a result of smoke and fire gas inhalation.

Coroner Kevin McLoughlin today told the inquest he was concerned about the length of time between the evacuation, before 7am, and a roll call of guests, after 8am.

He said: ‘During the course of the inquest the evidence revealed matters giving rise to concern. In my opinion, there is a risk that future deaths will occur unless action is taken.’

The court heard there was only a physical guest list, which was left in the hotel during the evacuation, and the roll call was not carried out until after the guest list had been recovered by firefighters after 8am.

The coroner said he will write to the Secretary of State for Business to highlight the issue.

He added: ‘It’s important that people are able to act quickly. I think that rather than having paper lists of guests, it cries out for a technological solution. 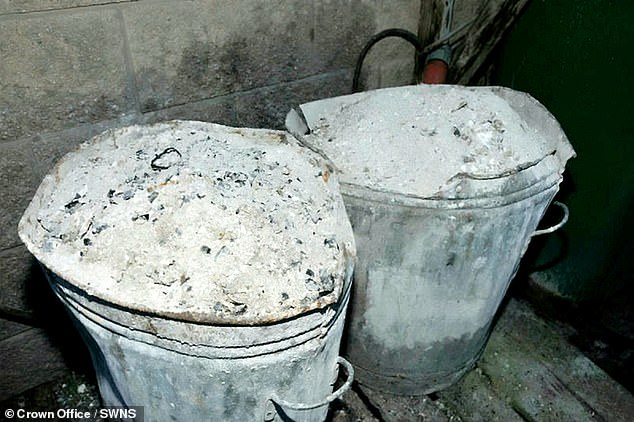 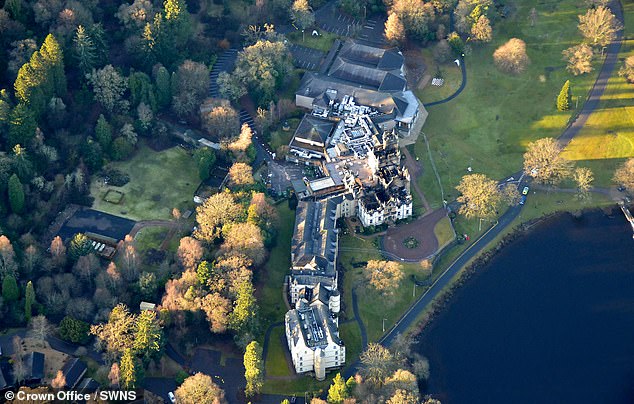 More than 200 guests were evacuated from the building during the fire, including a family of two adults and a child who were rescued by ladder and taken to hospital

‘My concern stems from any possible delay between the arrival of the fire service and establishing whether any guests are missing.

‘The roll call was not carried out until an hour later [after the fire began].’

Mr McLoughlin told the court help could be offered ‘much quicker’ if the protocol was different.

He suggested that cloud-based computer guest lists accessible by firefighters might be a solution, but added: ‘Whether that would have made a difference in this case we cannot say.’

The coroner said he will copy Scottish authorities into his report, and the issue ‘deserves explanation and consideration’.

Mr McLoughlin said he had decided he could safely conclude both men had been unlawfully killed, despite there being no manslaughter prosecution in Scotland.

He said one key element of this decision was that the hotel had been ‘expressly warned’ about slack procedures for dealing with embers from open fires.

A police investigation found the blaze began after night porter O’Malley, 35, removed hot ash from an open fire and placed it in a plastic bag inside a cupboard that contained kindling. 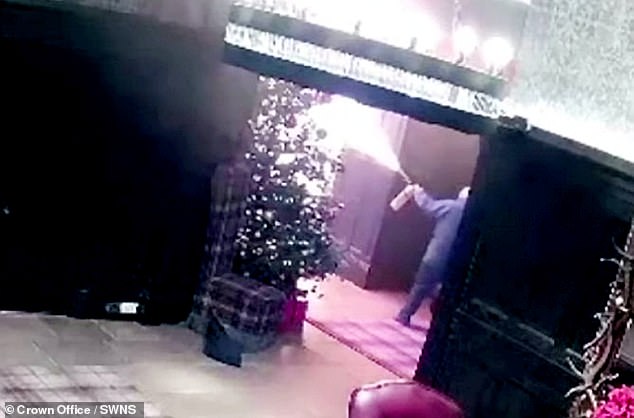 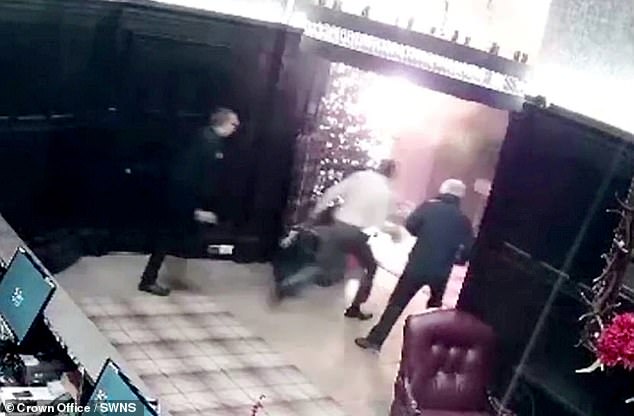 The Scottish court previously heard O’Malley had been told not to put ash in plastic bags and that, in August 2017, the fire service had carried out an audit of the hotel which highlighted the risks of combustibles being stored within the cupboard.

However, no procedure had been put in place covering the emptying of hot ash from open fires, despite fire risk assessments carried out in 2016 and 2017, the court heard.

In addition to hearing from Mrs Midgley, the court also heard a victim impact statement read out by Mr Dyson’s dad Richard, who was tearful on the witness stand.

He said: ‘Richard was engaging, amusing company, he was hard-working and talented, he was a gentle and loving person with a wonderful, infectious laugh.

‘He was loved by so many. Richard is, and always will be, our youngest son.’

Speaking briefly after the two-hour long hearing, Mrs Midgley said she would continue ‘fighting’ for answers over the death of her son and Mr Dyson.

She wants a fatal accident enquiry to be carried out in Scotland in order to establish more about the circumstances surrounding the tragic incident.