Nearly 3,500 people, including 31 foreigners from 14 countries, quarantined in 45 centres across the island nation. 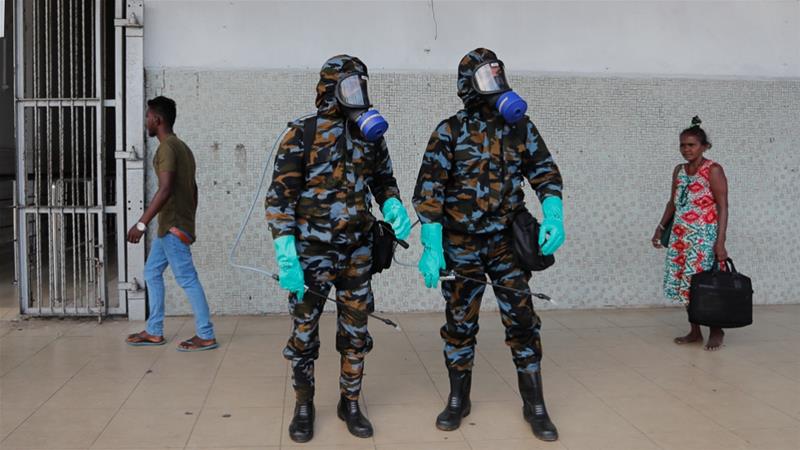 Colombo, Sri Lanka – Sri Lanka has extended a curfew in selected districts to combat the outbreak of coronavirus pandemic, with total cases of infection in the country reaching almost 100.

The countrywide curfew imposed on Friday was supposed to expire on Monday morning. However, it has now been extended to the districts of Colombo, Gampaha, Puttalam, Jaffna, Mullaitivu, Kilinochchi, Mannar and Vavuniya until Tuesday, according to a statement by the presidential office on Monday.

Since then, the outbreak has accelerated on the island nation of roughly 21 million, reaching at least 95 cases, according to the country’s health ministry.

Most patients appear to be recent travellers from countries that were some of the worst-hit by the global outbreak of the highly contagious virus, including Italy and South Korea.

At least 3,506 people, including 31 foreigners from 14 countries, remain quarantined in 45 centres across the country, according to the National Operation Centre for Prevention of COVID-19 Outbreak.

“There is fear that the numbers could rise up as some of the returnees from COVID-19-hit countries escaped from quarantine process,” said Ananda Wijewickrama, consultant at Infectious Diseases Hospital (IDH) in capital Colombo.

Earlier, police imposed a curfew in Puttalam district and several areas of the Western Province amid claims that people who escaped the quarantine process had gone to their homes in those areas.

Following the imposition of the countrywide curfew on Friday, people across the country were reported to be rushing to stores to buy essential supplies and medicine.

Prime Minister Mahinda Rajapaksa, however, assured citizens in a televised address on Friday that there were adequate stocks of basic necessities.

“We are able to provide you the daily needs. We have adequate stock of medicine, food, drinks and fuel for months,” he said.

Earlier, his brother and President Gotabaya Rajapaksa ordered a reduction in the prices of certain essential commodities in order to aid the public during the crisis.

Doctors fear they do not have enough resources to deal with a large-scale outbreak. So far, all patients who test positive for COVID-19 are being treated at the Infectious Diseases Hospital (IDH) in Colombo.

“We are expanding the ICU by converting a section of the hospital into it,” said Wijewickrama. “The air force is building a small building within the hospital premises. They will complete the work within three [or] four days.”

To check the spread of COVID-19, the Sri Lankan government has closed all international commercial flights into the country until at least March 25. A mandatory 14-day quarantine process is in place for those who have returned from countries where large-scale COVID-19 outbreak has been detected.

The imposition of a curfew was aimed at promoting social distancing, which the World Health Organization has recommended to curb the spread of the virus.

Authorities are strictly enforcing the curfew, with at least 1,600 people arrested for violating it over the weekend, according to the Sri Lankan police.

“When we compare COVID-19 situation in Sri Lanka with Italy, we can say that Sri Lanka is capable of stopping the spread,” he said, as he lauded the government’s decision to impose curfew early in the outbreak to curb the spread of the virus.

China is supporting the Sri Lankan government’s efforts, with a $500m loan extended last week to help fight the virus, according to a statement issued by the Chinese foreign ministry. 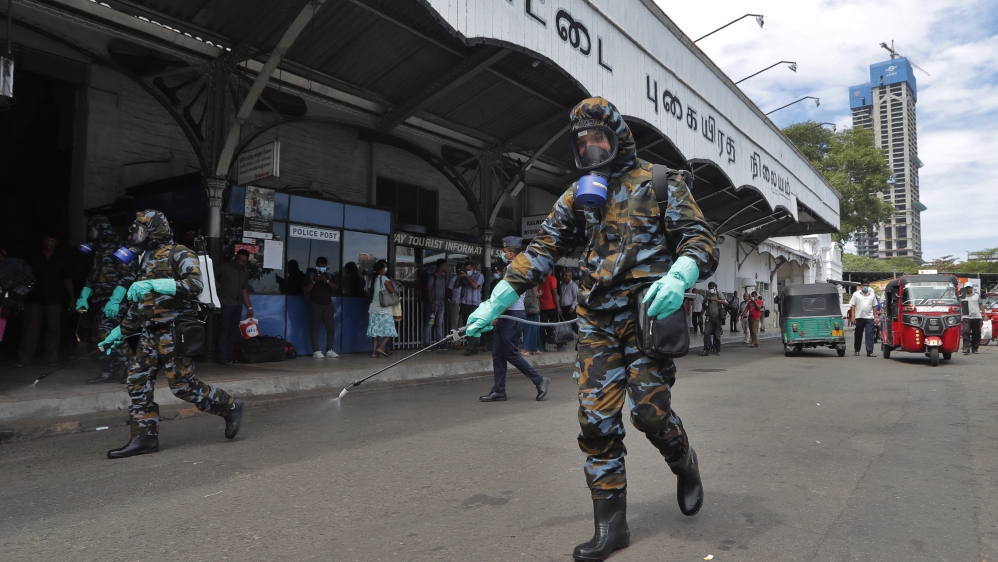 Sri Lanka significantly depends on tourism, which makes up nearly 5 percent of its $87bn GDP. Those in the tourism industry fear the global downturn in travel could affect the island nation disproportionately.

The tourism sector in Sri Lanka provides direct or indirect employment to at least 500,000 people, according to a hotel owners’ group.

“The tourism sector provides a significant amount of jobs to Sri Lankans … More than two million people depend on income from tourism,” said Sanath Ukwatte, president of the Hotel Association of Sri Lanka.

Tourism has been down since the 2019 Easter Sunday attacks, which targeted luxury hotels and Christian churches, killing more than 250 people.

In January this year, Ukwatte had said Sri Lanka’s tourism industry was recovering. Today, however, only about 10,000 tourists remain in the country, he said.