A Scottish pilot who was on life support for more than two months in Vietnam is returning home.

Stephen Cameron, 42, was once Vietnam’s most critical COVID-19 patient but has now been told he is virus-free and healthy enough to travel back to Scotland.

He had spent 65 days on life support and doctors had at one point considered a transplant as his lungs were 90% damaged and non-functional. 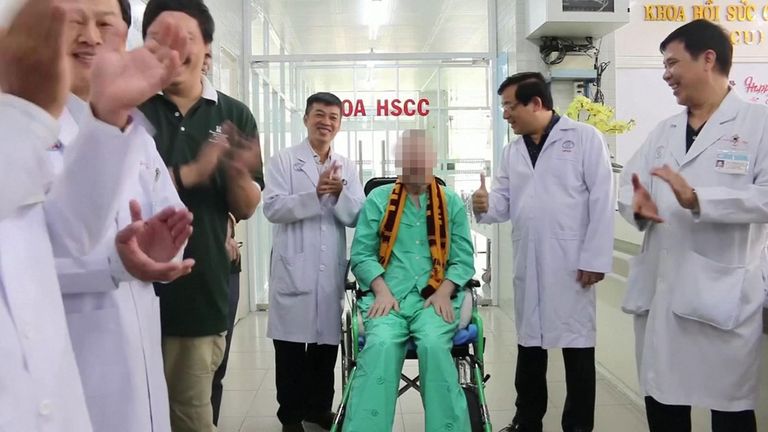 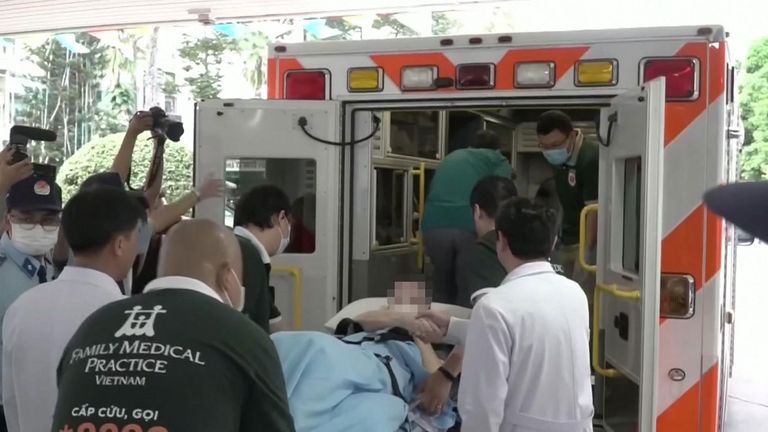 Mr Cameron was Vietnam’s last patient in ICU, and his recovery means the country has still not recorded any COVID-19 deaths.

He is known in Vietnam as “Patient 91” after being the 91st person in the country confirmed to have coronavirus.

“The odds say that I shouldn’t be here, so I can only thank everybody here for doing what they have done,” Mr Cameron said in a video released by the Cho Ray Hospital where he was treated.

Sitting in a wheelchair surrounded by a group of doctors, he added: “I’m going home with a happy heart because I’m going home, but it is sad that I’m leaving so many people here that I’m friends with.”

“But he made it,” Mr Linh said, adding that Mr Cameron is now free of the virus and breathes normally without any support. 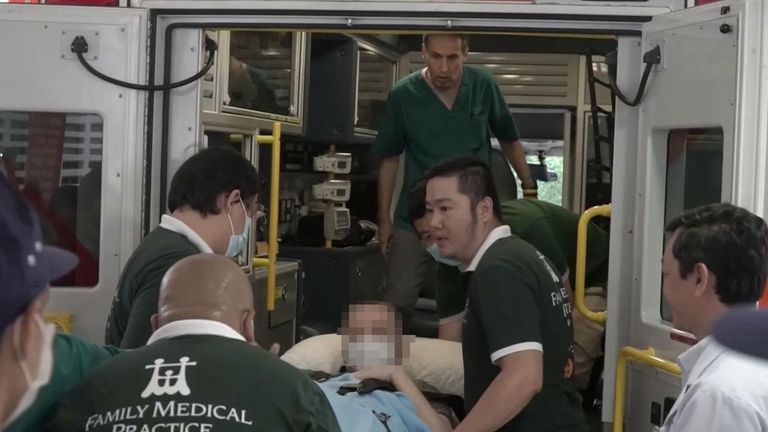 Mr Cameron was taken by ambulance to Ho Chi Minh City airport after being discharged from hospital on Saturday.

He was scheduled to fly to Hanoi, Vietnam’s capital, before taking a flight to London and landing on Sunday morning. 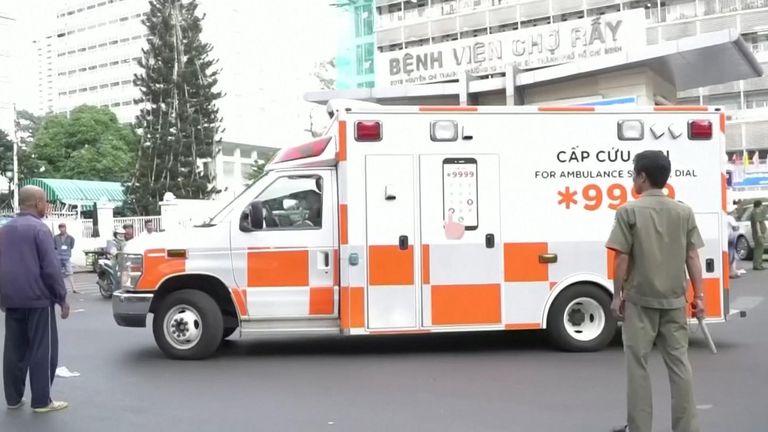 The 42-year-old was working for national carrier Vietnam Airlines when he tested positive for coronavirus in March.

He was linked to a cluster of cases at a bar in Ho Chi Minh City which resulted in two dozen infections.

Vietnam has reported 370 coronavirus cases, and has not found any locally transmitted infections in nearly three months.

All recent cases are people who were infected abroad and they have been placed in government quarantine facilities.