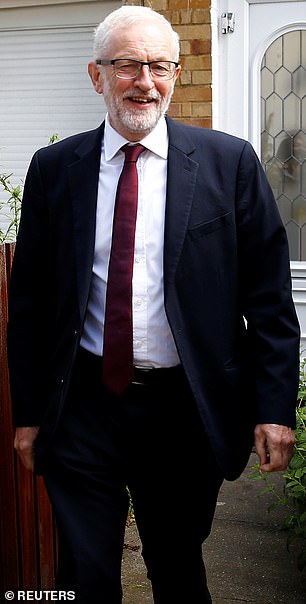 A Corbyn fanatic has intimidated equality investigators with threats of violence after they announced an inquiry into anti-Semitism in Labour, MailOnline can reveal.

Yesterday, the Equalities and Human Rights Commission (EHRC) announced a formal investigation into allegations of anti-Jewish prejudice in the party.

A Corbyn supporter, who cannot be named for legal reasons, wrote a blog calling for violence against Adam Wagner, a lawyer who has worked for the EHRC in the past, and other members of the EHRC.

He wrote: ‘I have thought for years that if Corbyn really did have the Irish, Middle Eastern and other connections that were routinely suggested, then all sorts of people would have been visited at home by now,’ he wrote, referring to Hamas, the IRA and other terror groups linked to the Labour leader.

‘Perhaps the members and senior staff of the EHRC really do need to be paid a few social calls? That would sharp bring this, publicly funded, nonsense to an end.’

In a specific reference to Mr Wagner, he added: ‘The Boys might usefully begin with Adam Wagner.’

The Labour member amplified this threat on Twitter, saying: ‘The members and the senior staff of @EHRC need to be visited at home. The Boys might usefully begin with @AdamWagner1’.

Although Mr Wagner, a barrister, has worked for the EHRC, he is playing no part in the Labour investigation as he acts for the Campaign Against Anti-Semitism (CAA), one of the complainants. 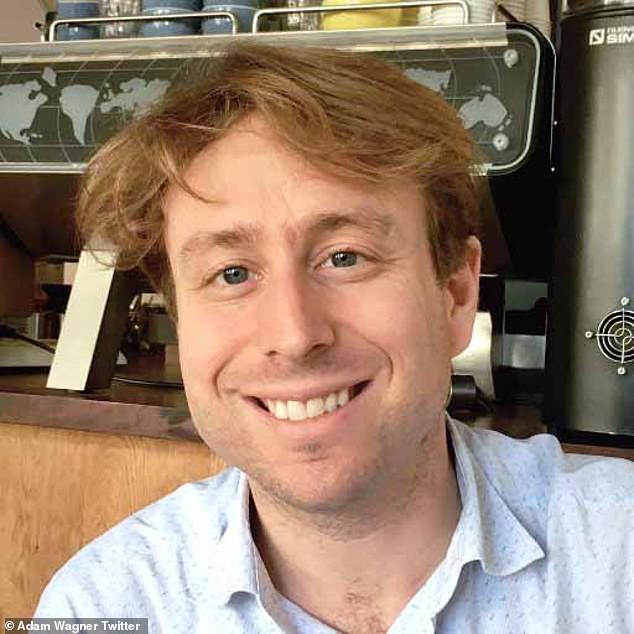 A Corbyn supporter, who cannot be named for legal reasons, wrote a blog calling for violence against Adam Wagner (pictured), a lawyer who has worked for the EHRC in the past, and other members of the EHRC

The EHRC announced that it would open a formal investigation into the Labour party following a complaint by the CAA and other groups.

Gideon Falter, chairman of the CAA, said: ‘As soon as the EHRC launched its statutory investigation into anti-Semitism in Labour, supporters of the party proved how urgent the investigation was by declaring that there is no antisemitism within Labour, and additionally that the Commission was controlled by Jews or Zionists or even the Israeli government.

‘Now threats have been made against the Commission’s staff and CAA’s team. We have reported the matter to the police and expect those responsible to feel the full force of the law.’

His threats are not the only example of abuse directed at members of the EHRC, with many activists taking to Twitter to suggest that the EHRC is made up of Jews who would be biased.

The Labour member is a former parish councillor and as well as a political activist. 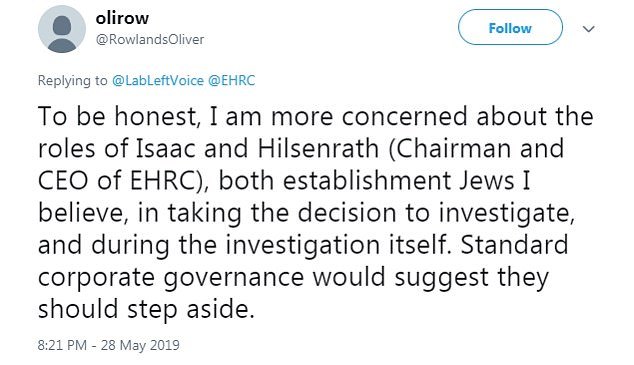 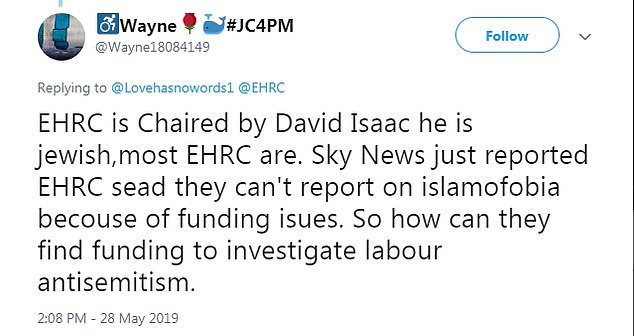 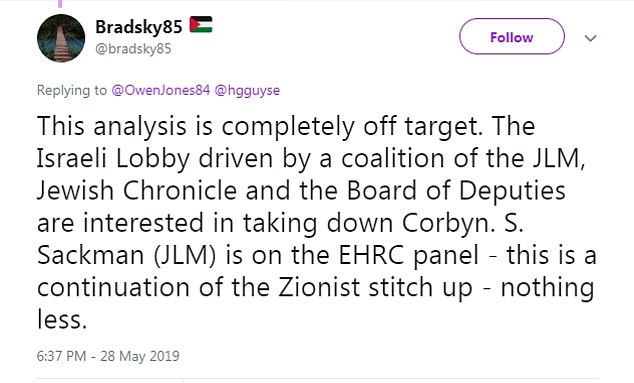 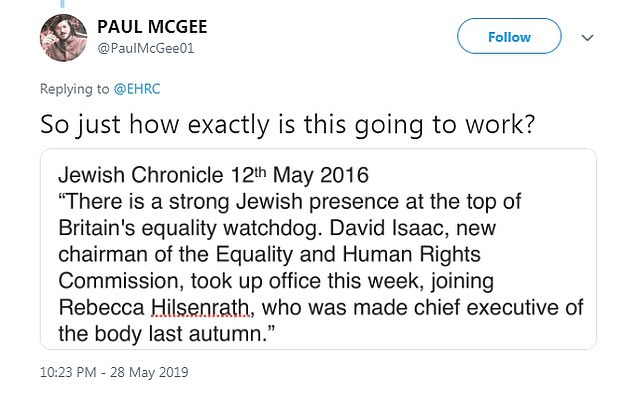