DETECTIVES have launched a manhunt after a suspected burglar leapt out of the dock and fled the court “covered in blood”.

Jack Tyler, 28, was chased by “hapless” officers and court staff after making a break for it at Hove Crown Court this afternoon. 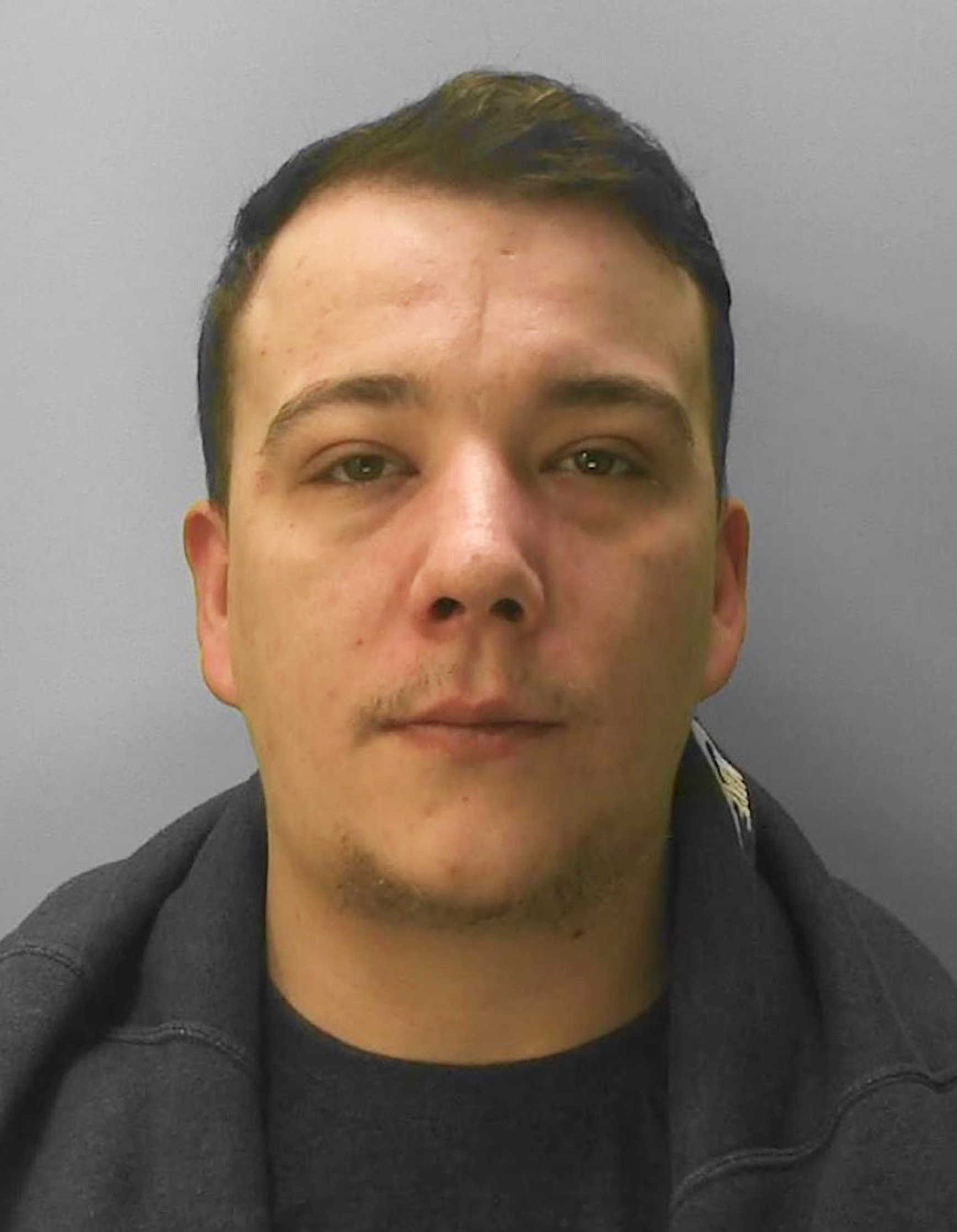 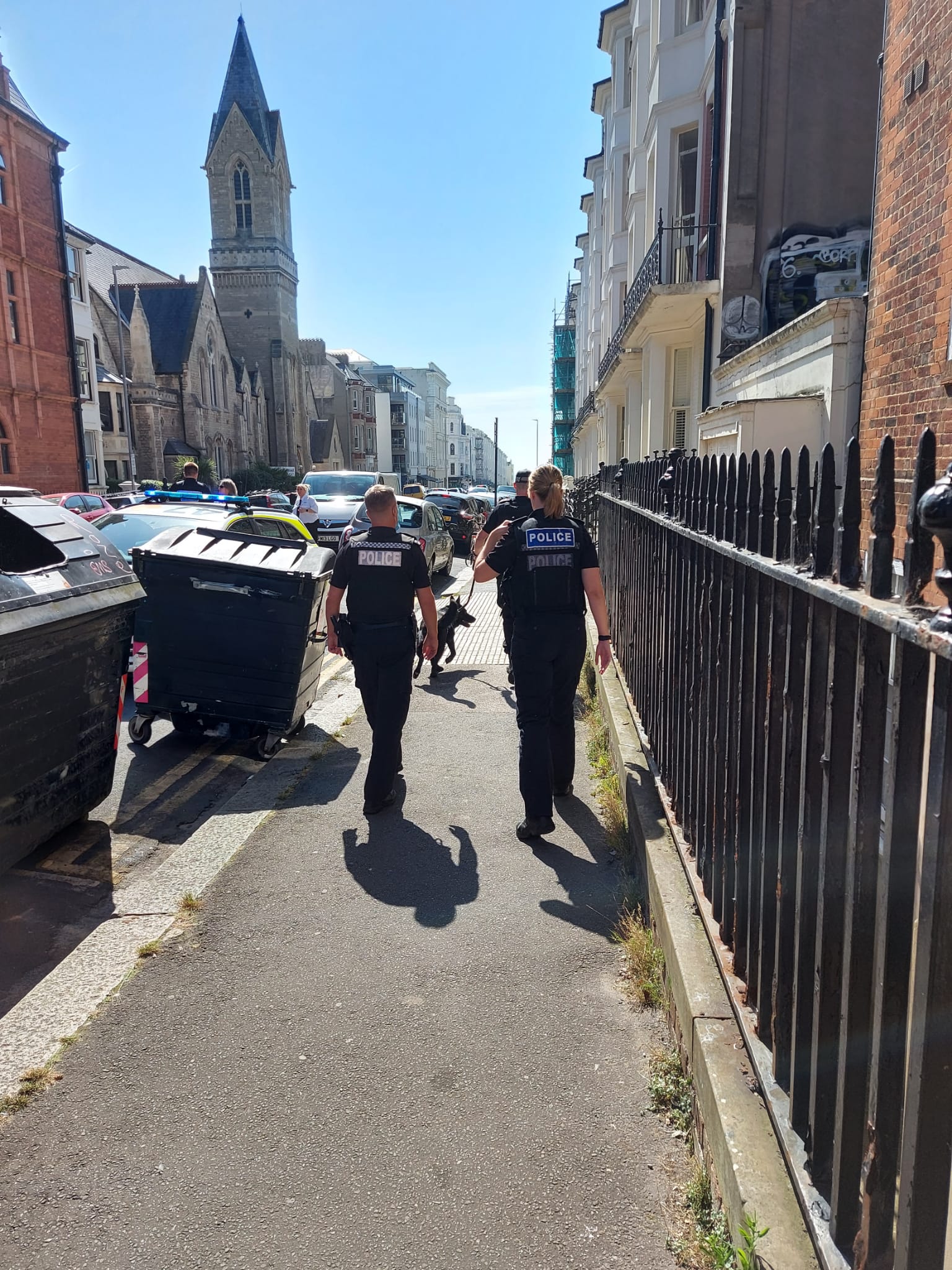 The suspected burglar managed to escape the officers running after him, sparking an investigation into his whereabouts.

Sussex Police are still searching for Tyler in buildings close to the court house this afternoon.

Officers said he is 5ft 4in in height, of stocky build with dark, shaved hair and was wearing a dark zipped-up jumper, dark jogging bottoms and one blue and white trainer.

A witness told The Sun: “I can see the front of the courthouse from my flat, and I looked out the window because I heard someone shouting, and basically this guy was bolting down the road with these court security guards chasing him.

“And then they were fiddling for the handcuffs, so I was just looking out and then more and more security guards came out of the courthouse.

“Then within a couple of minutes there were about 10 police cars, police dogs checking every single building, going into all the buildings checking the cars, in the bins.

“I asked one of the policemen and he said there’s someone ‘covered in blood’ and walking around with a limp, and if you see him let us know.

“Someone must have fought their way out of the courthouse, and now there’s a major manhunt for this guy.

“I’ve never seen so many police cars in Hove before. There’s pretty much a police car in every single street.

“It happened really quickly, the bloke was average height, police said he was covered in blood and had hurt his leg.

“He wasn’t in handcuffs, so he can’t have been in for something too serious. But he managed to make some escape.”

Tyler was previously arrested by police in August following an appeal for information on his whereabouts.

He was charged with burglary and affray, and remanded in custody to appear before Hove Crown Court today.

A spokesman from Sussex Police said: "Anyone who sees him or has any information as to his whereabouts is asked to dial 999 quoting serial 611 of 08/09." 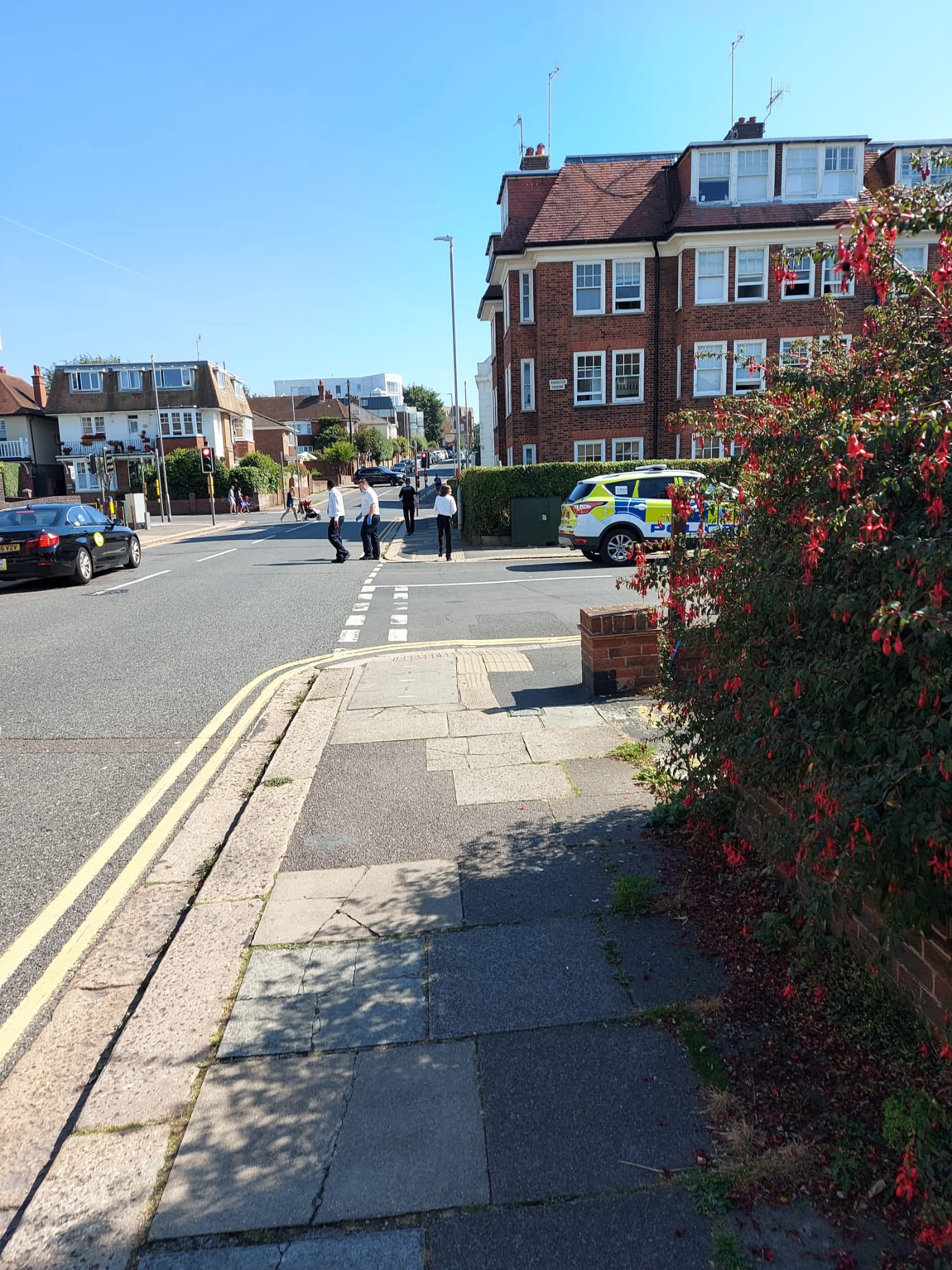 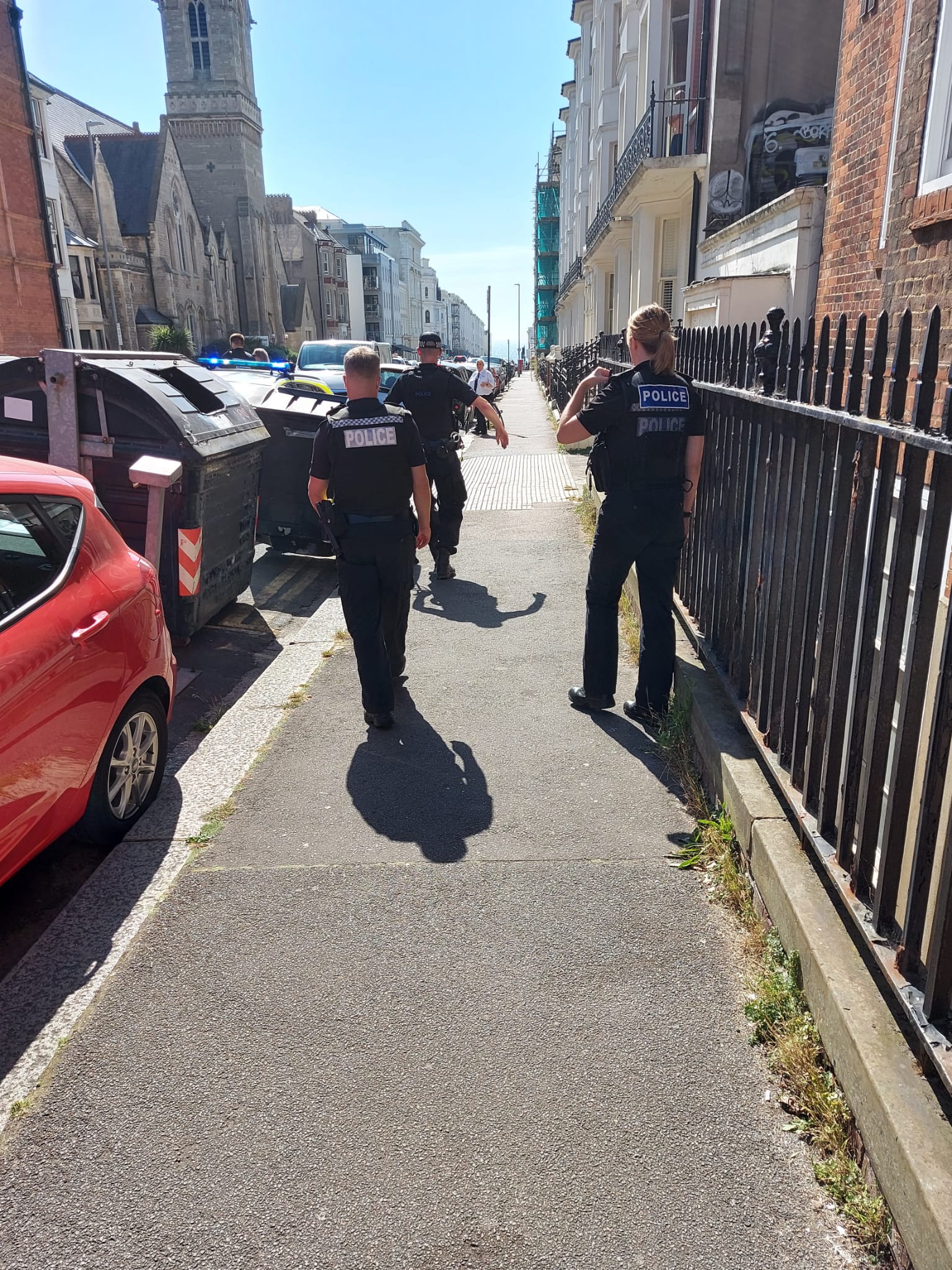