The daughter of a man missing since 2013 says Germany’s conviction of a Syrian ex-intelligence officer should not absolve the international community for its failures to deal with President al Assad’s war crimes.

Anwar Raslan, who was granted asylum in Germany in 2014, was jailed for life in Koblenz for murder, rape and crimes against humanity.

He was found guilty on 27 out 58 charges carried out at a Damascus prison run by a unit of the Syrian security services. He denied all the counts.

Prosecutors claimed Raslan, 58, supervised the “systematic and brutal torture” of thousands of inmates.

Judges ruled he was responsible for 27 deaths. 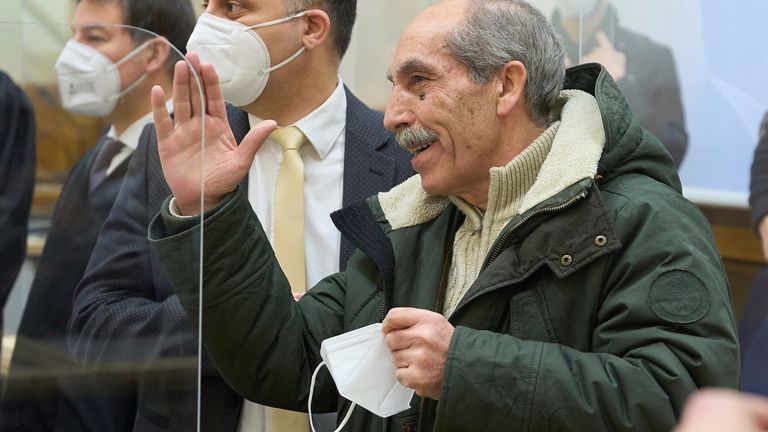 It was the first conviction for state-backed torture during the Syrian war.

But Wafa Ali Mustafa told Sky News the conviction is a hollow victory because she still does not know if her Syrian father is still alive and where he could be held.

She said: “This conviction is one of mixed emotions. It is good the trial happened but it is a first, very small step on a very long journey. And yet part of me is disappointed.

“Nothing has changed internationally with regard to Syria. There has been no international action against Bashar al Assad.

“If the international community is not willing to save people, then what does it say about the world?”

Wafa said her father Ali, who was a critic of the Syrian regime, disappeared in July 2013. Neighbours told the family a group of armed men seized him.

Her family has heard nothing about his whereabouts since despite spending time and money trying to locate him. 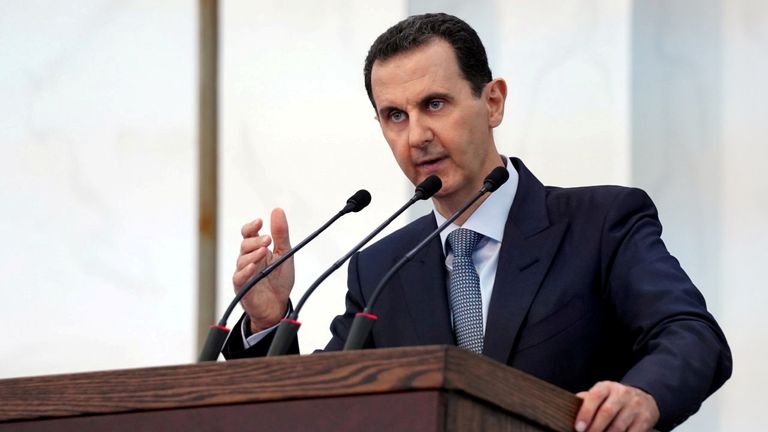 She told Sky News that the most painful thing is not knowing if he is alive or dead. She said: “Living with that uncertainty is a form of torture.”

Wafa fled Syria a week after her father vanished, first to Turkey before being granted asylum in Germany where she now lives.

She said that whilst many have applauded Germany for the trial, which has convicted one of the president’s footmen, she has been left feeling angry and disappointed.

“I have zero faith in the international community. I just thought, the minute the verdict came out, that nothing has changed in my life.”

Wafa said she cannot share the optimism of many after the verdict that this will lead to accountability for Mr Assad and his government.

She said: “I worry that this legal process is an alternative for dealing with Syria and stopping the regime.”

But she said she understands that it is still important to bring those who fled Syria after carrying out Mr Assad’s orders to justice.