ATHENS (Reuters) – Greeks voted on Sunday in the second round of local elections that are expected to show the conservative opposition party consolidating gains ahead of a snap general election next month. 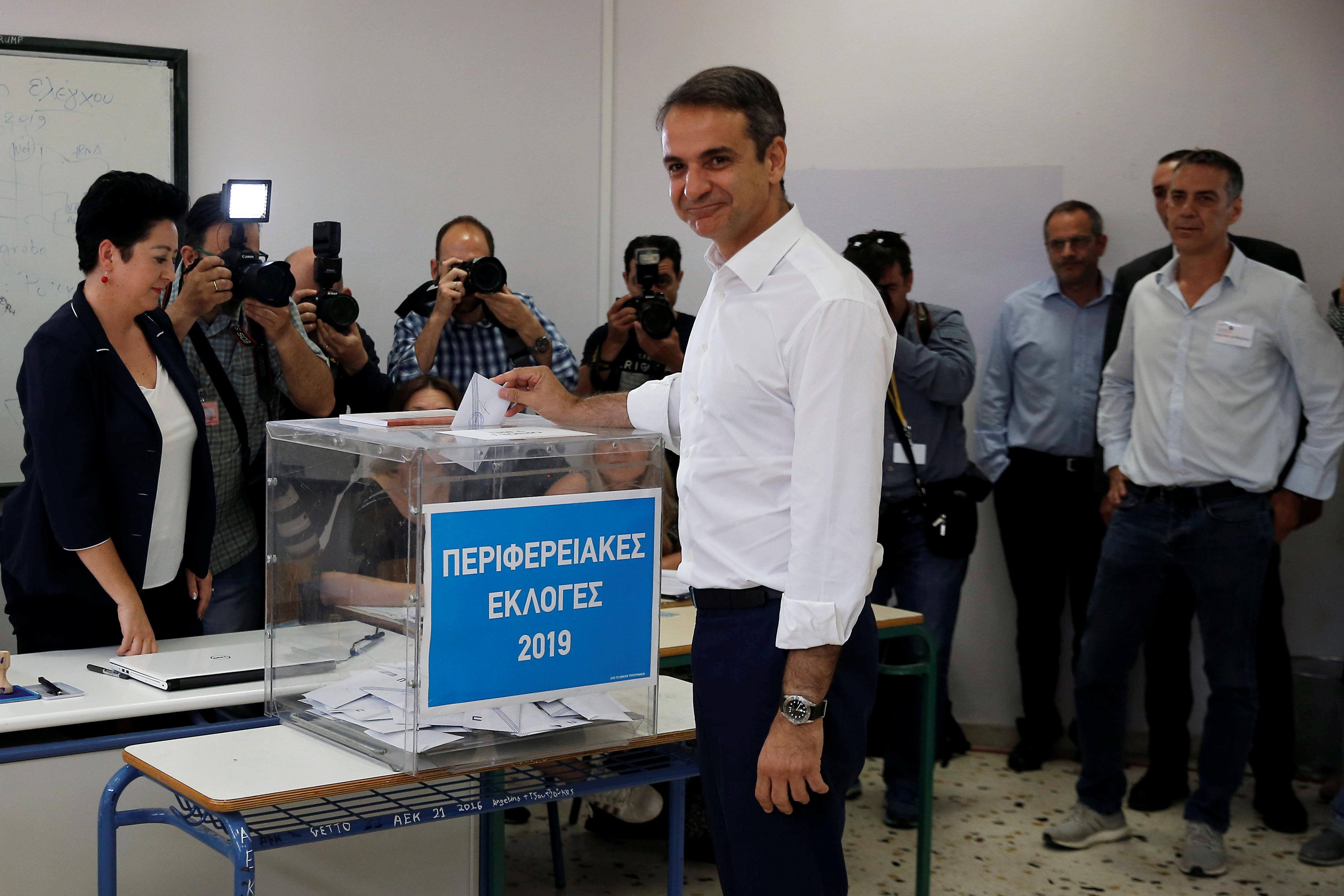 The snap election is expected to take place on July 7.

Mayoral seats for Athens and Thessaloniki – Greece’s biggest cities – and the district governor seat for the wider Athens area are the top prizes up for grabs in Sunday’s runoffs.

First round results pointed to a victory for New Democracy candidates in all three, handing the conservatives another boost before Greeks return to vote in the expected election next month.

“We are calling on citizens to choose progressive mayoral and district candidates today…against the representatives of conservatism,” Tsipras said after casting his ballot in central Athens on Sunday.

Exit poll results are due at 1600 GMT, with initial results expected after 1800 GMT.

The Athens mayor seat is expected to be won by New Democracy’s Kostas Bakoyannis, who won 42.65% of the vote last Sunday, 26 points ahead of his nearest rival.

Conservative candidate Nikos Tachiaos is the frontrunner in Thessaloniki after winning a 22.4% share of the vote last week, with a 7.5 point lead over his nearest rival.

In last Sunday’s European Parliament vote, Syriza trailed New Democracy by about ten points. New Democracy also won five out of six regions across the country where a prefect, or district governor, was elected in the first round.

Once a leftist firebrand, Tsipras, 44, came to power in 2015 on an anti-austerity platform, but was forced into a painful new bailout months later, when faced with a choice of that or being turfed out of the euro zone.

Greece emerged from the close supervision of lenders in August 2018. The government last month introduced tax cuts and pension payouts, going some way toward unwinding some of the austerity measures.

Some analysts have said the handouts may have averted a steeper defeat in the European election.

New Democracy leader Kyriakos Mitsotakis has promised tax cuts and attracting investments to help Greece grow faster after the country lost more than a quarter of its output during the crisis.